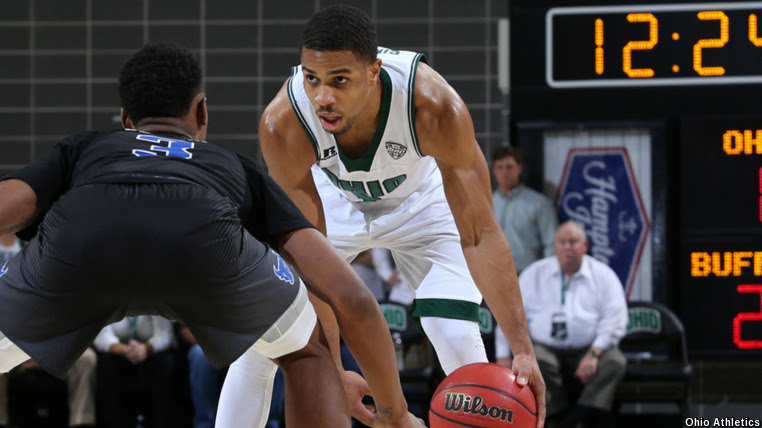 “I’m very excited about his personality and his desire to lead,” Beilein said Friday. “He’s just fundamentally so sound. … Just as a person, I wanted to coach the kid after spending an hour with him. The leadership and desire to win, I can’t even tell you who he reminds me of. I have a sense he’s going to be a really special addition to this team.”

John Beilein had an important decision to make this offseason.

With the graduation of Derrick Walton Jr., Michigan’s head coach faced the possibility of entering next season with a lack of experience at the point guard position — perhaps the most crucial position in his offensive system.

Beilein was complimentary of both Xavier Simpson, who he said “improved a lot this year,” and Eli Brooks. But while Simpson earned more playing time as the season progressed, he still averaged just 8.7 minutes per game, while Brooks will be just a freshman come fall.

So after speaking with both Brooks and Simpson and making sure the two were okay with his decision to look for more experienced help, Beilein scoured the grad-transfer market, looking for someone who would be able to serve as a mentor to his two young point guards while being able to step in and capably lead the Michigan offense.

And it didn’t take long before he found his man in former Ohio University point guard Jaaron Simmons.

“I’m very excited about his personality and his desire to lead,” Beilein said Friday. “He’s just fundamentally so sound. … Just as a person, I wanted to coach the kid after spending an hour with him. The leadership and desire to win, I can’t even tell you who he reminds me of. I have a sense he’s going to be a really special addition to this team.

“… He’s not played in the NCAA Tournament, (and) he would love to be an NBA player. He sees that there’s a plan here for him to do both. He’s excited, and we’re excited.”

Beilein and the rest of the coaching staff took every aspect of such a decision into consideration. They were clearly smitten with Simmons’ skill on the court — and in Beilein’s case, especially Simmons’ ability to use the ball screen — but prioritized making sure that Simmons fit in off the court.

And if they had any concerns at all about Simmons’ fit on the team, they were assuaged when he took his official visit to Ann Arbor, where Simmons won over both his teammates and his new head coach.

“If I had any doubt in our visits with him that he was not going to be a good locker room guy, I wouldn’t care if he was even a better player than he is — he’s a good player, he’s All-MAC first team,” Beilein said. “But when I met and spent time with him, there was no doubt. On his official visit here, he clicked with our players really well.”

Beilein was quick to say that the starting point guard spot has not been locked down yet, and that both Simpson and Brooks will have their chance to earn it. But Simmons — given his past production and the vigor with which Michigan pursued him — appears to be the early favorite, and at the very least, should provide significant off-the-court benefits to his new team.

“Jaaron has four years of experience between Houston and playing at Ohio. He’s been well-coached at both spots,” Beilein said. “He’s obviously getting used to his new teammates and a different system but I know one thing, he’s extraordinary in the ball screen, and we like to do it too. He wants to win, and we like guys who prioritize winning over their own stats.

“We went all-in with him knowing we had that scholarship. We had to commit to him 100 percent and I made that decision rather than (wait).”