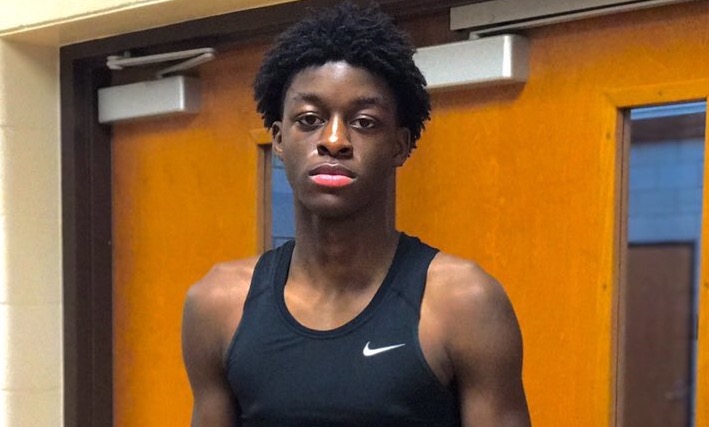 Michigan will host in-state wing Gabe Brown for an unofficial visit on Monday.

Gabe Brown may be an unfamiliar name to most — for now.

A 6’7” wing from Belleville, Brown has enjoyed a breakout spring on the EYBL circuit while playing with The Family, averaging 9.2 points per game and 4.2 rebounds per game on 48 percent shooting from the field.

The Wolverines, in particular, have been recruiting Brown since the summer after his sophomore year. He’s been to Ann Arbor multiple times, but has never gotten the full visit treatment.

That, however, will change this upcoming Monday, when Brown will take an unofficial to Michigan.

“They really wanted me to visit a long time ago,” Brown told UM Hoops. “Since AAU is over with and the June period is when I’m off, they want me to come up and visit, talk with the coaches.

“I’ve been there plenty of times but this is my first unofficial visit — like walking around the school, seeing the gyms, and all that. Last time I was there was Michigan vs. Ohio State (last season).”

That’s not all, though — Brown plans to hit Michigan’s open gym the very next day, and is also scheduled to attend Michigan’s team camp.

His plans to see more of what the Wolverines have to offer coincides with a period in which the two parties have been in constant contact. Brown said that Michigan head coach John Beilein watched him play a few times this spring, while Michigan has also attended 6 am workouts at his high school “a couple times.”

And his relationships with both Beilein and assistant coach Saddi Washington have only gotten stronger during this period, as well.

“They really treat you like a family member. They treat me like I’m one of their sons. They’ll take care of me, they’ll keep me focused, they’ll make sure I’m doing right. That’s what I love about them.”

Brown isn’t sure of whether he’s in line to receive an offer next Monday, but he says he prays that he does and that it would change his recruitment “a lot.” He mentioned that he has talked a lot with David DeJulius — his teammate on The Family — about playing together in college.

DeJulius, of course, is already committed to Michigan. Now, it appears Brown will have an opportunity this summer to earn an offer of his own from the Wolverines — and perhaps make his and DeJulius’ hopes of playing together at the next level reality.