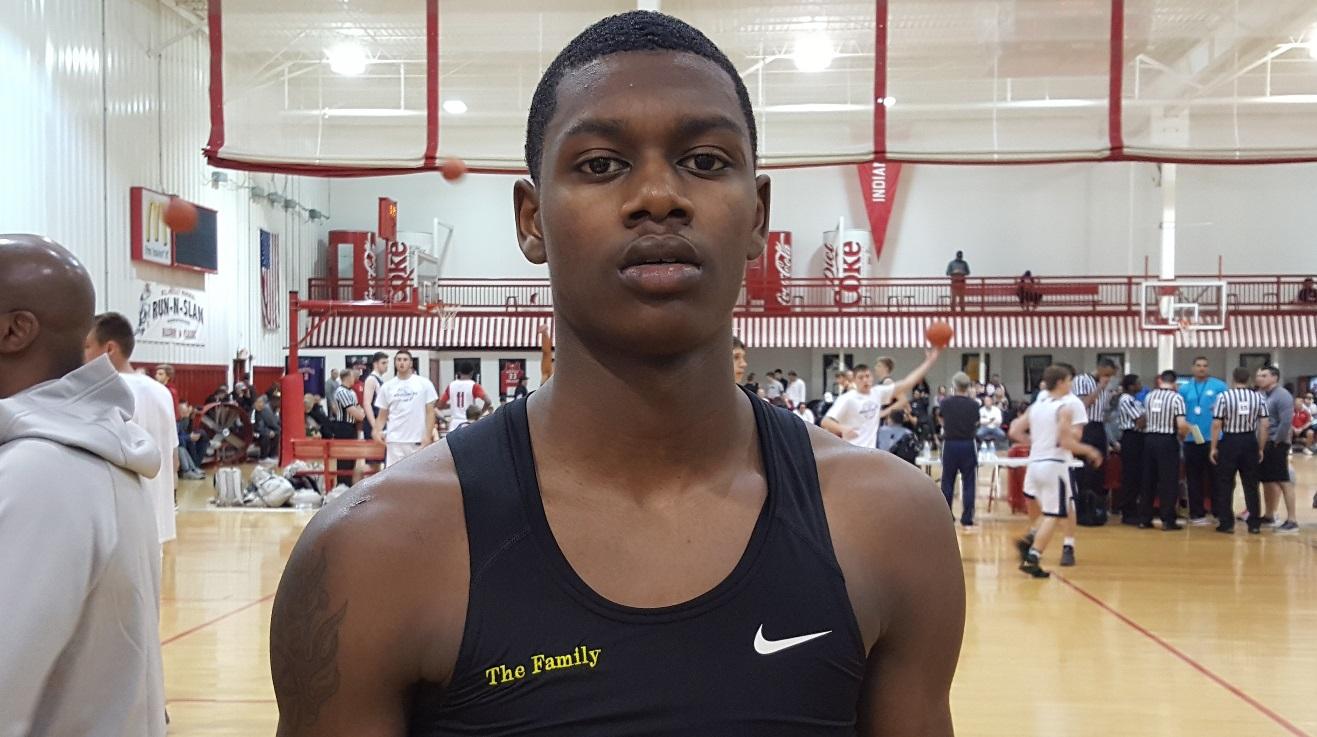 Mark “Rocket” Watts, a rising junior, now holds offers from Michigan and Michigan State but is in no rush to make a decision.

Yesterday was the first day that college coaches coaches could directly contact rising juniors, and John Beilein wasted no time offering a pair of players, including Mark “Rocket” Watts, Jr. out of Old Redford Academy in Detroit.

Watts, who describes his game as “John Wall without the dunking,” holds a bundle of offers, including Michigan State and Iowa within the Big Ten. He told UM Hoops yesterday he is in no rush to make a decision and probably won’t decide until his senior year.

“My teammates say I’m a leader,” Watts said. “I pick them up any time they’re down. I shoot the ball real well. I picked up my defense this year and getting my teammates involved.”

Clarkston big man Taylor Currie also received an offer yesterday, though he quickly committed. Currie ranks 149th on 247Sports’ composite rankings; Watts, a 6’2”, 180-pound combo guard, is 152nd, though he is in the top-100 on both Scout and Rivals.

While this might be hard for Michiganders to believe, Watts said growing up he didn’t lean towards maize and blue or green and white. His father has friends who attended both schools. The younger Watts has visited both and isn’t set on staying close to home.

“I’d be open to anything. But I’d like to stay home. If I stay, my family could come see me play a lot.”

He’s been on Michigan’s campus multiple times, including for a football win over Penn State back in September.

Academics and immediate playing time will be the two biggest factors in his decision.

“I don’t want to come in and play behind somebody. I want to get good minutes and play.”

Watts has a longstanding relationship with assistant coach Saddi Washington, dating back to his time at Oakland, and is also developing one with the head coach.

“Coach Beilein is a cool guy,” he said. “The whole coaching staff is cool. … I’ve got a close relationship with Coach Beilein.”

He’s also chatted with former Wolverine Derrick Walton, Jr. a couple of times and watched him play back when Walton played for Chandler Park.

Watts is skilled and fast—he got his nickname on the football field—and said his leadership and defense have improved this past year. This summer he will participate in Nike’s Elite 100 camp and a couple of camps with his high school team, and work on his game in the gym.

Watts plays for the AAU program The Family and previously played for Allen Academy before the charter school closed.