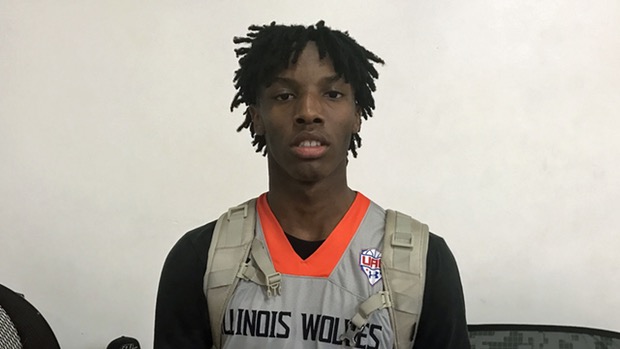 Michigan will host Chicago guard Ty Mosley for an unofficial visit on Monday.

Ty Mosley, it seems, may end up falling in that latter category.

Mosley, a 6’5” guard from Chicago, has a visit scheduled to Michigan this coming Monday.

Mosley is ranked 124th nationally in the class of 2018 according to the 247 Sports Composite rankings and had a couple of big performances on the Under Armour circuit this spring. He hasn’t been recruited by the Wolverines all that long — his coach received a call from Michigan’s staff last Wednesday.

“(Michigan) said they were very interested in me,” Mosley told UM Hoops. “The coach talked to my coach, and my coach told me (that) they wanted me to come up and see campus.”

According to Mosley, Michigan did not see him play on the AAU circuit. He believes they found out about him after contacting scouts — and to an extent, that describes his recruitment.

Suffice to say, Mosley has flown under the radar thus far. His Twitter handle — Mr. Underrated — reflects that.

That may be in part due to struggles earlier this spring on the AAU circuit. But Mosley says he eventually switched teams, played well at a couple tournaments in late April, and started receiving more interest from schools as a result.

In addition to Michigan, Mosley listed Illinois — a school he visited earlier this month — DePaul, Chicago State, TCU, Creighton, Oklahoma State, Missouri, Purdue, Pittsburgh, Tulsa, Ohio as schools that he has been hearing from.

While his relationship with Michigan is only in the beginning stages, Mosley is at least familiar with the team’s style of play — he says he watched the Wolverines play often — and is a fan.

“The system is slow, but I can play in almost any system because I know how to slow down and take my time, or run a fast break team,” Mosley said. “I can play any system. Michigan slows it down, and I like that.”

And when asked what he hopes to see during his visit next Monday, Mosley was short and to the point.