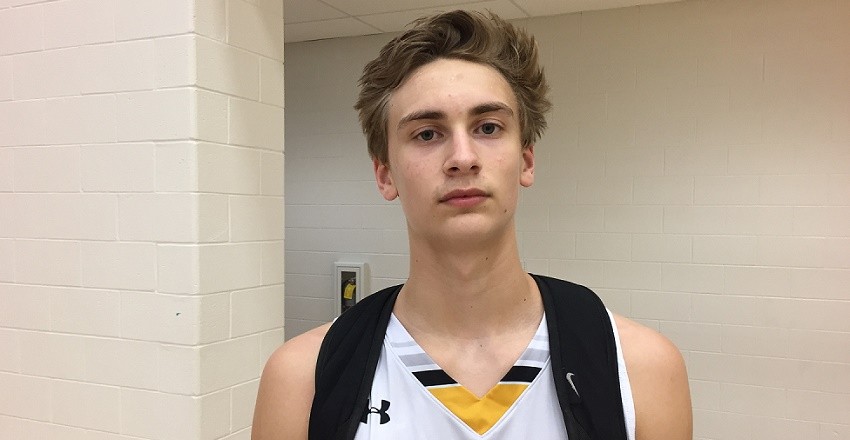 Hunter Tyson received a Michigan offer during his unofficial visit to campus on Friday, here’s his reaction and latest timeline.

Hunter Tyson knew there would be an offer waiting for him when he arrived in Ann Arbor for his visit Friday. The Michigan coaching staff had told him as much when he planned the trip.

Regardless of whether it was expected, Tyson was still thrilled when John Beilein told him he had an offer.

“We were sitting in the commons room, and (Beilein) was showing me the recruit board,” Tyson said. “He had pieces with guys’ names on it and he also had his players that are on the team now, and basically was showing me where I would fit in. And then he offered me.

“He asked me if I liked Michigan so far, and I said, ‘Yes sir,’ and then he said, ‘Well, then you have a scholarship here at Michigan.’ ”

The offer was the culmination of a thoroughly informative visit for Tyson and his family, who came up from North Carolina for the trip.

“We went to the practice facilities, all the facilities they use,” Tyson told UM Hoops. “They’ve got really cool technology to help develop their players. They showed me a dining hall, they showed me some of the schools — we went into the business school. They really showed me about everything they could all around campus.”

Among Tyson’s favorite moments of the trip were conversations with the coaching staff about how he would fit on the team — they view him as a ‘2’ or ‘3’ — and the opportunity to bond with current players on the team by playing pickup with them.

Tyson previously mentioned he hoped to make a decision after the July live period, and he said he plans to stick to that timeline.

“I did enjoy the visit, but I’m not ready to make a commitment just yet,” Tyson said. “I’m still thinking it over, talking to my family, and I’ll eventually make a decision.

“I wouldn’t say I have a leader right now, but I’m still thinking it over.”