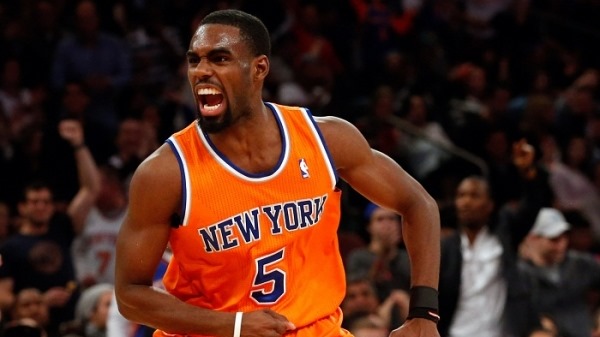 Several names have emerged as candidates for Michigan’s two assistant coaching vacancies over the last week. Here’s a rundown of the top candidates and what could come next along with some transactional notes from the NBA, where one former Wolverine signed a mega-deal.

Several names have emerged as candidates for Michigan’s two assistant coaching vacancies over the last week. Here’s a rundown of the top candidates and what could come next along with some transactional notes from the NBA, where one former Wolverine signed a mega-deal.

One important news bit before moving into the names, MLive confirmed that Chris Hunter and video coordinator Bryan Smothers are cleared to recruit for Michigan during the live evaluation period. This will allow the Wolverines to have their full staff allotment on the road for the July evaluation period where one of the priorities is being seen.

Patrick Beilein is a natural name to put on any list of candidates, but it remains unclear if the timing is right for him to rejoin his father on the bench in Ann Arbor. Patrick led LeMoyne to 22 wins last season (a 12 win improvement over his first season) and a trip to the Division II tournament and was named the Northeast 10 Coach of the Year. He’s certainly gaining his footing as a head coach which begs the question whether a move to Division I as an assistant be the right career path at this point in time.

He would obviously be a fit with his head coaching experience and he also knows John Beilein’s offense as well as anyone which could save on ramp up time and allow him to be a trusted right-hand.

Hunter interviewed for the opening last year has been on Beilein’s staff since 2014. He played at Michigan and had various stints professionally and in the NBA D-League and he has ties to Northwest Indiana as a Gary, Indiana native. As Director of Player Personnel, he already has strong relationships with the current team and his skillset should translate to a recruiting role. On the flipside, he doesn’t have any formal experience as an assistant coach other than his tenure as Michigan’s Director of Player Personnel.

MLive reported that Duquesne assistant coach Charles Thomas had an interview in Ann Arbor. He’s a Michigan native who grew up in Lansing and played at Eastern Michigan. He came into his own as an assistant coach for the last seven years under Keith Dambrot at Akron, who he recently followed to Duquesne. Dambrot was an assistant coach during part of Thomas’ time at Eastern Michigan and ran a very successful program at Akron, where the Zips finished 1st or tied for 1st the MAC East in 4 of the last 6 years.

Thomas fits the recruiting map very well with ties to the state of Michigan, but also with his connections in Ohio. Ohio is an area where Jeff Meyer was very successful and one that is very important to Michigan’s recruiting base.

High Major Scoop dropped Carmen Maciariello’s name on Twitter as a potential candidate. He’s a coach who might not have the natural geographical ties, but brings intriguing connections to the table.

Hearing GW's Carmen Maciariello is a candidate for a Michigan assistant spot. If so he would replace Billy Donlon who left for Northwestern.

Maciariello played his college ball at New Hampshire and Siena and is known for his ability to coach guards, but his bio also praises him for his development of George Washington’s star forward Tyler Cavanaugh.  His previous assistant coaching experience at Boston University and Fairfield. Maciariello’s connections to the East Coast don’t stop there, he was also a head coach for the Albany City Rocks, a prominent Nike EYBL club in the Northeast, from 2008 through 2010.

Michigan has dabbled in recruiting the Northeast with mixed success, but given John Beilein’s ties to the area as well it is a potentially smart geographical area to prioritize moving forward.

MLive’s Brendan Quinn threw Simon’s name out as a possibility as well. Simon was fired from Alabama after two years as associate head coach under Avery Johnson, but has a lengthy resume with 20 years of experience. His time at Alabama doesn’t seem to have ended on the best terms judging by this report and by his Twitter bio.

Simon has Michigan ties, coaching high school in Michigan before moving on to Wayne State, and his hire was widely praised at Alabama two years back.

Creighton assistant coach Preston Murphy had emerged as a frontrunner for the Michigan spot, but reports are that he’s accepted increased compensation to remain at Creighton. Murphy is a proven recruiter from the Big East who grew up in Saginaw, but it appears that other options are more likely at this point.

Several former Michigan players have had a big financial summer, including Tim Hardaway Jr. The 6-foot-5 shooting guard signed a 4-year, 71 million dollar offer sheet from the New York Knicks late on Thursday night. The Atlanta Hawks, who traded for Hardaway from the Knicks two summers ago, will have 48 hours to match the terms of the deal.

Recent Milwaukee Bucks draft pick DJ Wilson signed his rookie deal as well. While official terms of the deal were not released, the rookie scale should put him in the range of 7 million dollars over the next three years. Wilson and the Bucks start their NBA Summer League season at 6:30 p.m. today on ESPN against the Cavs.

The Bucks have signed first round draft pick @Lanky_Smoove to a rookie scale contract » https://t.co/y6IO7fp1cm pic.twitter.com/VDp3Np6bO9

Derrick Walton’s quest to make the league continued in the NBA Summer League, where he was very impressive, and there has been speculation that he should get a training camp invitation from the Magic.

Another Michigan point guard is also hoping to make the Magic roster in Trey Burke. Burke is an free agent and looking for a home after spending last year with the Wizards. The former lottery pick and National Player of the Year is looking for a 1-year deal to remain in the league next season.

Former Wizards point guard Trey Burke has drawn interest from multiple teams on a 1-year deal including the Orlando Magic, CSN has learned.