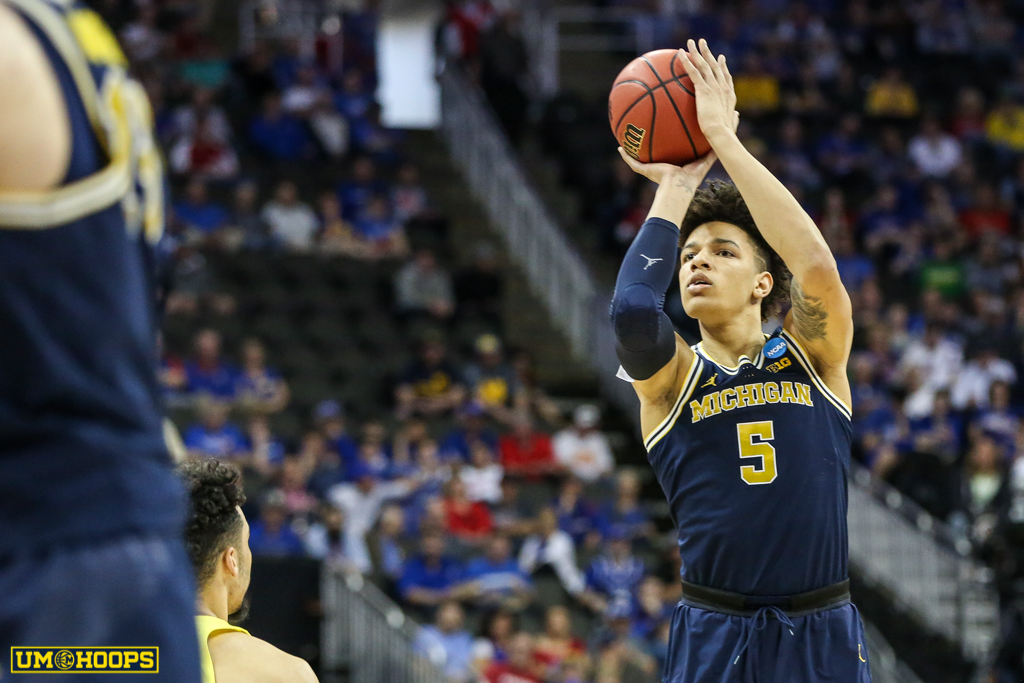 DJ Wilson and Caris LeVert have both had big weeks in Las Vegas at the NBA Summer League. Here’s a look at their performances with highlights.

DJ Wilson hasn’t wasted any time fitting in with the Milwaukee Bucks at the NBA Summer League this week in Las Vegas.

Wilson is averaging 14.7 points and 6.3 rebounds per game on 17-of-39 shooting from the floor. He’s scoring the ball from all three levels and looks as comfortable as ever handling the ball on the perimeter, shooting from NBA three-point distance and finishing around the rim.

Wilson had 17 points, 8 rebounds and 4 assists on 7-of-13 shooting against the Clippers on Monday night, knocking down 3 three-pointers on the game.

Here’s footage of Wilson from three games in Vegas.

Caris LeVert has also impressed in Las Vegas after a solid rookie season with the Nets. LeVert is averaging 15.7 points, 7 rebounds and 2 assists per game while shooting 18-of-39 from the floor.

LeVert hasn’t shot the ball well from three-point range in Vegas, missing his first 10 threes, but he’s 16-of-23 on twos and made a pair of threes on Monday night.

LeVert will be looking to find a role next to Jeremy Lin and D’Angelo Russell in the Brooklyn backcourt. Russell was traded to Brooklyn this summer while Lin (and LeVert) missed significant time with injury last season.

Here are Lin and Nets GM Kenny Atkinson’s feelings on the fit:

“Yeah, no doubt about it. You could see them playing together a lot,” Atkinson admitted. “As far as who’s starting and who’s coming off the bench, I haven’t even thought about that yet, but I think they’ll play a ton together.”

“If you spread it out and play quick, I think we’ll see a lot of easy shots, dunks, open threes, things like that,” Lin said. “We’re going to have D’Angelo and Caris [LeVert] who are, hopefully, going to take big steps in their games. Hopefully, I can stay healthy and play more minutes.”

Here’s a glimpse of Caris LeVert’s best moments this week in Las Vegas.

Derrick Walton played well for the Orlando Magic in the NBA Summer League, but he’s still working to try to earn a training camp invitation.

The Magic were understandably impressed with Walton, but they’ve also signed Shelvin Mack as a backup point guard and waived CJ Watson. With Elfrid Payton and DJ Augustin also on the roster, the roster still looks a bit crowded for Walton to find a spot in Orlando.

The key seems to be whether the Magic move Augustin before the season which would leave Walton competing against former Michigan State point guard Kalin Lucas for the third point guard spot.