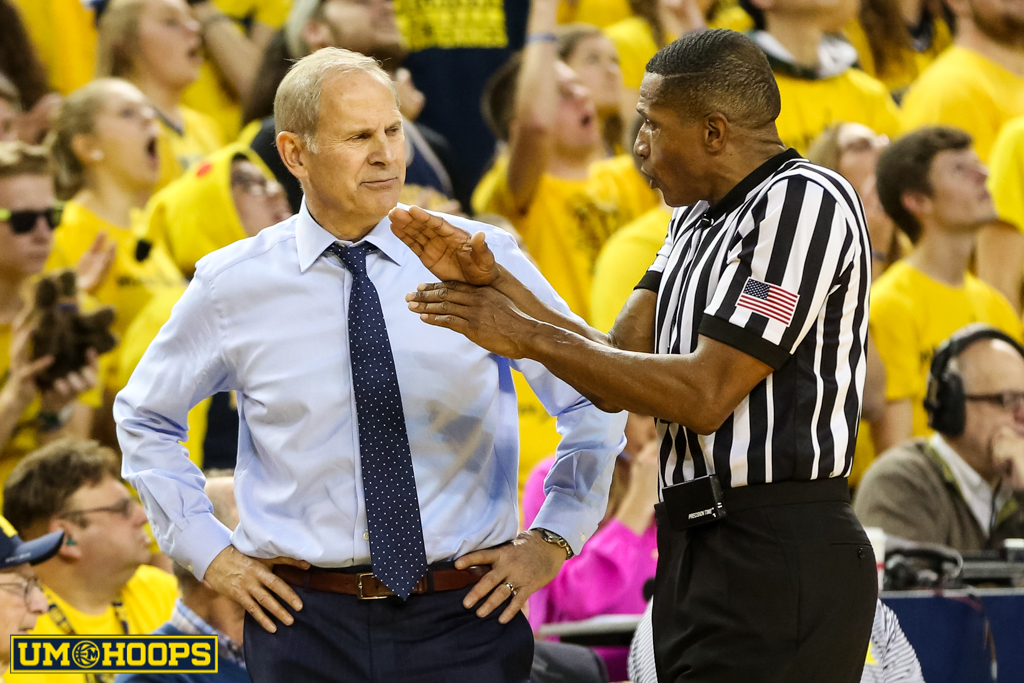 The first of three July evaluation periods tips off tonight at 5 p.m. In this week’s recruiting roundup we rundown the storylines to track throughout July.

The first of three July live evaluation periods tips off today across the country at 5 p.m. as coaches will be allowed to watch grassroots basketball in person. The first week of the period features headlining events from Nike, Adidas and Under Armour and will be the first evaluation period since late April.

Here’s a look at what to watch for and what to expect from the Michigan coaching staff.

The Family and Spiece both failed to qualify for the Nike Peach Jam this July which means that class of 2018 commitments David DeJulius and Brandon Johns will be down the road at the Peach Invitational Tournament.

That means some extra gym hopping for John Beilein and his staff to check in on his commitments.  It also means that it might be more difficult for DeJulius or Johns to make any sort of significant leap in the national rankings. DeJulius checked in at 117th in the latest Rivals rankings with Johns at 58.

Big man Taylor Currie recently reclassified to the 2018 class, but his All-Ohio Red 16U team is also scheduled to play in the Peach Invitational.

With Currie and Johns added to the mix, Michigan’s recruiting board is becoming more focused as scholarship spots dwindle. The age old question early on in the evaluation period is where is John Beilein and who is he watching.

Ignas Brazdeikis, Jerome Hunter and Hunter Tyson appear to be the top prospects on Michigan’s recruiting board with current Wolverine offers. That will leave Beilein with an interesting decision to make to open the live period.

Hunter made a surprise visit to Michigan a couple weeks back, but didn’t commit to the Wolverines. Brazdeikis also appears to be in no hurry, but either one of those two combination forwards would go a long way toward rounding out the Wolverine class.

Jerome Hunter tips off the live period at the adidas Gauntlet finale in Spartanburg, SC at 6:20 p.m. tonight while Ignas Brazdeikis and Hunter Tyson will start the week at 8 p.m. at the Nike Peach Jam.

Adding to the travel logistics will be the fact that Michigan’s commitments are right down the road from the Peach Jam and fellow offers Noah Locke and Damezi Anderson are also at the Peach Jam.

Hunter Tyson ready to break out?

Tyson discussed his recruitment and the Wolverine offer with Phenom Hoops over the weekend after he performed well at a local event.

Tyson notes that he doesn’t have any sort of timeframe set for making a college decision (he had previously discussed deciding after the July evaluation period) and that he has an unofficial scheduled for Clemson in August. He says the next trip to Michigan that he would take would be an official visit in September, but it doesn’t sound like any visit has been finalized.

Tyson added a scholarship offer from Butler this week and he’s starting to generate a bit of buzz heading into the Peach Jam. Right now he says that Michigan, Clemson and Butler are standing out, according to an interview at Hoop Seen.

The biggest concern for John Beilein and his staff might be that Tyson gets hot in a few games at Peach Jam and starts to generate more widespread buzz. Michigan has identified Tyson and prioritized him for a long time now, checking in at his high school several times over teh last year, and appears to be in a strong position.

Here are a few highlights of Tyson throwing down a big dunk at the event.

And some more from the NBPA Top-100 camp.

What new targets will emerge?

There were only 6 days of live evaluation in April, but there are 15 days over three weeks in July. That leaves plenty of time to uncover new targets along the way.

While Michigan’s offers are fairly established, the list of prospects on the ‘next up’ list is dwindling after Torrence Watson committed to Ohio State this week.

The only players notable players who Michigan has reported to have been tracking but hasn’t offered are CJ Fredrick, Drew Peterson and Ty Mosely. Fredrick has visited and should get a close watch from the Michigan staff while Peterson played very well at Michigan’s Team Camp, but I’d also expect some new names on that list.

One prospect to keep an eye on is 6-foot-6 forward Kaden Archie, who Michigan recently reached out to according to Endless Motor. Archie is a top-200 wing from Texas who has racked up several high-major offers this spring and summer. He’s playing at the adidas Gauntlet event with Urban DFW.

Shoot for the stars

Michigan is still recruiting two five-star prospects who could end up in the class of 2018: Simi Shittu and RJ Barrett.

Barrett dominated the FIBA U19 Championships including a 38-point performance in a win over Team USA, but he won’t play AAU basketball this July.

Both Barrett’s father and his AAU coach listed Michigan as a team that is involved:

“Yeah, Duke, Kansas, Kentucky, UCLA, Oregon, Texas, Michigan, Indiana, Illinois, USC, those have been probably the ones that have been most constant,” Rowan said.

Barrett hasn’t officially reclassified to the 2018 class (a decision is expected in August), but he is strongly considering it. No visits are planned, but a swing to the West coast is expected at some point in the near future.

Simi Shittu is the No. 8 player in the class, per 247 Composite, and was recently named MVP of the NBPA Top-100 Camp. Shittu is a versatile forward who has emerged on the national radar and the Wolverines are expected to watch him in July, per Adam Zagoria.

Both Shittu and Barrett are longshots at this point and neither prospect has come close to narrowing their lists, but continue to be worth tracking.