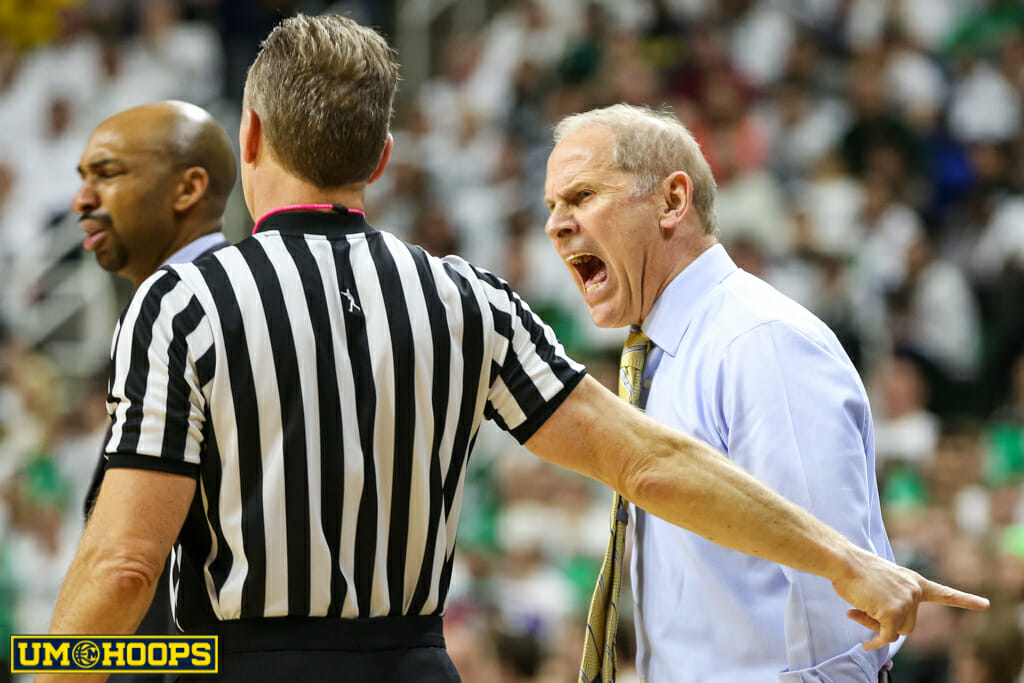 John Beilein joined a conference call to talk about Michigan’s November trip to Maui and his assistant coaching search.

While the Maui Invitational won’t start until late November, the bracket was announced today. Michigan will face LSU in the opening round. John Beilein was part of a conference call with the tournament’s other coaches to preview the event, in which he spoke about LSU, the importance of early-season tournaments, and his assistant coach search.

But first, here’s first-year LSU head coach Will Wade (previously at VCU, a team on the other side of the Maui bracket) on the Wolverines:

“Michigan will be a big challenge for us, a perennial national program. They’ve had tremendous teams, tremendous success under Coach Beilein. They return very good players: the big kid Wagner, the guard Rahkman,” Wade said. “They’ve added a grad transfer from Ohio, Simmons, who I know is a very good player.

And here are excerpts from Beilein’s comments:

On the tournament and LSU:

“The field, if you look at the whole thing, is an incredible test for everybody. You know so little about your team, and you find out a lot. There are some defining moments sometimes, good and bad, that can change the course of your season. I’ve got a lot of respect for the program that Will Wade is going to build at Louisiana. His pedigree, it’s incredible how quickly he’s moved through the ranks. Every team in this tournament — including Chaminade, being an old Division II guy — is going to be a great challenge, but a great opportunity for growth as well.”

On where his team stands:

“There are three guys returning on our team that played significant minutes last year; only three. We lost four, but replaced them with six. The message right now is, ‘Take it one step at a time.’ We’ve got to grow as as team probably a little more quickly than normally, knowing we have this tournament, two conference games in December, UCLA, Texas, North Carolina, Detroit waiting for us after Maui. We can’t worry about those things right now. We have to value each day in the summer.”

“We have big plans for him. He really showed us last year, his transfer/redshirt year, that he has a large amount of talent. I’m sure as he goes into playing what we hope is major minutes, that he’ll start off where he left off in practice. That’s the hope. I know that down the road as he continues to develop, we plan on him being a key piece to our puzzle as we put these pieces back together again.”

On enjoying Maui but competing:

“We’re going to try to get a good mix. Players’ relationships and their bonding is essential to having a good team. You must dive off a cliff while you’re in Hawaii. That may be as mandatory as going to a practice. This is a once in a lifetime experience for many of our players. At same time, they’ve got to go over there with idea — so many times, the NCAA Tournament, you make it in November and December.”

On assembling roster after attrition

“It is a puzzle. I think I must have liked putting puzzles together as a little kid, because I actually enjoy this process I have to go through. It’s a lot of work, but if you don’t enjoy it — between guys transferring, going to pros early, graduating, recruiting — you’re not going to survive. You can’t look at it as a problem. You have to look at it as an opportunity to prove again that your program can continue winning despite any adversity or transition you have.”

“I wish I could give you an update. That would mean I’d have it done. I’m still in the process of doing it. I can explain it to you later on, maybe, someday. .. It’s taking longer than I anticipated, but it’s OK. The bottom line is to get the right guys to lead us into the future.”