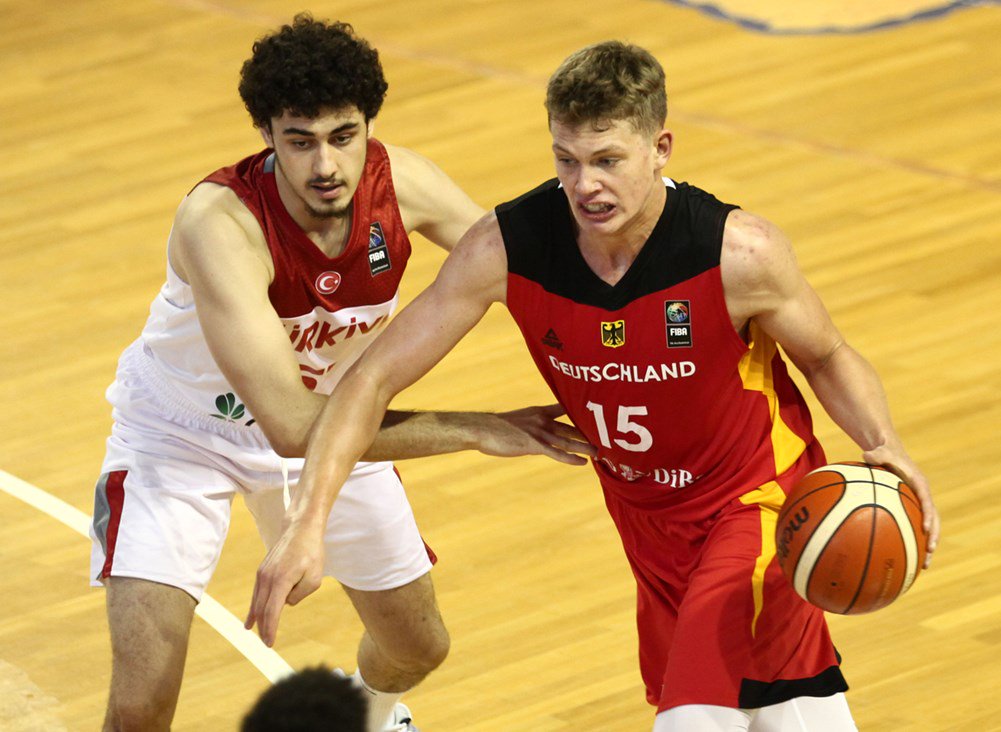 Moritz Wagner broke out in the second half of a round of 16 win over Turkey, finishing with 23 points and 6 rebounds in the narrow win.

Moritz Wagner struggled to find his game in early action at the FIBA U20 European Championships.

He battled foul trouble and averaged 19 minutes per game as Germany dropped two of its three pool play games. Wagner’s per game averages were just 8 points and 6 rebounds per game and he shot just 33% on twos (6-of-18) and 25% on threes (1-of-4).

Maybe it was playing with the third different type of basketball (NCAA, NBA, FIBA) in the last few months or it was getting used to a new role and a new team, but Wagner just never seemed comfortable with his shot or game in Crete.

Wagner came off the bench for the 2nd time in 4 games against Turkey in the round of 16 and the first half was more of the same. He missed all five shots that he attempted from the floor and his team found itself in a dog fight, tied 31-31 at the half with a Turkish team that featured NC State big man Omer Yurtseven.

But Wagner flipped the switch at halftime and took over the game to help Germany into the quarterfinals.

He made his first basket on a routine dunk off of a nice drop off pass in transition then started to build his confidence. He was aggressive around the basket and on the glass, consistently finishing in the paint and abandoning his jump shot. He also pulled his patented behind the back dribble move out of his bag of tricks for a beautiful driving layup.

It was the start of an offensive whirlwind that Michigan fans are well familiar with. He caught fire and took over the game, scoring 20 points in the second half and making 8 of 9 field goal attempts in the final 20 minutes.

At the final horn, Wagner had 23 points on 8-of-14 shooting. He also made 7-of-11 free throws and grabbed 6 rebounds in his best performance of the summer.

Germany survived several late turnovers and iced the game away with an alley-oop dunk to Wagner to knock off Turkey by a final score of 80-77. The Germans will face either Spain or Latvia in the quarterfinals at 9:45 a.m. (eastern) on Thursday. The game will be streamed live by FIBA.

Check back to UM Hoops later for highlights and video of Wagner’s performances in Germany.