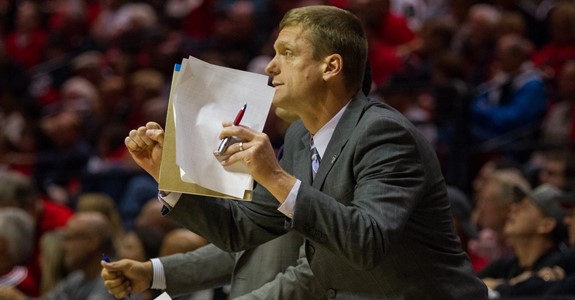 In news that was first suggested by The Athletic’s Brendan Quinn and confirmed by the Michigan Insider, Michigan will fill its second coaching vacancy with Illinois State associate head coach Luke Yaklich (pronounced YOCK-litch).

Yaklich has been at Illinois State since 2013, when his former college roommate and mentor Dan Muller hired from from Joliet West. Yaklich was promoted to associate head coach last summer.

He has coaching roots at the high school (Joliet West) and grassroots (Illinois Wolves) levels. Illinois State finished 28-7 last season and had the No. 19 defense nationally, per KenPom. Illinois State teams under Dan Muller have consistently been better defensively than offensively which could allow Yaklich to provide a similar defensive impact to departed assistant coach Billy Donlon.

Last year’s Illinois State defense ranked 5th nationally in eFG% allowed and 4th in 2-point field goal percentage allowed. The Redbrids were one of the best shot blocking teams in the country as well with a 14.3% block rate. Michigan has consistently been one of the worst shot blocking and 2-point defensive teams in the Big Ten.

Michigan is also hiring DeAndre Haynes for its other vacant assistant coaching position. Haynes had just been hired at Illinois State away from Toledo in May. The Redbirds also lost another assistant coach (Dean Oliver) to Wisconsin this offseason.

Michigan is also in the market for a new Director of Basketball Operations with news that Waleed Samaha is returning to the education system.