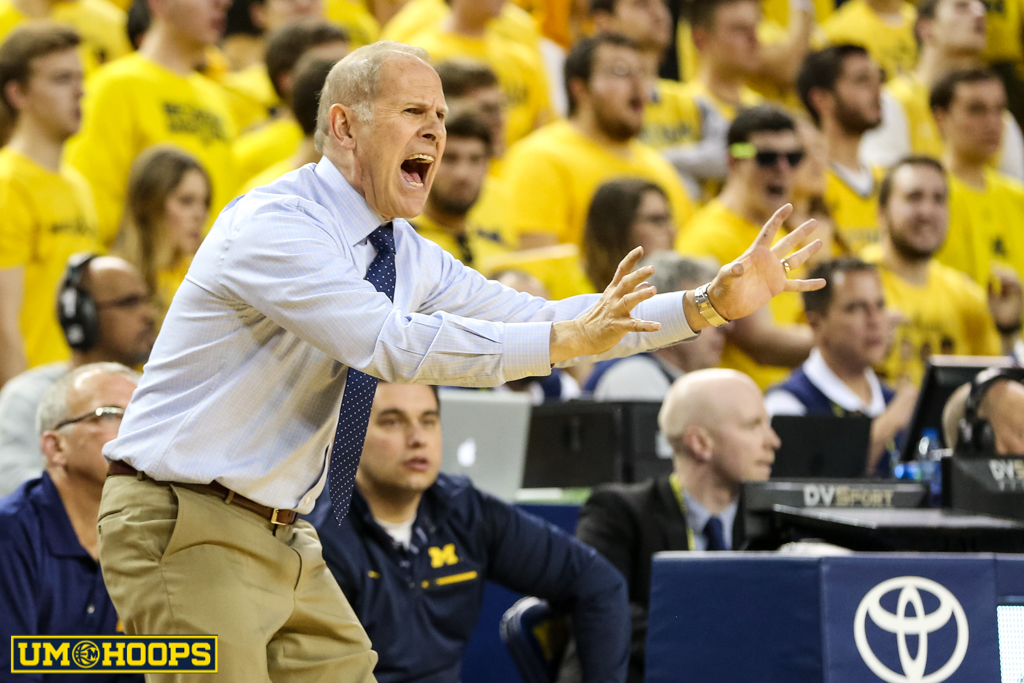 John Beilein is hiring DeAndre Haynes and Luke Yaklich to replace Jeff Meyer and Billy Donlon. Here’s a look at Michigan’s new hires and how they could impact the program.

John Beilein is reportedly hiring DeAndre Haynes and Luke Yaklich to replace Jeff Meyer and Billy Donlon on his staff and those announcements are expected in the coming days. Here’s a look at Michigan’s new hires and how they could impact the program.

John Beilein has developed a track record of hiring quality assistants from smaller schools during his time at Michigan.

He hired Bacari Alexander from Western Michigan. LaVall Jordan was set to replace Alexander at Western Michigan before receiving the offer at Michigan. Billy Donlon had head coaching experience, but he was without a job after being fired from Wright State. Saddi Washington made the move up from Oakland to Michigan and has already had success.

Jeff Meyer was one hire who had major conference experience, but he was finding a landing spot after the mess at Indiana and was brought into an ops role before being promoted to assistant coach.

For the most part, Beilein’s hires have all come from smaller schools and they’ve transitioned well and made a positive impact. They might not have been splashy national recruiter hires that have been seen at some other schools of late, but it is tough to evaluate an assistant coaching hire until they’ve had some time to work at their new schools.

Hiring coaches with strong ties to the Midwest was obviously a priority for John Beilein throughout the process. Meyer had strong ties to Ohio and Indiana while Donlon had links to Illinois and Ohio — their replacements fill much of that void.

Beilein found a young up and coming coach from Detroit who played and coached in Ohio and another with strong ties to the state of Illinois from his Division I experience as well as his experience at the youth level.

Both coaches appear to be well liked in their communities and should bring tangible connections.

The state of Illinois hasn’t been as friendly to Michigan as Ohio or Indiana, but Yaklich has some of the strongest high school and grassroots connections of any coach under Beilein. He coached at Joliet Township for 6 years and also coached the Illinois Wolves, a prominent Under Armour sponsored grassroots program in the state.

Illinois State had strong defensive numbers during the time that Luke Yaklich was on Dan Muller’s staff. The Redbirds had the best defense in the Missouri Valley last year — better than Wichita State — and were ranked 19th in defensive efficiency. Their effectiveness started with their ability to defend the paint.

And yet, Illinois State isn’t a pack-line unit content with merely denying entry into the lane. Instead, they’re extremely active and aggressive both on the perimeter and near the basket, constantly slapping at the ball and often mixing up defenses to confuse opponents.

Illinois State had a great half court man-to-man defense last season — grading out in the 98th percentile per Synergy Sports — but that wasn’t all. The Redbirds would often switch defenses and played zone for 26 percent of their defensive possessions while still grading out into the 92nd percentile. They would even bust out a full court press on 6.4% of possessions, forcing turnovers on 25% of those pressing positions.

Once upon a time, Beilein was nationally known for his 1-3-1 zone and his tendency to switch defensive looks during a game. Those days are largely in the past — other than an errant mention in a lazy NCAA Tournament capsule — as Michigan ran zone defense on just .9% of its defensive possessions last season and graded out in the 3rd percentile in efficiency. It will be worth tracking if Yaklich brings some new tweaks or zone looks with him from Illinois State to integrate into the Wolverine scheme.

Last year’s Michigan defense was focused on running opponents off of the three-point line and forcing twos. It worked. Wolverine opponents only attempted 28.8% of their shot attempts from three-point range, the 9th lowest rate in the country, while U-M fired up as many threes as possible. However, Michigan’s interior defense was still poor, allowing 50% two-point shooting and ranking 226th in eFG% defense. Michigan forced twos, but they weren’t always tough twos.

That wasn’t the case in Normal, Illinois. Illinois State was great at blocking shots and defending the paint. In many ways, the Redbirds were on the complete opposite end of the spectrum. Michigan’s opponents scored 58.2% of their points on two-point field goals (8th most in the country) while Illinois State ranked 306th in the same stat.

For a Michigan program that hasn’t held its opponents below 50% two-point shooting since it went to the Final Four in 2013, seeing a green 41.1% next to Illinois State’s two-point field goal percentage defense on KenPom certainly brings some intrigue. Michigan’s personnel doesn’t lend itself to being a great interior defensive unit, but any schematic boosts could pay dividends for a team that has rarely been able to defend the paint.

In John Beilein’s second to last season at West Virginia, he had arguably his best team led by seniors Kevin Pittsnoggle and Mike Gansey. They didn’t make it as far in the NCAA Tournament as they did the previous year, but they played a couple of NCAA Tournament games at The Palace of Auburn Hills.

Any local hoops fans who might have scored tickets at a discount after Michigan State was sent to Dayton (and subsequently upset by George Mason) probably remembers that enjoyable weekend of basketball.

John Beilein’s team romped through Southern Illinois and upstart Northwestern State, which knocked off Iowa with a huge performance by surprise star Clifton Lee. In the other bracket, 7-foot center Patrick O’Bryant led Bradley to upset wins over Kansas and Pittsburgh for a surprise run to the Sweet 16.

Michigan’s new assistant coach was also in the building that week after leading Kent State to the NCAA Tournament. Haynes was the MAC Player of the Year and averaged 13 points, 4 assists and 2 steals per game. He came up short in that 5 vs. 12 NCAA Tournament matchup against Pittsburgh (scoring 7 points on 2-of-10 shooting in the loss), but here’s a look back at some video footage from Haynes as a player.

At 33 years old, Haynes is a similar age to LaVall Jordan and Bacari Alexander when they were hired in Ann Arbor. The fact that he’s played on the big stage and played professionally at all different levels across Europe should allow him to connect with Michigan’s roster and he’ll fit naturally into a role mentoring the Wolverines’ guards.

Staff not complete yet

Even after both hires, John Beilein has more work to do to fill out his staff. Michigan needs to replace Waleed Samaha, who is leaving his position as Director of Basketball Operations to return to the education system after one year in the ops role.

Michigan Director Of Player Personnel Chris Hunter has now been passed over twice in the last two years for open assistant coaching positions. He joined Michigan’s staff in 2014, but has yet to have any on-court coaching experience. He was on the road over the last month standing in as an assistant on the recruiting trail, but you have to wonder what comes next for him and whether he’ll eventually look to diversify his experience.

Could the Director of Basketball Operations role make sense? It would mean a fairly significant raise for Hunter based on Samaha’s salary and a chance to expand his skillset, but still wouldn’t provide much of any on court coaching opportunities.

Michigan has also signed Saddi Washington to a contract extension, per Brendan Quinn, and will be signing assistant coaches to two-year deals moving forward.

Also, of note, Beilein says Saddi Washington has signed a contract extension. All assistants, he said, will likely be on two-year deals now.