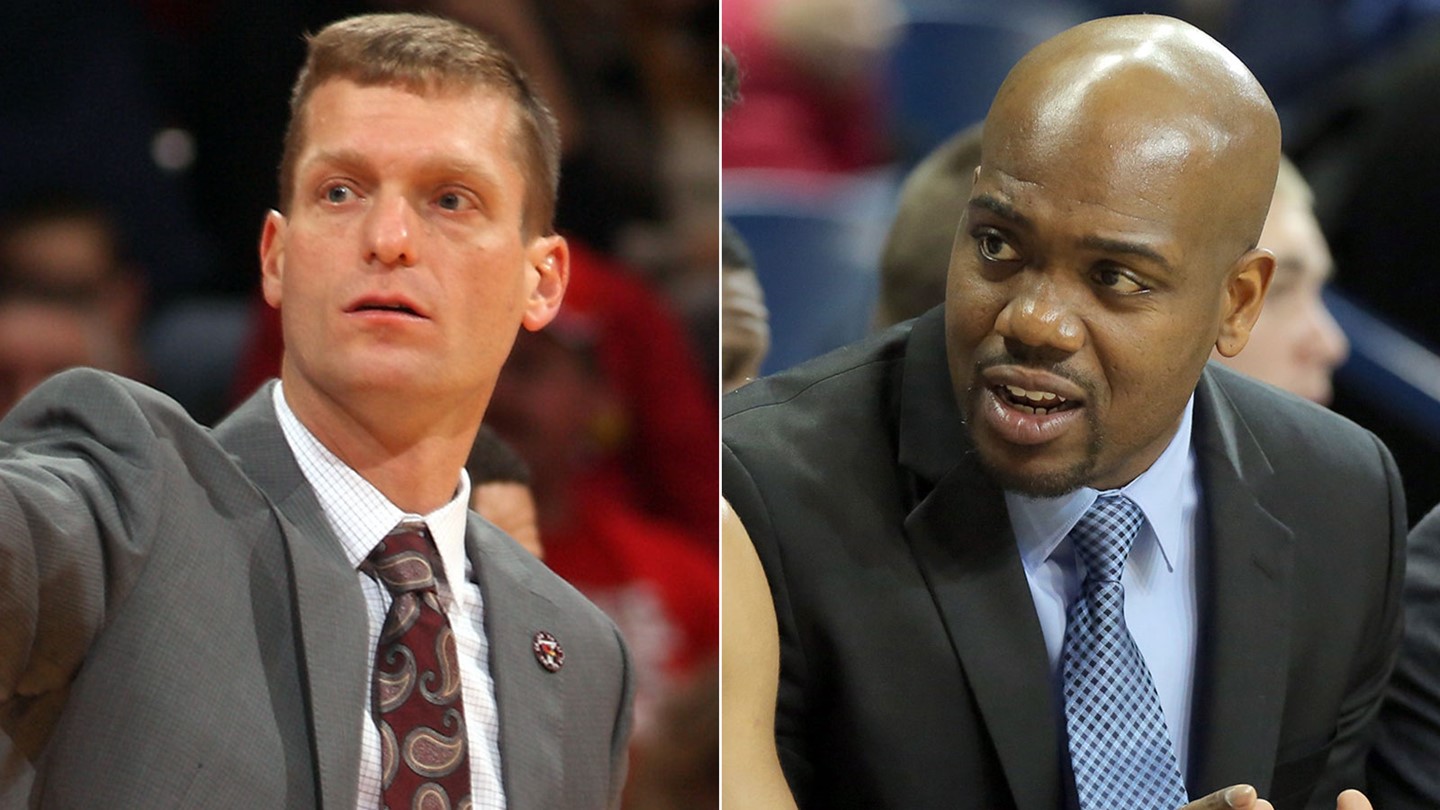 Michigan formally announced that Luke Yaklich and DeAndre Haynes are its new assistant coaches and that Chris Hunter has been promoted to Director of Basketball Operations.

Michigan formally announced that Luke Yaklich and DeAndre Haynes are its new assistant coaches and that Chris Hunter has been promoted to Director of Basketball Operations.

For more thoughts on both hires, see our reaction piece from earlier this week. Here is the full press release from the University of Michigan including quotes from John Beilein, Luke Yaklich, DeAndre Haynes and Chris Hunter.

Yaklich and Haynes both join the Wolverines after serving as assistants at Illinois State as part of Dan Muller’s staff.

“First of all, I would like to thank Illinois State head coach Dan Muller for his professionalism throughout this entire search,” said Beilein. “He reached out to us and recommended Luke and had nothing but great things to say about DeAndre. Losing two coaches is never easy, however, Dan encouraged both to pursue these openings with strong interest knowing it would help them reach their personal goals. He was first class in every way throughout the process.”

Prior to joining U-M, Yaklich made the transition from high school to college coaching in 2013-14 getting hired at his alma mater Illinois State. This past season, Yaklich was promoted to associate head coach ahead of the 2016-17 campaign. In the new position, he helped the Redbirds to a share of the Missouri Valley regular-season title as ISU set program records for overall victories (28), conference triumphs (17) and became a top 10 defensive team as well.

“It was important for us to find someone who could bring a defensive mindset to our basketball program,” Beilein said. “Coach (Billy) Donlon did a great job of that last year, and I was looking for the kind of coach who could replace his energy and knowledge in that area. I believe Luke will bring that kind of attitude to Michigan.

“In addition to gaining a new set of Midwest recruiting contacts, Luke and Coach Muller made Illinois State one of the nation’s best defensive basketball teams over the past four years. We are excited for Luke to bring some of that coaching expertise to us.

“Despite all the defense and recruiting knowledge, it will not be effective if we cannot build relationships with our student athletes through teaching and mentorship. I am certain that this is another strength of Luke’s and we look forward to having him meet our team and begin that process.”

Prior to joining Illinois State, Yaklich worked as a high school head coach and teacher for 14 years, primarily teaching U.S. History at the high school level. In his final stop, Yaklich was the head boys’ basketball coach at Joliet Township High School in Joliet, Illinois, for six seasons (three in the combined Joliet Township program and three at Joliet West), was well as coach for the Joliet Pride and Illinois Wolves AAU teams.

“I am incredibly excited and grateful about the opportunity that Coach Beilein has given me to help teach, coach and mentor our student-athletes at the University of Michigan,” said Yaklich. “I look forward to representing the university and our basketball program on and off the court with character, integrity, passion and pride. I would be remiss if I didn’t thank Dan Muller for the incredible opportunity to learn and grow as an assistant coach at Illinois State. The support and encouragement he gave to me during this process will not be forgotten.”

“We wanted someone who was excellent at building and maintaining relationships with the young man we have, as well as recruit and mentoring them during their time at Michigan. We were also looking for someone who could be an effective recruiter particularly in the State of Michigan and the footprint of the Big Ten. DeAndre answered the call in all four of those areas. He will join our staff immediately and we are excited to have him get started.”

A native of Detroit, Michigan, and a Southwestern High School graduate, Haynes was a four-year starter at point guard for Kent State (2002-06), totaling 89 wins and four postseason appearances. Haynes ranks 12th in program history with 1,259 career points and is KSU’s program leader in career assists (625) and steals (229). During his senior season in 2006, Haynes became the first Golden Flash to earn MAC Player of the Year honors. An Associated Press All-America honorable mention selection that year as well, Haynes led Kent State to the 2006 MAC regular-season and tournament titles and a berth in the NCAA Tournament.

“Coaching basketball at the University of Michigan has always been a dream of mine,” said Haynes. “Being able to coach at Michigan is an amazing chance to learn under a legendary coach like John Beilein as well as the rest of the staff. I am eager to recruit and retain the very best student-athletes that Michigan has come to expect. The State of Michigan is, and will always be, home and for me and my family. It is a wonderful feeling to have this opportunity to return.

“I truly appreciate Coach Dan Muller for giving me the opportunity to work with him at Illinois State. While it was brief, it was an incredible experience. I wanted to add thanks to the Redbirds family for the support they’ve given me and my family while we were there and now with this new career path.”

In addition to two assistant coach appointments, Beilein elevated Hunter from director of player personnel to the program’s director of basketball operations.

“I am very grateful and excited for the opportunity to progress my career further here at the University of Michigan as the director of basketball operations,” said Hunter. “Coach Beilein has been an invaluable resource in my career and I look forward to continuing to propel Michigan Basketball forward in my new role.”

In addition to general administration of the program, Hunter managed academic, admissions and financial aid support, community outreach as well as assisting in the direction of U-M’s summer basketball camps for the past three seasons.

An alum of U-M with a Business Administration degree from the Stephen M. Ross School of Business, Hunter was a key member of U-M’s 2004 NIT championship team and the 2006 NIT runner-up team. A team captain during the 2005-06 season, he played in 105 career games with 27 starts while averaging 7.0 points, 3.5 rebounds and 18.0 minutes per game.

asketball operations Waleed Samaha will return to the Ann Arbor School system and to coaching.