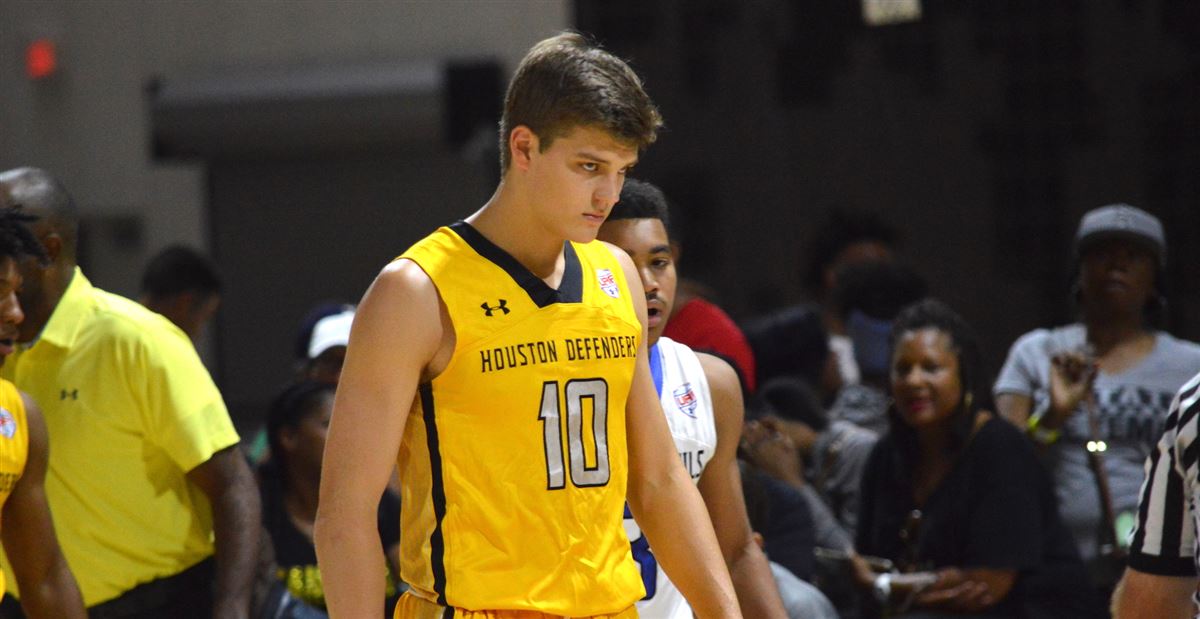 Three-star forward Miller Kopp has Michigan in his top six.

Three-star forward Miller Kopp has Michigan in his top six.

Kopp averaged 20 points per game for the Houston Defenders on the Under Armour Circuit this spring and summer. The Wolverines hadn’t been linked to Kopp much throughout the spring and summer, but his strong performance during the July evaluation period must have caught Michigan’s eye.

Thank you to all the schools that have recruited me, here are my top 6… pic.twitter.com/t1mL8zmEq6

The 6-foot-6 wing had a breakout July at the Under Armour Camp and Great American Shootout. Here’s what Scout had to say about his breakout July:

Prior to the evaluation periods, 2018 prospect Miller Kopp held high-major scholarship offers. But the 6-foot-6 wing still managed to fly below the radar, at least at Scout.com. But that changed this week that, as Kopp was one of the top performers at the Under Armour Camp and the Great American Shootout. A competitive player, Kopp competed against top tier competition, displayed his impressive shooting ability and showcased a tough brand of basketball. Kopp’s best weapon is his jump shot and he seemingly shot the ball well all week. At GASO, once he nailed a few perimeter jumpers, it opened up his middle game and he made multiple mid-range pull-ups.