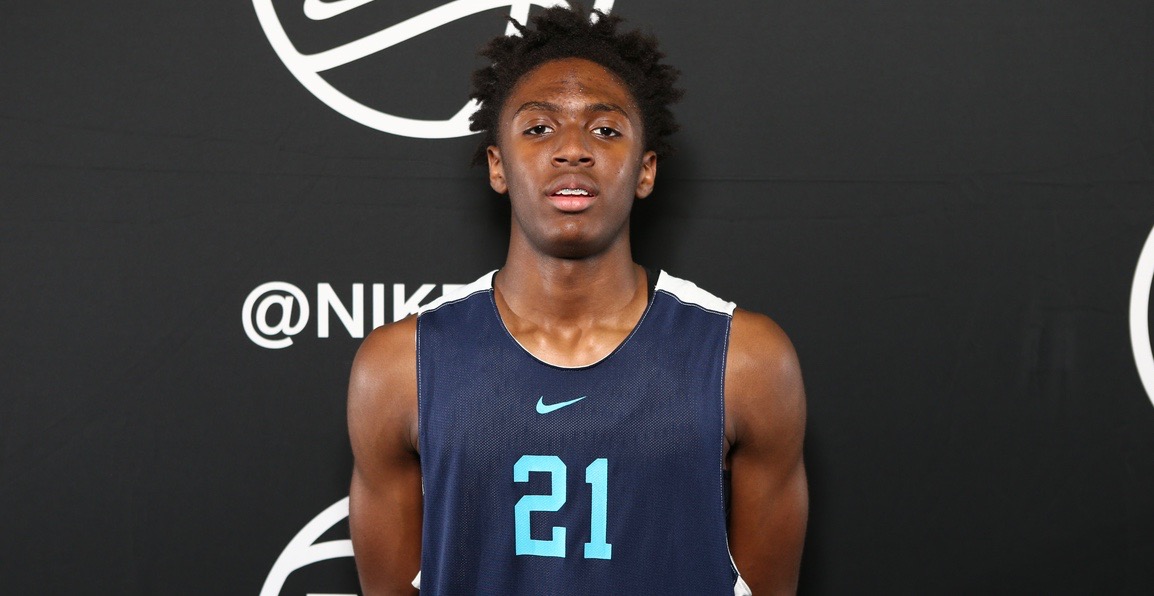 Tyrese Maxey is about as far as you can be from the state of Michigan.

Maxey, a 6-foot-2 combo guard ranked as a five-star prospect in the class of 2019, hails from Garland, Texas. He’s generally unfamiliar with Michigan, too, with zero family ties to the state.

Yet Maxey found his way to Ann Arbor and East Lansing earlier this week, making the long trek to unofficially visit two schools that would seemingly be on the periphery of his recruitment.

But Michigan and Michigan State appeal to Maxey, he told UM Hoops, because of their history — and their head coaches. Growing up, he watched both teams and came to admire both John Beilein and Tom Izzo — along with a former Michigan star.

“Trey Burke was really good at Michigan,” Maxey said, “and I think that’s what caught my eye.

“… Coach Beilein is a winning coach. He plays a winning style of basketball. He knows how to win. They went on a good run last year when they won eight or nine games in a row after that terrible plane crash. But yeah, he’s just a winning coach and he does it the right way.”

The Wolverines began recruiting him after watching him during the first live period in April, and contact only increased once they were able to reach out to 2019 recruits on June 15.

Along with his family, Maxey enjoyed his recent visit to Ann Arbor.

“The staff welcomed my family and I,” Maxey said. “They showed me around and had a good time. … They showed me the campus, the facilities of course, academic portions and some communication areas that I would like to major in.”

During what Maxey said was his favorite part of the visit, the coaches sat down with him to discuss where he would fit in on the team.

Maxey didn’t receive an offer from Michigan on the trip, but it sounds like he could in the future. According to him, Beilein wanted to make sure he holds serious interest in Michigan, “because it’s so far from home.”

Though he hasn’t made current plans for another visit, Maxey said he hopes to return for a football game or “something like that.”

His recruitment — which could be on the verge of blowing up — still remains open, with no current top group of schools.

“I’ll probably wait to cut down my schools after around mid-time next year, when I’m getting ready to go into school my senior year,” Maxey said. “That’s probably when I’ll start cutting down my schools.”