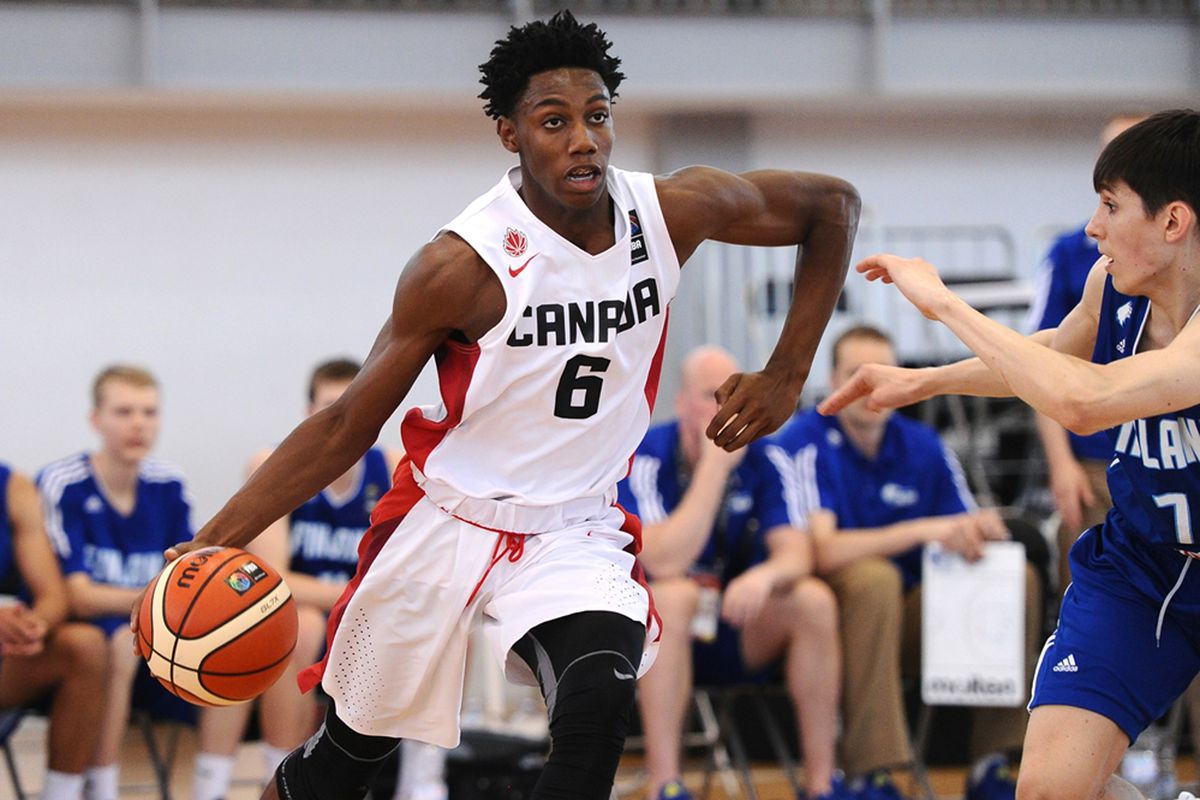 Five-star wing RJ Barrett announced his final five schools this afternoon and Michigan made the cut.

Five-star wing RJ Barrett announced his final five schools this afternoon and Michigan made the cut.

Arizona, Oregon, Duke and Kentucky are also among Barrett’s finalists. The Canadian guard tweeted that he has yet to setup any visits.

I want to thank all the schools that have recruited me.. these are my top 5 in alphabetical order. Haven't figured out any visits yet. pic.twitter.com/hID9BVGWUg

Barrett is the top prospect in the 2018 class after he reclassified from 2019 to 2018 and Marvin Bagley moved from 2018 to 2017. He exploded onto the international scene this summer when he led Canada to a gold medal in the FIBA U19 World Cup including an upset win over Team USA.

Barrett had previously been linked with Michigan, but this is the first time that Barrett has publicly announced the Wolverines in his top-five.