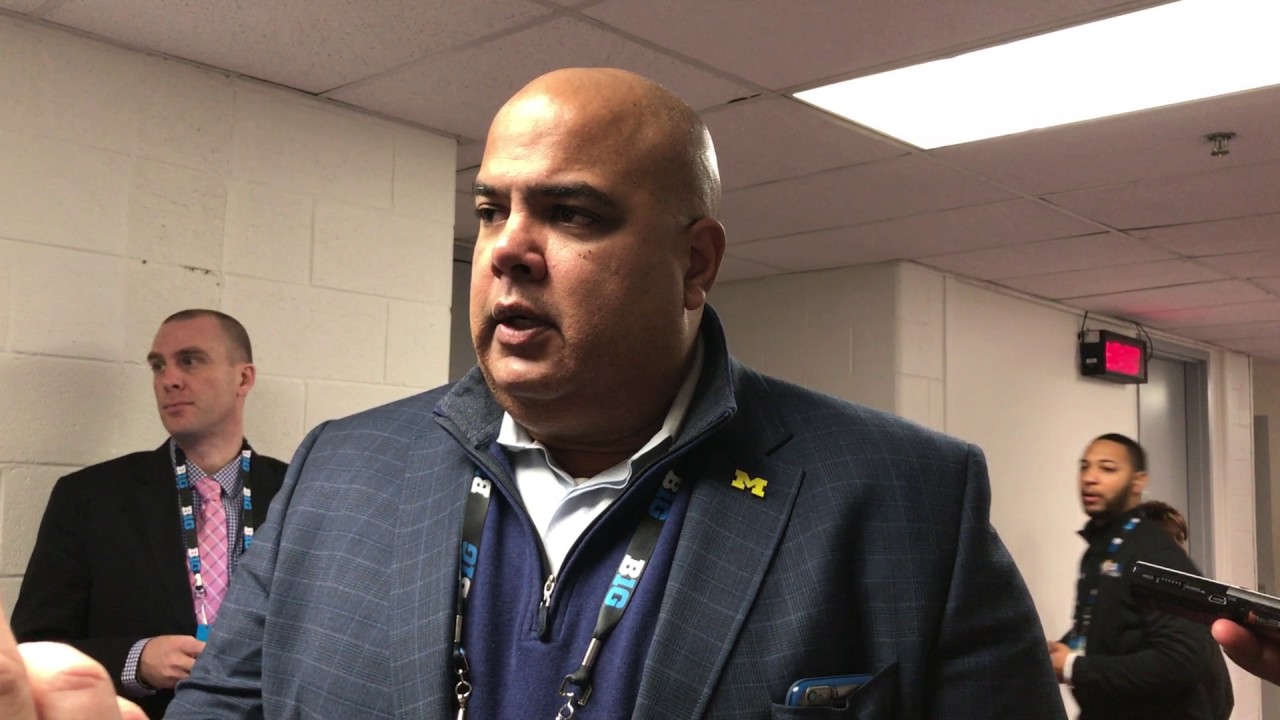 If Michigan doesn’t play 20 Big Ten games next season, including two against Michigan State, it won’t be because of Warde Manuel. Michigan’s athletic director met with the media Wednesday afternoon and expressed his desire for both schedule changes to come to fruition.

Michigan and Michigan State only play once this upcoming season — Jan. 13 in East Lansing — as part of an 18-game league schedule. Jon Rothstein of FanRag Sports reported yesterday that the Big Ten is heading in the direction of a 20-game schedule for next year.

Manuel also wants to ensure the in-state match-up with the Spartans occurs twice during the regular season, as it did last year. It’s something he’s discussed with Michigan State AD Mark Hollis and will continue to discuss at conference meetings.

“I will be a voice in the room as it relates to the need to protect rivalry games for us and the need to protect them in the league. I’ll try to convince those who would see it as unnecessary to do so that it is (necessary). When you have the success that we and Michigan State have had in the past, say, 10 years…when we’re only playing each other once in a season, I think it takes away from a conference that is trying to continue to promote the strength of basketball in their league.

“I will continue to make those arguments with my colleagues within the Big Ten to try and get them to understand why it’s important to have that as one of the parameters of scheduling.”

Michigan has, in the past, played Michigan State a second time as a “nonconference” game, but Manuel would much prefer a second match-up come as part of the conference slate.

According to Brendan Quinn of The Athletic, all three assistant coaches signed two-year contracts this summer. Saddi Washington will make $250,000 (up from $205,000 last season) while DeAndre Haynes will make $200,000 per season and Luke Yaklich will make $225,000.

Michigan’s schedule last season was not ideal. The Wolverines found themselves tipping off past 9:00 p.m. ET on a weeknight far more than anyone — except the TV networks, of course — would have liked. It’s impossible to know for sure how those tip-off times affected attendance, but its reasonable to assume they did not help. Manuel commented on this when asked about the “game day experience” at Crisler last season.

“This day and age, we all struggle with waiting for game times because of television,” Manuel said. “In some cases, I think that hurts some attendance, particularly the later they are mid-week. We struggle trying to find that sweet spot of trying to get people here when we’re waiting to hear times. That’s the day and age we’re in now. We’re constantly working how to manage and deal with that.”

He did not provide specifics on whether Michigan might draw more favorable tip times this season. In reality, Manuel has no idea, as such decisions are, in some cases, not determined until 48 hours before the game. Michigan fans will just have to hope for better luck this season, though we already know the Wolverines play five Big Ten home games on weekends, and the biggest nonconference home game (UCLA) is on a Saturday.