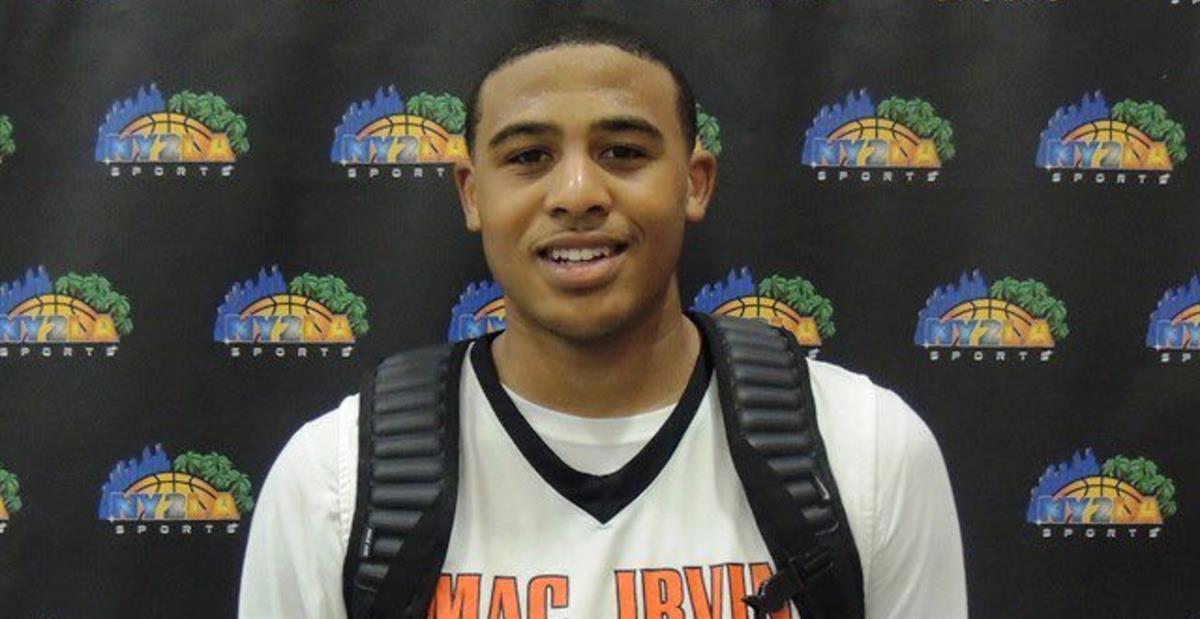 For a while, it seemed like Michigan’s recruitment of Talen Horton-Tucker had gone cold.

According to the four-star forward from Chicago, the Wolverines had recruited him heavily entering his junior year, before contact dropped off.

But things can change quickly in recruiting. All it takes sometimes is a couple of standout performances on the AAU circuit in front of the right pair of eyes, and a once dormant relationship can be reignited.

That was the case with Horton-Tucker, who says Michigan started recruiting him again after tournaments at Spartanburg and Las Vegas.

Things took off from there. Horton-Tucker says Michigan paid him an in-home visit during the first week of the fall live period, which stretches from Sept. 9 through Nov. 5. The following week, they came to see him at Simeon High School.

Michigan’s efforts culminated in a visit to Ann Arbor on Sep. 21.

“It was just a quick visit to campus,” Horton-Tucker told UM Hoops on Friday. “… I was showing the same respect they showed me. Just went up to campus and saw how everything was, played a little bit with the guys and then went home.”

An official offer has yet to be extended as his transcripts are currently being sent to Michigan. But that could change soon, according to Horton-Tucker.

“Yeah, it’s going to be there,” he said. “The opportunity is there, I’m going to be able to come to Michigan if I want to.

“We’re just waiting on everything to go through with school and everything.”

During the visit, Horton-Tucker had a chance to spend time with John Beilein — who has exceeded initial expectations.

“(We talk about) everything, just life period. He’ll ask how I’m doing, talk about family, things like that.”

His favorite part of the visit? Being able to play with current players — including a duo he’s already very familiar with.

“Yeah, Jordan (Poole) and Charles (Matthews), I already knew them, I knew them before,” Horton-Tucker said. “And then I got cool with Isaiah (Livers) and the other freshman, Eli (Brooks). I knew Charles, I knew Jordan. Charles’ younger brother is one of my best friends, so he’s always been like a big brother to me.”

Neither Poole nor Matthews, though, has spent much time recruiting Horton-Tucker to Michigan. They’ve let him feel out the process himself.

“They don’t want to put that much pressure on me,” Horton-Tucker said, “because they already know how it is being recruited, you already have a lot of pressure and you can get overwhelmed.”

Patience, it appears, has been key in Horton-Tucker’s recruitment. When asked which schools have been recruiting him, he named Kansas, Ohio State, Xavier, Iowa State, Illinois, Saint Louis and Dayton — but was quick to say that he doesn’t have any favorites yet.

He’s off the heels of a whirlwind visit to Ann Arbor — but he’s unsure of what visits are in his future.

“Still taking my time with everything,” Horton-Tucker said. “I’m still just waiting to see what I’m going to do. I’ll probably decide when I’m going to make my decision in a few weeks, I don’t know yet.”