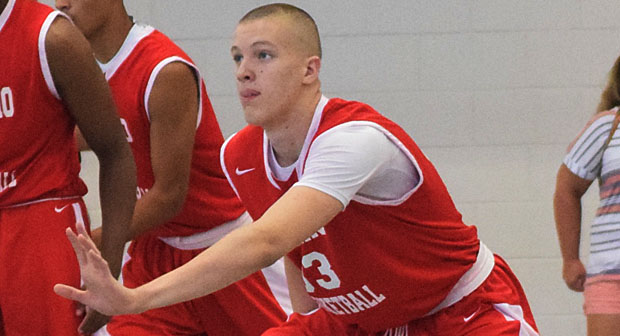 Currie committed to Michigan on June 15th as the first pledge in Michigan’s 2019 class. Two weeks later, he announced his intentions to reclassify to the 2018 class. Now, it appears that he’s still weighing his decision on which class he’ll end up in.

He was ranked 199th nationally per the 247 Sports Composite and projected as a power forward or big man at the next level. The Clarkston (MI) big man called the opportunity to commit to Michigan a “lifelong dream” after his pledge in June.

Michigan has commitments from David DeJulius, Brandon Johns and Ignas Brazdeikis in its 2018 class. Both Johns and Brazdeikis are capable of playing the four position in Michigan’s offense.

The Wolverines are also planning to host 2018 big man Colin Castleton and wing shooter Adrien Nunez for official visits this weekend. Previously tight on scholarship space, Currie’s decommitment means that the Wolverines have space to potentially take two more prospects in the 2018 class under the assumption that they are recruiting with Moritz Wagner’s scholarship.