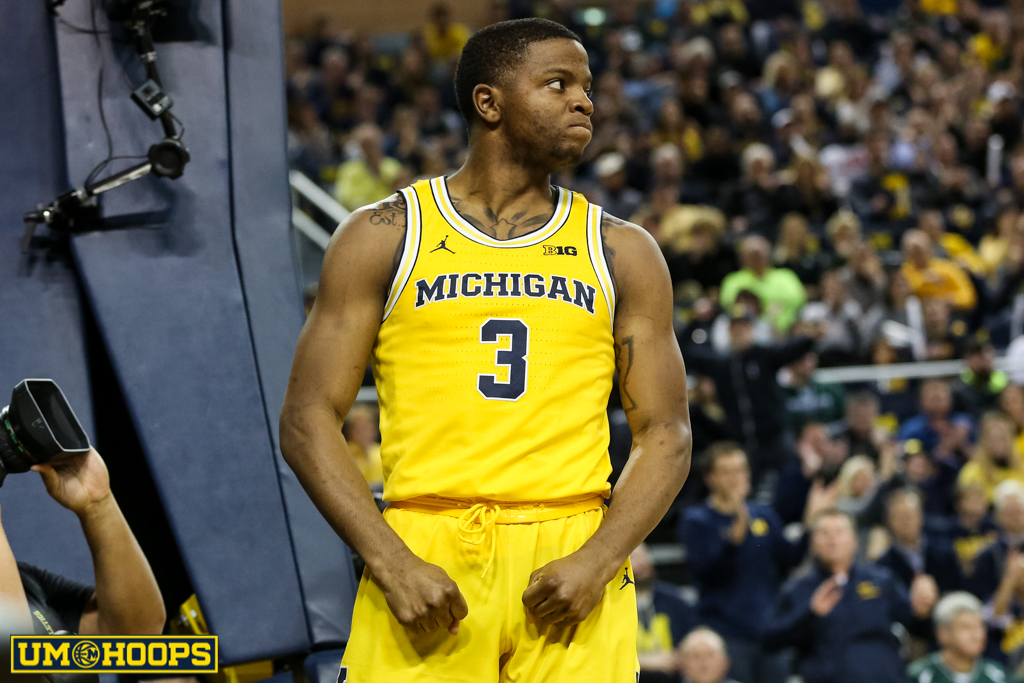 In retrospect, last season probably wasn’t the debut that Zavier Simpson was hoping for.

The now-sophomore point guard entered as the jewel of Michigan’s 2016 recruiting class — perhaps the only member expected to contribute immediately.

Entering the season, there was even talk of lineups that would feature both Simpson and Derrick Walton Jr., with the freshman perhaps spelling Walton at point guard and allowing him to move at-times to more of an off-ball role.

And while Simpson and Walton did hit the floor together occasionally, those plans never quite took off. Simpson played sparingly in his freshman campaign, playing just 8.7 minutes per game while averaging 1.6 points per game with a .372 field-goal percentage. 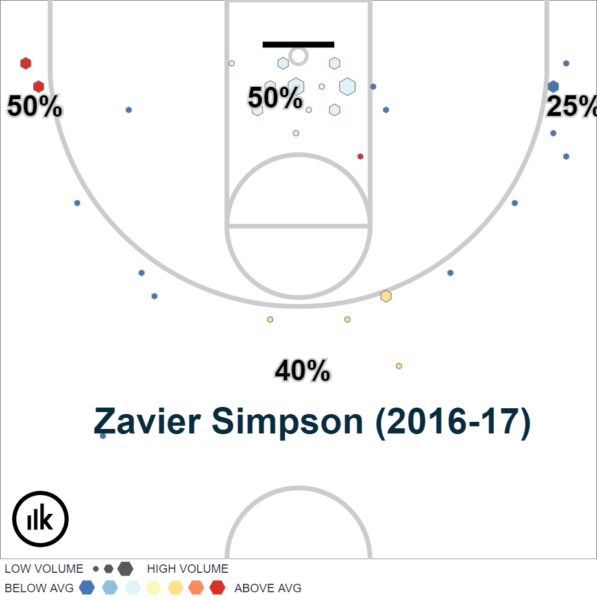 Simpson once said while in high school that he was a pass-first point guard. That statement did a disservice to his production — as a senior, he averaged 27.2 points per game while earning Ohio Mr. Basketball, and even turned in a 65-point performance once. In other words, he drew more comparisons to Trey Burke than Spike Albrecht.

Yet that scoring ability never materialized last season. Part of it can be chalked up to the growing pains that freshmen endure; adjusting to the college game, after all, can take time. Simpson — listed (perhaps generously) at exactly 6 feet tall on Michigan’s roster — may have found it much more difficult to get around older, more experienced defenders or score over college-sized bigs.

At some point, though, the learning curve is supposed to gradually smooth itself out. And while there were certainly flashes of potential — a quick incursion into the paint past Caleb Swanigan and Isaac Haas, or a couple nifty drives against Nebraska — those came far and few in between.

Quite simply, Simpson looked tentative on offense all season long, and that’ll present a problem to any point guard looking to earn minutes in John Beilein’s system.

“(Zavier), as most freshmen do, found college basketball to be a different animal, and he was still getting used to it,” Beilein told The Atlantic this offseason while answering a question about mentorship on his team. “I remember hearing Derrick say to (Zavier) one time, ‘Coach is going to be very demanding of you because he believes you can be a really good player, and this team needs you, so you can’t get down at all. You have got to continue to push forward, because you’re important, and Coach thinks you’re important, and I think you’re important.’ ”

Simpson was recruited as the heir apparent to Walton, and he may still turn out to be. But his path to a starting job did get much more interesting over the offseason after Michigan added Jaaron Simmons, a graduate transfer from Ohio University. Simmons is an established player, one who has shown a bonafide ability to score and distribute confidently — both aspects of Simpson’s game that are continuing to develop.

The intimation is that Simmons will continue to help Simpson grow, as Walton did. Beilein spoke with both Simpson — and freshman point guard Eli Brooks, another competitor for minutes — to make sure he was okay with the decision to add Simmons. He was complimentary of Simpson’s development, as well, saying he “improved a lot this year.”

Actions, of course, speak louder than words. There’s a reason Beilein and the staff found it prudent to look for a veteran during the offseason. The Wolverines have usually been on the other end of the grad-transfer market. A bottom line, it appears, has been drawn. Michigan has been patient with Simpson. But at some point, they’ll need him to be the player that they recruited him to be — and this year looks like his last chance to learn on the job.

Best-case scenario: Simpson beats out the more experienced Simmons for the starting job, displaying a more developed and confident offensive game, averaging around 8 points per game and 5 assists per game with an improved outside shot.

Bottom line: As it stands, Simpson gives Michigan a defense-first point guard — a skill-set that is certainly valuable. The addition of Simmons, though, means Simpson might struggle to earn a major role for a second consecutive season.