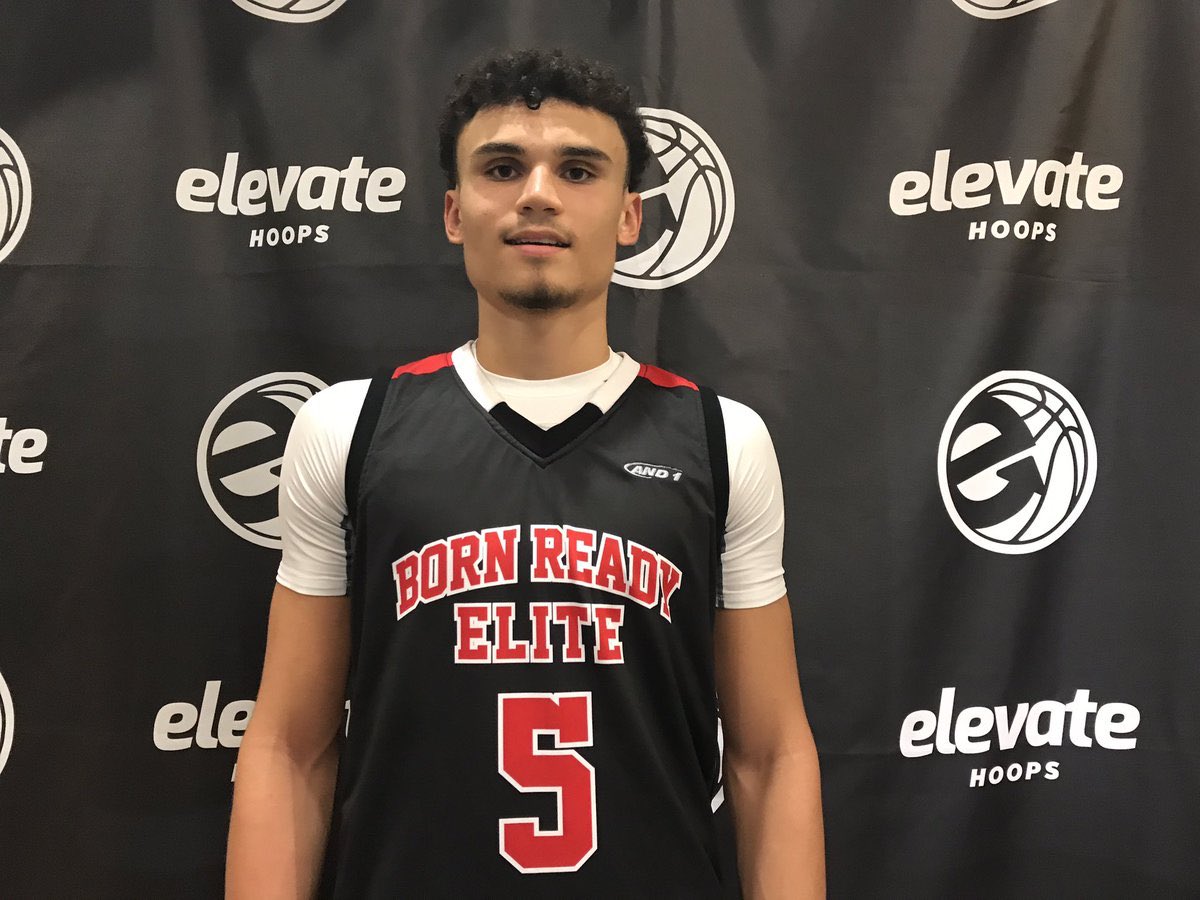 Adrien Nunez was eating breakfast at a hotel in Ann Arbor when he received a scholarship offer from John Beilein.

Five minutes later, the 6-foot-5 shooting guard from New York told Beilein that he was committing to Michigan.

“He was a little surprised at first, and then he was happy,” Nunez said. “He was like, ‘Hooray.’ It was good.”

Nunez’s commitment happened quickly, and fittingly so. This entire recruitment has been a blur for him, from exposure on the AAU circuit, the offers, the official visits, and finally, his decision to pick the Wolverines.

Not bad for someone who averaged just 4.8 points per game their senior season.

This winter, Nunez will attend St. Thomas More. For the first four years of his high school career, though, he was at Bishop Loughlin in Brooklyn.

He wasn’t the leader at Loughlin. That was Keith Williams, a four-star recruit who signed with Cincinnati. In fact, Nunez says he didn’t play very many minutes at all — and when he did, it was out of position at either the ‘4’ or the ‘5’.

When the dust settled on his senior year, Nunez was looking at zero offers.

But that would change after spending the spring and summer with his AAU team, Raising Elite Champions.

Kyleek Alford, one of Nunez’s AAU coaches, knew there was potential in the quiet kid with a slick jump shot. It was just a matter of whether Nunez could show it on the court — what Alford calls “bringing the dog out.”

“He was a quiet kid when we first got him, and we just told him, ‘You’re from New York. You have a target on your back … you have to show you’re an animal,” Alford told UM Hoops. “When the lights are on, you’ve always got to perform and be a monster. We just instilled that attitude in him, along with his game. We worked on his ball-handling a little bit more. He was always a great rebounding guard. We helped him with his mechanics in shooting.”

Nunez, meanwhile, was still training — even before the spring circuit began. After his high school season ended, he still hit the gym every morning before classes. He was mad at himself for “not getting anything” after four years at Bishop Loughlin, and he wanted to prove that he was worthy of college basketball.

“I would always practice one way, and then I would play in games another way,” Nunez said. “So I always knew that I could do play like that, but I didn’t have that mental aspect, that “dog,” to really do it in the games.

“I knew it was just a matter of time. I started late, started playing when I was 12 in 7th grade, so I knew it was a developing thing. I knew it took time. I’m happy it happened right at the last second, basically.”

By late June, Alford noticed a big difference in his pupil. The dog, as he would say, had been brought out.

Alford and the rest of the staff’s strategy had worked. They had built their team around Nunez, calling him the “LeBron of the team,” and had spent countless hours trying to make him a more aggressive player.

There were growing pains. But the end product was something he never could have imagined.

“It was a little bit too much at the start. (Nunez) wasn’t the leader at Loughlin, so for him to do that, we asked him a little too much,” Alford said. “But once he started realizing that we were only going to win if he played well, late June, that’s when he went on his little tear.

“He had multiple games where he hit more than six 3s, seven 3s. Against Mo Williams Elite (RM5 Elite), he hit nine, he hit something like six in the first half where the first gym thought we were out of it, they were looking like who’s this team, and we put up a great fight. The Mo Williams coach was like, ‘I got a bad scouting report.’ ”

The offers started rolling in. Michigan assistant coach Saddi Washington was there in Las Vegas, almost certainly to check in on RM5 Elite’s Michigan targets such as 2018 guard Keonte Kennedy and 2019 wing Tyrese Maxey. Instead, he caught one of Nunez’s breakout performances, which came less than 48 hours before the end of the final evaluation period of the summer, and it was a matter of time before Michigan came calling.

Nunez knew a lot about the Wolverines before he even stepped foot on campus. After Washington and Beilein had gotten in contact with him, he researched the school and program — and liked what he found.

“I knew it was the top public university in the country, they just won the Big Ten, Coach Beilein is a Hall of Fame coach,” Nunez said. “There’s just a lot. The first impression of it was just great.”

An official was scheduled in September. Nunez visited with both of his parents, and as soon as he arrived, he knew it was a good fit.

“It felt like home a little bit,” Nunez said. “It was just a nice place. It felt right. I was getting along with the guys. It was the most comfortable I’d felt with a team on a visit. The coaches and everything were really straightforward, and I liked that. They didn’t sugarcoat anything, and they weren’t over-recruiting me.”

Hosted by Charles Matthews, Nunez felt extremely comfortable with the Wolverines. His parents remarked that it was the most relaxed they’d ever seen him while around players on an official.

He appreciated that Michigan had a well-balanced recruiting class in place. He liked the offensive system, how he would have a green light to shoot it from deep. Everything went so well that he saw no reason to delay a decision, especially after receiving the offer while at breakfast.

Alford also believes Michigan is a “great fit” for Nunez. He says he hasn’t seen anyone shoot the ball like Nunez since Gary Ervin, who played at Mississippi State and Arkansas.

Raising Elite Champions’ staff has been together for six to seven years, according to Alford. The program has seen numerous players move on to Division I basketball. Nunez will be the latest.

None, though, took even close to the same path. They were the stars of their high school teams. They were always highly recruited.

Nunez was neither. Yet he found his way to Michigan nonetheless.

“With Adrien, it was like, okay, he can shoot — what else can he do?” Alford said. “And then just instilling in him, ‘You have to be a leader. This is your team.’ For him going to that, to blowing up how he blew up, we expected something to happen but we didn’t expect this magnitude.

“I’m just proud of the kid. The kid is a very humble kid, comes from a great family background. Michigan came on late, we knew really nothing about it, but we were shocked and happy for the kid. He deserves everything that he worked for.”