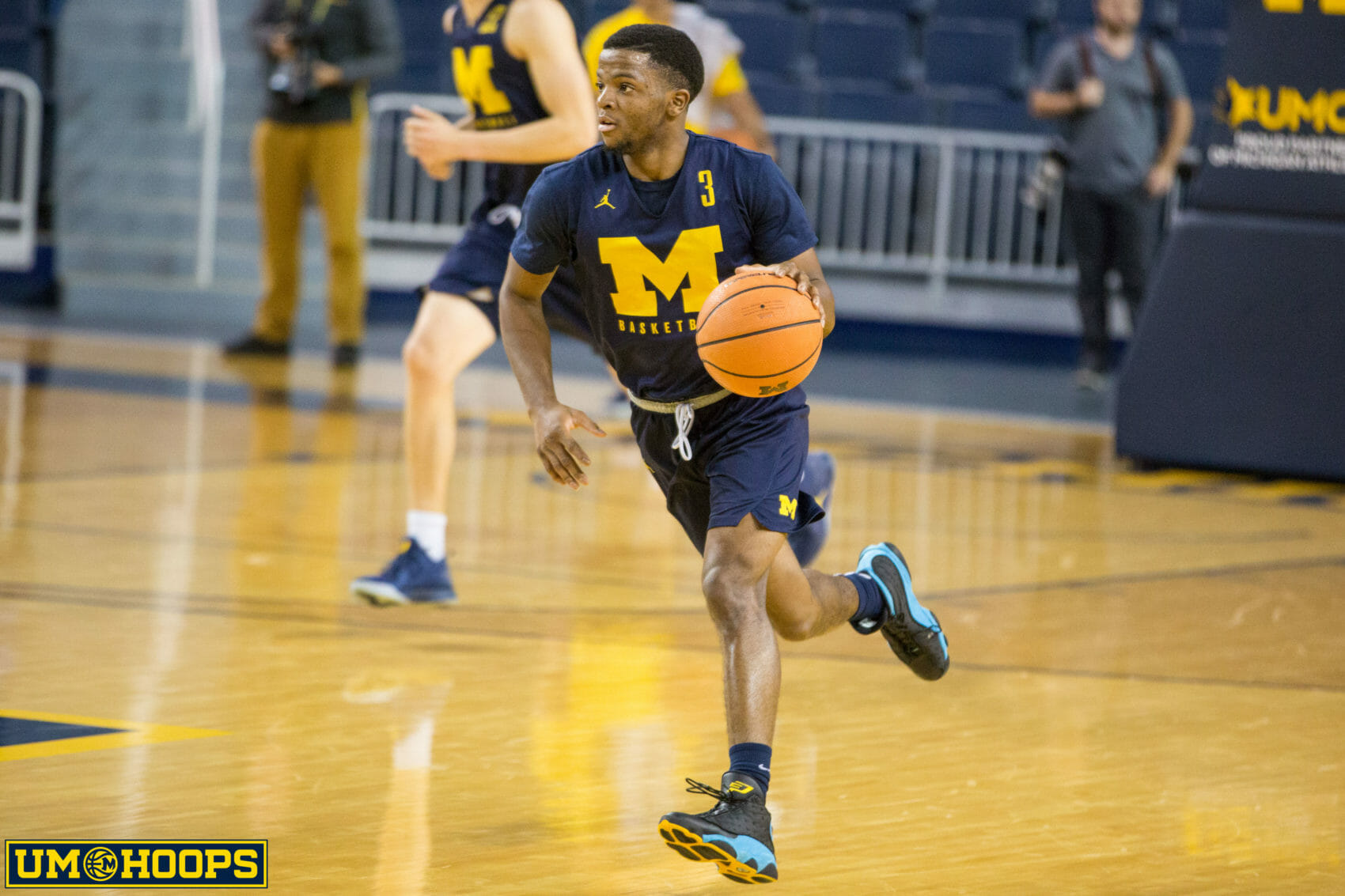 “It seems like every team he was on, they were winning.”

Zavier Simpson’s freshman year, well, it could have gone better.

The highly touted recruit cracked the rotation for just 8.7 minutes per game and failed to make an offensive impact. Simpson shot just 37.2 percent from the floor and an abysmal 26.3 percent from 3. Even in Tuesday night’s open scrimmage, defenders were more than willing to leave Simpson alone when he was off the ball.

Of course, it’s far from a guarantee Simpson sees more of the floor this year than last. The Wolverines are still locked in a three-man point guard battle between graduate transfer Jaaron Simmons, freshman Eli Brooks, and Simpson with no end in sight.

“I would expect (point guard) to be revolving a little bit,” head coach John Beilein said at Wednesday’s Media Day. “We might have a quarterback controversy.”

Despite the quarterback controversy, the disappointing year, and the kinks that still need to be worked out, Simpson has a clear role on this team: the motivator.

“So we’ll go through a (walkthrough) drill” said freshman guard Jordan Poole. “And (Simpson) will just steal the ball and start clapping. Get everybody hype. All of us are thinking ‘I thought we were just walking through.’ But he’s going 100 percent.”

According to Beilein, Simpson’s Catapult numbers — which track heart rate, speed, acceleration and similar metrics to help injury prevention — are the best on the team.

“He pushes all of us, every day in practice,” said redshirt sophomore Austin Davis. “He leads our team really well.”

It’s not often you hear a sophomore — let alone one who played sparingly in his freshman season — described as a leader. But with Simpson, it’s par for the course.

“He’s been showing a lot of leadership,” said assistant coach DeAndre Haynes. “He was on the blue team (in scrimmages) and it seems like every team he was on, they were winning.”

“Toughness. Effort. Tenacity,” said assistant coach Luke Yaklich in describing Simpson, with a veritable pause between each word. “He’s got a desire to be a great defensive player, then he’s got some physical tools and skills to match that desire.”

Indeed, defense was an area where Simpson excelled last season. He averaged a team-high 2.4 steals per 40 minutes with a +3.2 defensive box plus-minus. All of the attributes Yaklich extolled were on display. However, the question was — and remains — at the other end of the floor.

“Last year, it was really fast, when in reality, it’s not,” said Simpson, explaining his struggles. “I mean, it’s still slowing down to me now.”

Over the offseason, the sophomore worked on “pretty much everything,” from reading the pick and roll to ball-handling, to passing.” In at least one element, it seems to be working.

“(My shooting numbers) improved a lot,” he said. “So I can hopefully become a shooter like Duncan (Robinson).”

That’s a lofty goal given that Robinson outshot Simpson by 16.1 percent from 3 last season, but Michigan fans would happily take an improvement. If his allegedly strong practice shooting numbers hold up, especially in next Friday’s exhibition against Grand Valley State, it may be enough to give Simpson the starting job given his defensive ability. It’s clear his leadership during practices is impressing coaches and teammates alike.

At one point during unending parade of Media Day questions, Simpson is asked about the loudest voices on the team. He leans back, searches, looking for an answer and falling flat. “Let me take a look,” he says, scanning the floor of Crisler Center. Finally, he turns the other way, toward the table where preferred walk-ons Luke Wilson and Naji Ozeir are sitting. “Let Naji and Luke answer the question.”