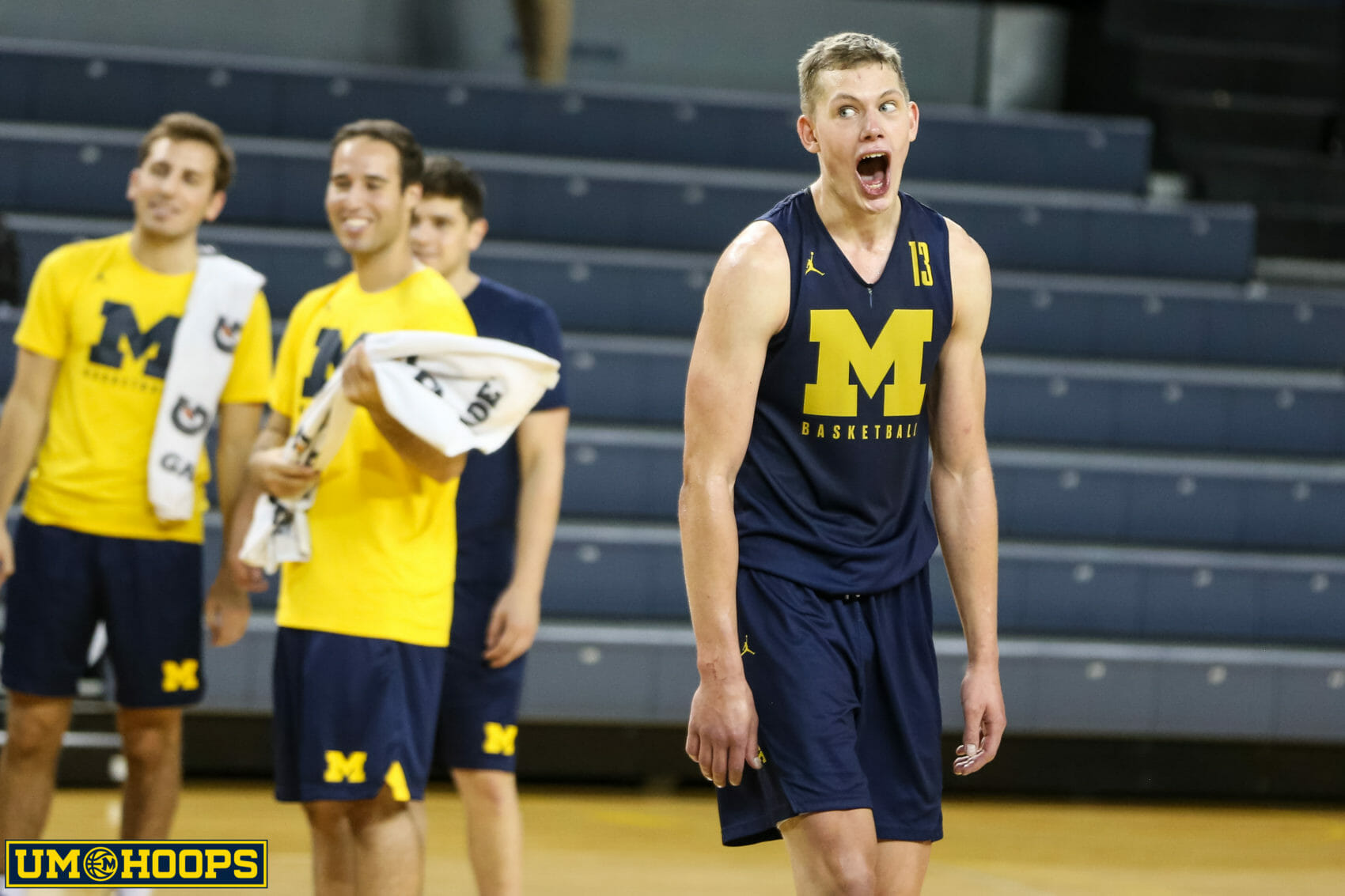 “(Wagner’s) definitely grown tremendously and really embracing leadership,” Beilein said Thursday afternoon. “That was one of the things, when he decided that he was going to continue with his career at Michigan and not go to the NBA, was, ‘Coach, I want to lead this team.’

Team 102 is shaping up to be one of the most interesting groups John Beilein has coached at Michigan.

The Wolverines could be good down the road. According to Beilein, they aren’t “very good right now.” There’s plenty of variance.

Thursday afternoon, one day before the Wolverines’ exhibition against Grand Valley State, Beilein commented on the challenges he’s faced with this team.

There are a lot of new faces. Michigan could face a “100 percent remodel” if injuries to key players occur. Beilein has had to dial things back for younger players.

The other day, in a secret scrimmage against Toledo, he called a play that he’s “used for years” — and then realized it might not work, because he doesn’t have Derrick Walton Jr., Trey Burke or Darius Morris on the roster.

Who he does have is Moritz Wagner. And though Beilein wouldn’t name his starting lineup for Friday’s exhibition, he did say that Wagner will start. The junior forward is no longer a wildcard, like he was his first two years. Michigan needs him to be a sure thing. And Wagner certainly seems to understand that.

He’s the man now, and he’s had to adjust accordingly.

“(Wagner’s) definitely grown tremendously and really embracing leadership,” Beilein said Thursday afternoon. “That was one of the things, when he decided that he was going to continue with his career at Michigan and not go to the NBA, was, ‘Coach, I want to lead this team.’

“It’s great to have that and at this point, there’s far less maintenance in practice to get him back focused, whether it was a bad foul (or a bad play).”

Wagner pointed to Walton and Caris LeVert as players whose example he’s followed. He said the way Walton changed his mentality halfway through last season — “like a switch” — was very impressive. Just as impressive was the way LeVert led Michigan two years ago.

“I always think back to how Caris led this team my freshman year was very impressive just for me,” Wagner said. “… Seeing that for the first time in my life, how the dude just led the team by not even talking a lot, just doing his thing and being responsible and being very sharp in what he’s doing.”

As Wagner said Thursday, he’s always been a talker. But he wouldn’t call himself a born leader. It’s a different mentality, Wagner says. And he’s had to embrace his new role by being more responsible in everything he does. He doesn’t have the ability to check out mentally after making mistakes in practice. He’s held accountable this year for those types of lapses — and he has to hold others accountable, as well.

“We had a moment yesterday where I made a mistake,” recalled fifth-year senior forward Duncan Robinson. “And as the coaches say, I was ‘carrying the suitcase’ and carrying the play with me. (Wagner) actually got on me about it to have that next play mentality.

“I thought, ‘Wait, that’s usually me saying that to you.’ So I think he’s grown a lot in that area — just his emotional maturity.”

Wagner was asked whether he carries a chip on the shoulder, considering Michigan is often overlooked at the beginning of the year. He said he definitely does — that he enjoys being the hunter.

And yes, the Wolverines could certainly be seen as the hunter. But for Wagner himself, that isn’t the case anymore. Whether he likes it or not, he’s facing serious expectations now, both on and off the court.

Wagner said Thursday that he doesn’t see the “leader thing” as a big deal. But the fact remains: he’s made serious strides in that area since last season. And for a team with a lot of question marks, that’s surely a good sign from one of Michigan’s few sure things.