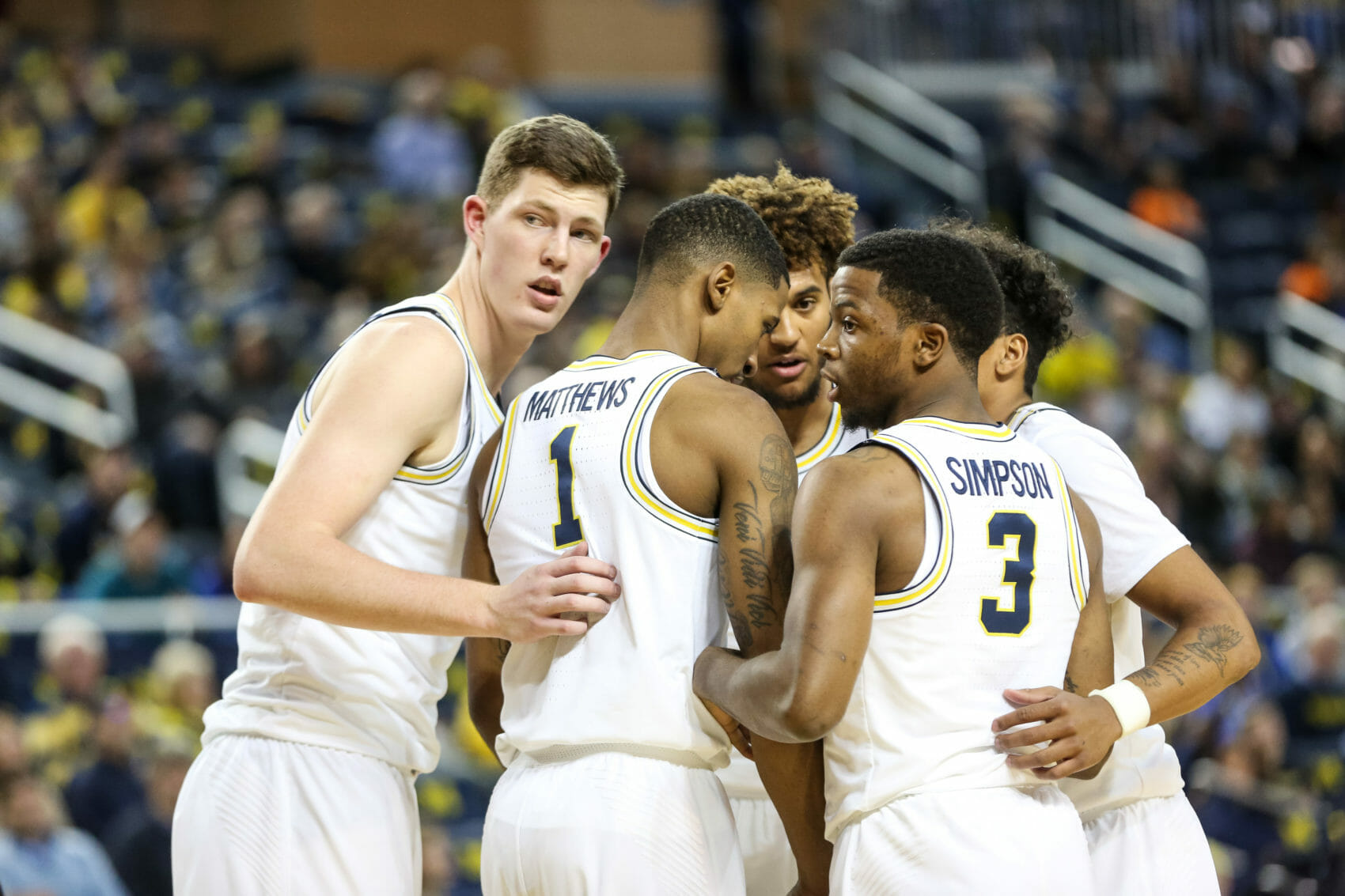 After months of waiting to see what the new look 2017-18 Wolverines would look like, they finally took the floor on Friday night.

Michigan’s 82-50 exhibition rout of Grand Valley State was the sort up-and-down performance that you might have expected after hearing John Beilein insist that his team would experience a few growing pains early on this year.

Kentucky transfer Charles Matthews had no problem taking control as the focal point of the Wolverine offense, opening the game with a 3-pointer and finishing with team-highs of 23 points and 29 minutes. Matthews took 14 shots in the exhibition, the same number he attempted in the final 12 games combined of his Kentucky career.

While Zavier Simpson started at point guard, Beilein didn’t hesitate to throw his other two guards into the mix. Jaaron Simmons was the first man off the bench and played 15 minutes, finishing with 5 points, 4 rebounds and three assists. Freshman guard Eli Brooks played at the off guard for the first two-thirds of the game before getting his own shift to run the team. He finished with 5 points and two assists in 15 minutes.

Simpson has now started Michigan’s open practice, scrimmage and exhibition, but with all of the lead guards playing under 20 minutes I would still call the competition wide open with the opener just a week away. Overall, the lead guards combined for 16 points and 8 assists on 6-of-12 shooting, but the damage was spread evenly between the trio.

Sophomore big man Jon Teske (12 minutes) is clearly the backup five ahead of Austin Davis. On the wings, Isaiah Livers and Ibi Watson backed up Duncan Robinson and Matthews respectively.

The final tempo free statistics all pass the eye-test for an exhibition win over a mid-tier GLIAC team. Michigan controlled the game from the opening tip and it was never competitive, but there were plenty of sloppy moments.

The Wolverines were hot from three-point range, especially early, and knocking in 11-of-26 triples can mask a few flaws. Eight different Michigan players made at least one three in the win, quelling at least some concerns about perimeter shooting from the newcomers. It’s hard for some teams to score 1.22 points per possession in practice against student managers, and Michigan reached that mark with relative ease despite a performance that felt disjointed.

The main defensive numbers are impressive, but again are tough to decipher given the competition. The Lakers shot just 36% on twos and 21% on threes and assisted on only 7 of 20 field goals while turning the ball over 13 times.

The most important defensive nitpick is on the glass. Grand Valley State rebounded 33 percent of its missed shots and scored 11 second chance points.

The Wolverines had several lackadaisical moments on the boards whether it was allowing below the rim second chances, missed free throw box outs, being in position for a rebound and not grabbing it or failing to box out the shooter (twice on one possession). It’s not that tonight’s rebounding performance was terrible, but adjusted for competition it isn’t going to put any rebounding concerns to bed.

A little over a week from today, Michigan will open its season by raising a banner and hosting North Florida. 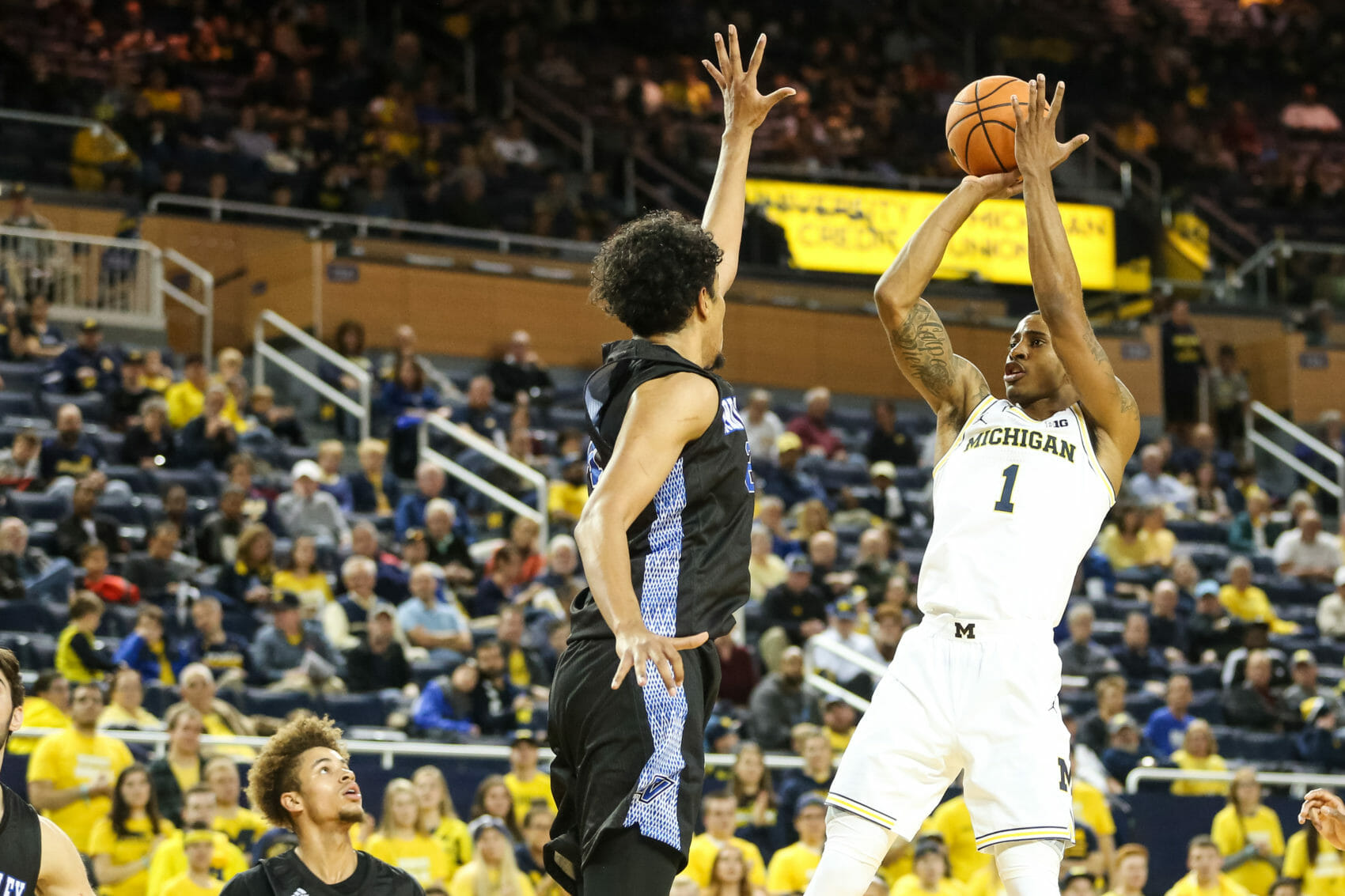 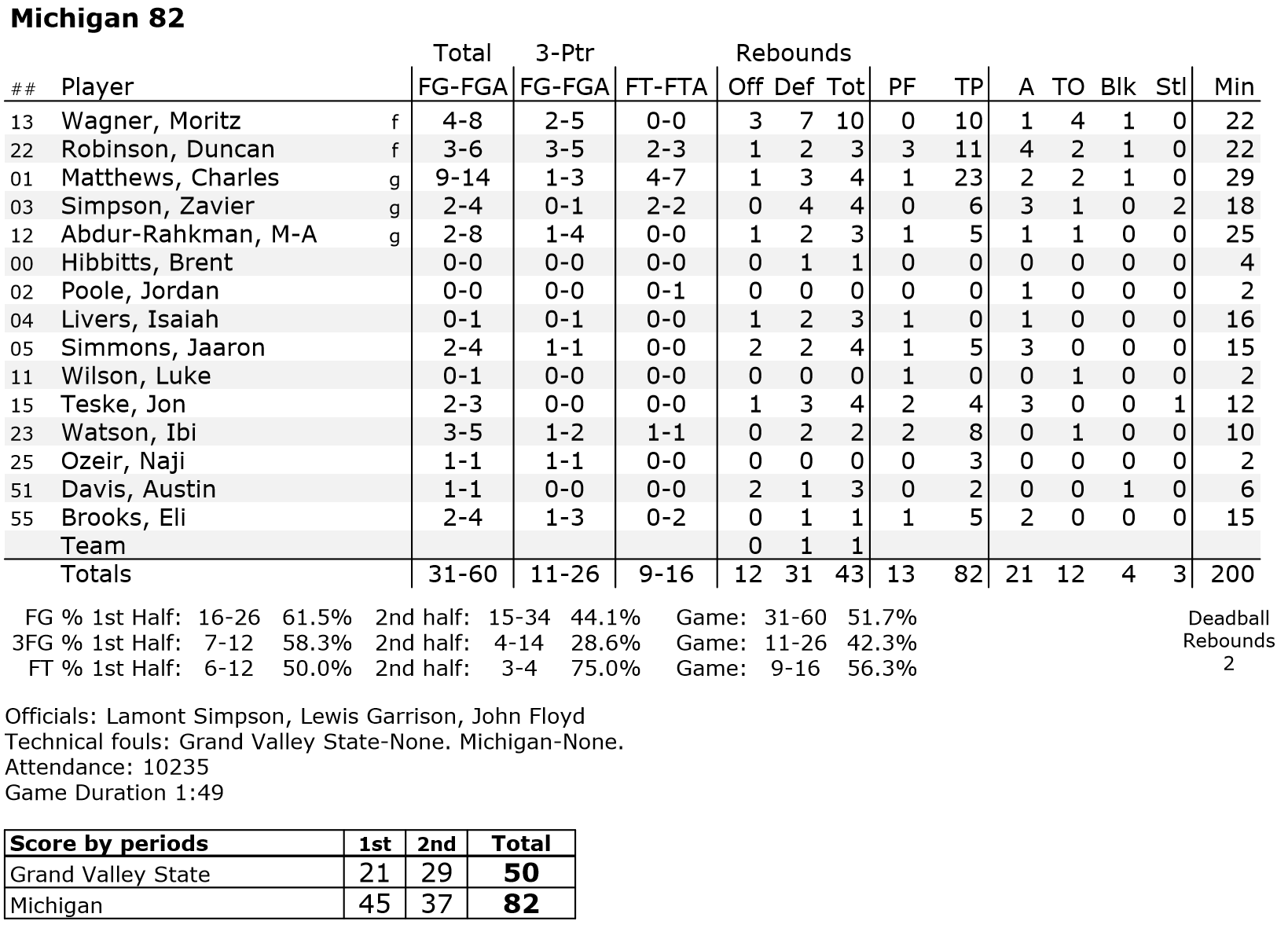