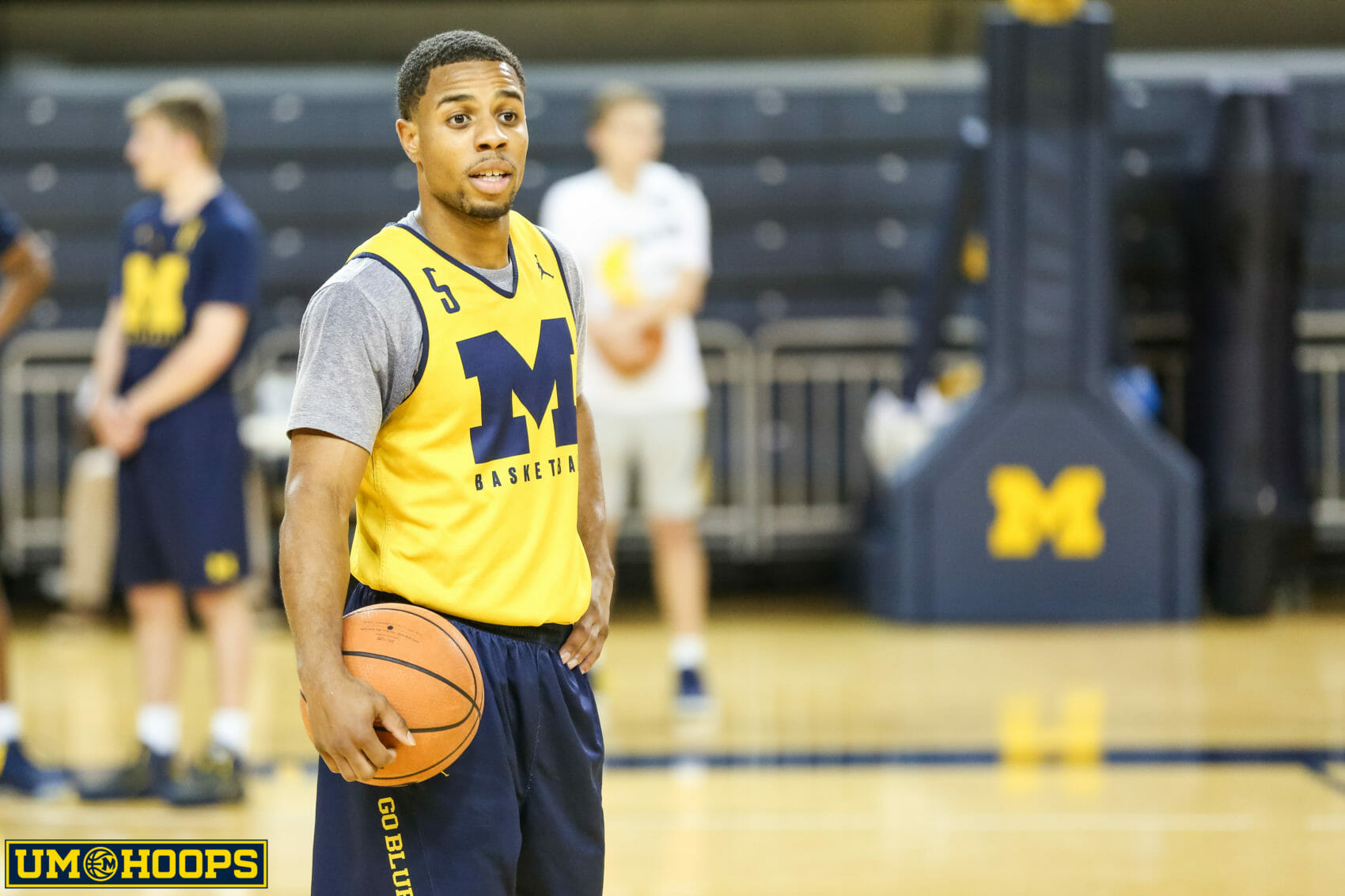 Michigan will play its lone exhibition game tonight against Grand Valley State (7 p.m., BTN-Plus) at the Crisler Center. Here’s what we’ll be watching for.

The Lakers went 16-13 last season and are picked to finish 4th in the GLIAC North. More importantly, it will be the first time to see Michigan’s many new faces in a game situation. From lineup combinations to playing style, here’s what we’ll be watching for.

“We’ve gotta pick somebody. One of them had to start the other day,” Beilein said, referring to Zavier Simpson starting in Michigan’s scrimmage against Toledo. “And now we’re grading his performance today to see whether he’s the guy for tomorrow. It could change.”

Michigan hasn’t entered a season with doubts about who its starting point guard would be since 2008-09.

For almost the last decade, the point guard spot has been the least of Beilein’s concerns. This year, it is at the top of the list.

“We’ll figure it out,” Beilein said. “Some guys are learning very fast and some are not.”

All eyes will be on Jaaron Simmons and Zavier Simpson when they are on the floor, but here are two things to watch when both players run the team.

First off, how quickly do they get Michigan into its offense and how well does Beilein’s base two-guard offense flow. Second, how effective do they look in the pick and roll game and are they comfortable making the difficult passes and reads.

“Then you have to be able to score or we call it ‘play hockey’ where you just dribble behind the net and come out the other side.  Several of our players had no concept of that coming in and then we teach it. X had a great hockey play the other day.”

Spike Albrecht was great at ‘playing hockey’ in the ball screen game. He would dribble into the paint, even when he wasn’t a real threat to score, and keep his dribble until someone came open.

Who surprises on night 1?

Last year’s early season surprise was DJ Wilson. He had a couple of huge performances in exhibition and non-conference play and dramatically raised expectations heading to New York City. He moved into the starting lineup at Madison Square Garden and never looked back. Who is that player in 2017-18? We’ll get a first chance to see any candidates on Friday evening.

My bet this year might be on freshman guard Eli Brooks. He’s generated the most buzz of any of the freshmen in preseason action and should get a chance to prove himself.

“It’s really lining up,” Beilein said of how his expectations for Eli have played out. “There’s a lot of things that are going on for any freshman right now, but it’s going really well. He probably shoots the ball better than even I thought. He’s catching onto things, leadership, it has really been good so far.”

Brooks is in an interesting spot as an undersized combo guard, but if he could fit nicely into a scoring role off the bench.

Derrick Walton and Zak Irvin accounted for over 50 percent of Michigan’s shot attempts with under 4 seconds on the shot clock last season. In addition to those attempts, it’s safe to assume that they assisted close to half of their teammates attempts in the same spots. This year, someone else needs to take that role and be the late clock guy when the initial offense doesn’t yield a shot.

To be completely honest, I’m not sure who that guy is.

You can make a case that it should be Moritz Wagner, but it is more complicated to get the ball to a big man in those spots. Muhammad-Ali Abdur-Rahkman seems like a natural fit but has been passive at times offensively. Jaaron Simmons was that guy for Ohio, but we haven’t seen him at this level.

Moritz Wagner and Muhammad-Ali Abdur-Rahkman were the only players that Beilein would pencil into tonight’s starting lineup, but it is probably a safe bet to expect Duncan Robinson and Charles Matthews to join them.

Beyond the starters, Beilein’s rotation should provide a first glimpse of who stands where and who is comfortable in what role. The head coach said he wants to play 9 or 10 players in the exhibition and has a pretty strong idea of who that group is.

One of the most interesting rotational battles will be around the off guard spot. Eli Brooks is capable of playing either guard spot, but Abdur-Rahkman should take up the majority of those minutes at the two. If the staff wants to get Brooks more involved they could get creative. Or they could look to Ibi Watson or Jordan Poole to provide backup wing minutes with a bigger frame.

In the frontcourt, most expect Isaiah Livers to play minutes at the backup four, but his performance in those minutes will speak to Michigan’s depth at that spot He’s one of the most important players on the roster from a depth perspective. Most recent reports had Jon Teske with a slight edge for the backup center minutes over the last few weeks, but both backup big men have a lot to prove.

The easiest way to catch the action is to head to the Crisler Center and buy a ticket. The game will also be streamed by BTN-Plus for $9.95 per month. A one month subscription will also get you access to watch Michigan’s games against North Florida and Southern Miss, but I strongly recommend turning off auto-renewal as soon as possible.