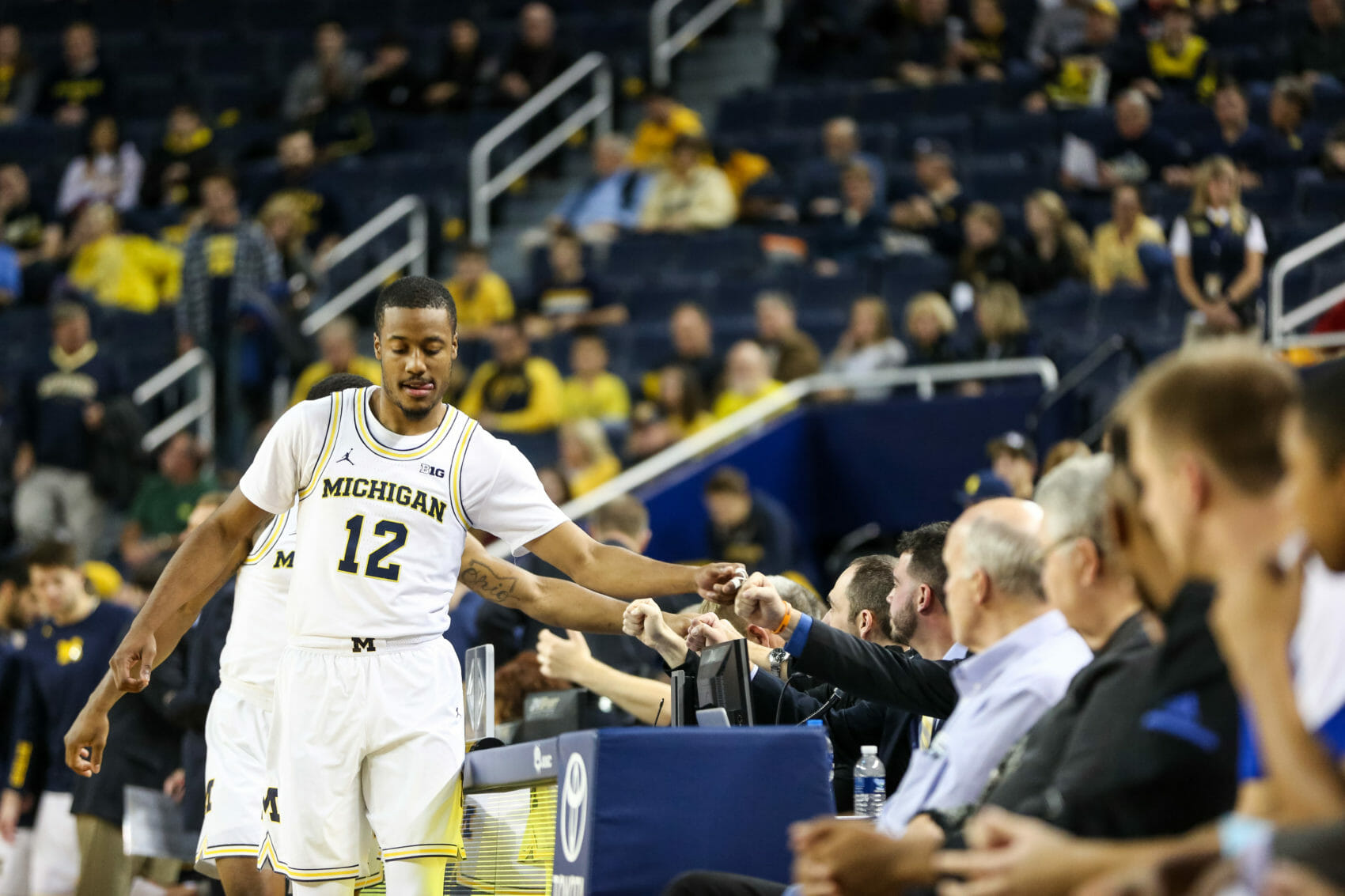 Basketball is back and Michigan will open the season on Saturday night with a banner celebration before welcoming North Florida to the Crisler Center (7:30 p.m., BTN-Plus).

Basketball is back and Michigan will open the season on Saturday night with a banner celebration before welcoming North Florida to the Crisler Center (7:30 p.m., BTN-Plus).

The Ospreys open the season on Friday night in East Lansing before traveling to Ann Arbor. Then they’ll jet off to VCU and Florida to wrap up four guarantee games (and a balanced budget) in a weeks’ time.

North Florida head coach Matthew Driscoll is entering his 9th season in charge of the program. He was the first coach that the Ospreys hired after transitioning to Division I and he got them to the NCAA First Four in 2014-15. While he’s won the Atlantic Sun regular season crown in two of the last three seasons, he has a rebuilding job on his hands this year.

North Florida has to replace three starters from last year’s roster, including 6-foot-1 guard Dallas Moore, the back-to-back Atlantic Sun Player of the Year. Despite the attrition, the Ospreys were still picked to finish third in the league and were the only team other than FGCU to receive any first place votes.

It’s tough to know what to expect from the Ospreys offensively after they lost their two highest usage players from a season ago. A quarter of North Florida’s offensive possessions came out of ball screen action last season, but Moore was responsible for 75% of those. As Michigan continues to try to figure out what its offense looks like without Derrick Walton, North Florida is making a similar adjustment.

One thing is for certain, Driscoll is all in on ‘Moreyball’ elimination of mid-range jump shots. 41.7% of the Ospreys’ field goal attempts were threes last season (51st in the country) and they only attempted 86 mid-range jumpers (compared to 693 three-pointers) in 34 games last season, according to Synergy. The trouble for UNF is that over 50% of last year’s made three-point production left the program this off-season.

Last year’s UNF squad was aggressive on the offensive glass, but that has’t always been a hallmark of Driscoll’s offense. Turnovers also bogged down the Osprey offense a season ago as they gave the ball away on 22.1 percent of their defensive possessions (341st). It’s hard to imagine this group being any more efficient, especially early on, than last year’s team which finishes 222nd in adjusted offensive efficiency.

Expect heavy doses of zone defense when Michigan has the ball. North Florida ran zone defense on just under 70 percent of its defensive possessions last season, per Synergy Sports. UNF’s zone graded out in the 78th percentile compared to its man-to-man in just the 27th percentile. The zone looks explain why North Florida doesn’t force many turnovers and struggled on the defensive glass.

The Osprey defense appears to follow a tenet that Michigan learned last season: eliminate three-point attempts. North Florida ranked 86th in 3PA/FGA allowed and that was actually a down year overall. As a program, UNF has ranked in the top-25 for three-point attempt prevention since 2010 with several seasons in the top 5. It sounds a bit counter-intuitive for a zone team to actually prevent three-point attempts, but that speaks to just how extended the UNF zone can be, leaving gaps in the middle and along the baselines.

Michigan has perennially had a very good zone offense — and already faced some zone in its exhibition win — but the zone looks should test an inexperienced offense with at least some question marks shooting the ball.

Wajid Aminu, a 6-foot-7 sophomore, should be the Ospreys’ top threat this season. The talented combo forward also presents one of the most interesting matchups for Michigan. Aminu is an old school undersized forward who finishes inside (55%), gets to the free throw line (48% FTA/FGA), crashes the offensive glass and block shots. Reports are that he’s looking to expand his game to the perimeter after making only 6-of-24 three-pointers last season.

Another sophomore, 6-foot-6 wing Garrett Sams should step into more of a playmaking role as well. Sams flirted with transferring this summer before deciding to return to Jacksonville. He shot 42 percent from three-point range last season, but struggled to finish inside (36% inside the arc). Sams gets to the free throw line, but his assist rate lags far behind his turnover rate.

Ole Miss transfer JT Escobar is a scoring guard who should be ready to step in at a lower level. He barely played as freshman at Ole Miss, but was well regarded as a scorer out of high school. His claim to fame is putting up 62 points against Oak Hill in a high school game.

North Florida is expected to lean on a host of additional freshmen and newcomers to fill the rest of the rotation.

Noah Horchler is a junior college transfer with impressive physical gifts. He’s 6-foot-8 with a 7-foot-1 wingspan and a 40 inch vertical leap. He looks to be a quick leaper who should act as an energy guy and roll man around the hoop.

Another junior college transfer, 6-foot-1 Puerto Rican Ivan Gandia-Rosa could play key minutes at the guard spot. He’s known for his passing and playmaking ability out of the ball screen game. Two freshmen from Florida, Ryan Burkhardt and Emmanuel Lambright, should contribute on the wing with their shooting, but they’ll also be playing just their second college basketball game.

North Florida is short on experienced talent and will be playing its second game in as many nights. KenPom has Michigan listed as a 23 point favorite right now and this is one that the Wolverines should win comfortably. That being said, it will be a key early test to see how the Wolverines handle a versatile combo forward like Aminu and how the zone offense looks early on.