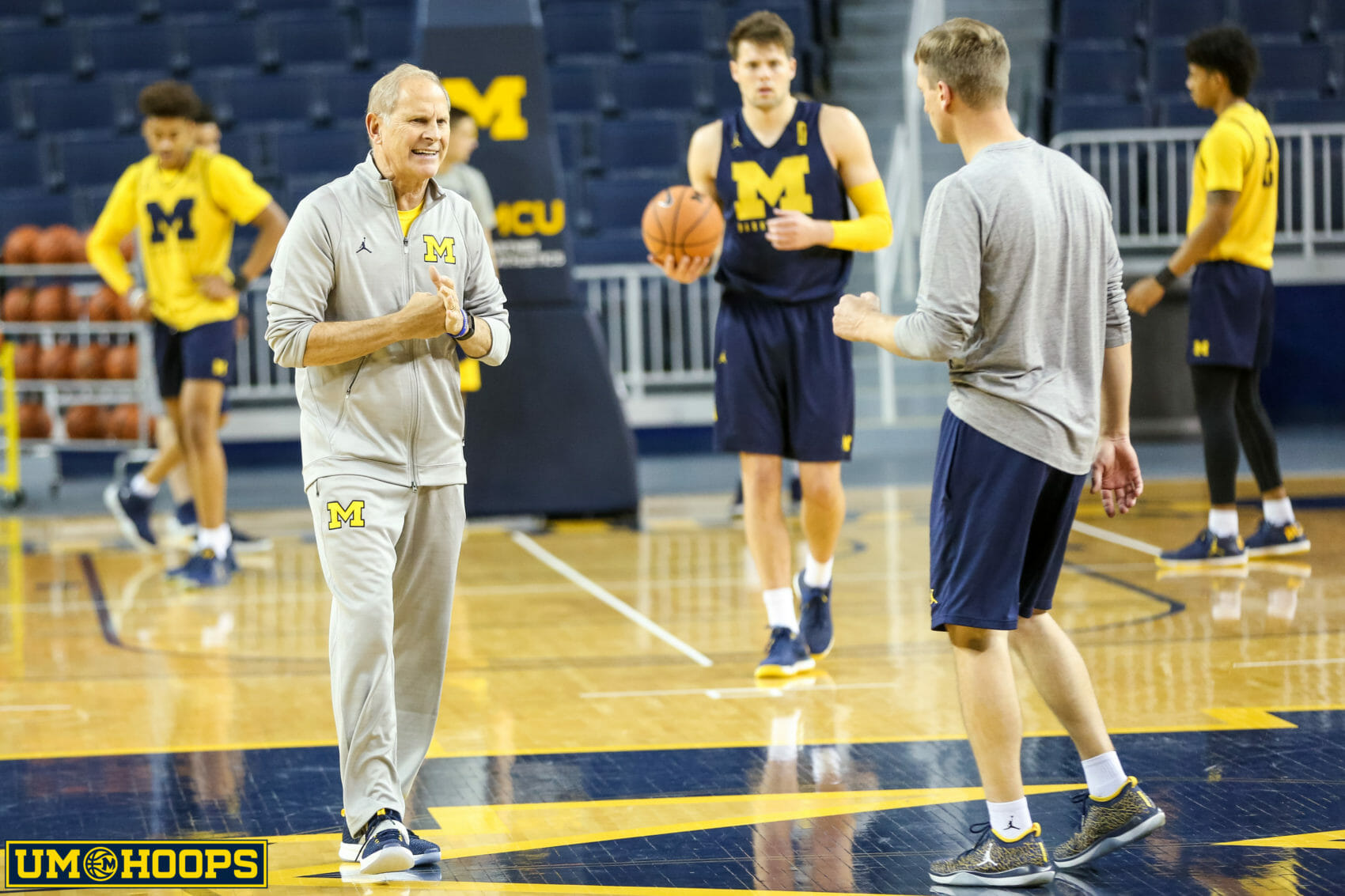 Michigan announced the signing of its 2018 recruiting class today.

Michigan announced the signing of its five-man class of 2018 recruiting class today.

Here are John Beilein’s comments on all five signees:

“David is a highly talented point guard that plays with poise and personality,” said Beilein. “His abilities to score and be a playmaker fit well in our style of play. Anytime we can get one of the top in-state prospects, it’s a great for our program. He’s a leader, has high character, and is a hard-working kid who values academics and the total Michigan experience. We love it when guys come running through the door to be a part of the Wolverine family.”

“Ignas is a dynamic player with the ability to impact the game in a variety of ways because of his size, length, athleticism and overall skill set,” said Beilein. “Iggy is a terrific student-athlete whose character, work ethic and passion will allow him to embrace and enhance the culture and core values within our program. Our players and staff are incredibly excited about his commitment and look forward to his further growth before joining us.”

“We are thrilled to be signing such a talented and versatile player as Brandon. He is a humble kid, even with all the expectations he has carried over the years as a top prospect in Michigan and on the national level. Brandon is an explosive athlete that also has a high skill level. He checks a lot of the boxes we look for in our student-athletes, and we are excited to be a part of his continued development as a student-athlete.”

“Colin has an incredible skill set for his size,” commented Beilein. “He has shown a blend of being able to shoot from distance and use a low-post game to score as well. When you add in his ability to dribble and pass, he is a terrific fit for our style of play. What we like most is his ability to impact the game on the defensive end, at the rim and on the glass, and we love that he embraces that role. Colin’s appreciation, enthusiasm and passion for his family, teachers, coaches, community and the game are attributes he will bring with him from Florida and our fans will appreciate.”

“Very much like our other signees, Adrien is a high-character kid who values academics and has a tremendous work ethic,” said Beilein. “He took this past summer to ‘bet on himself’ and is using his postgraduate year to really develop and prepare for a collegiate career. His size and shooting ability are just some of the reasons we started following him this summer, and we believe his best basketball is ahead of him. Once he came on his visit, it was clear he was a good match for us, both academically and athletically.”