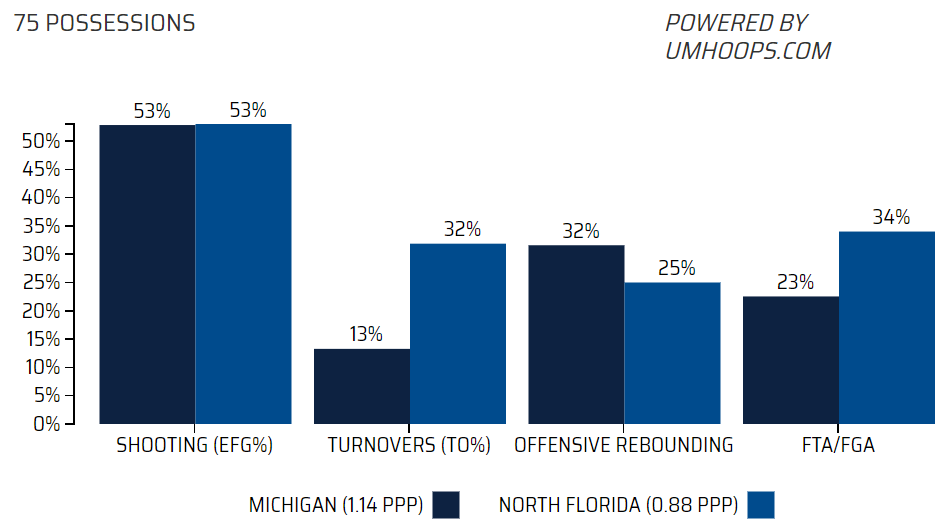 After a flawless exhibition debut, Charles Matthews went off script in his first official game in a Michigan uniform.

The transfer wing missed six shots and turned the ball over in the first 10 minutes Michigan’s season-opening win over North Florida.  The Wolverines found themselves down 7 points early on their home floor in a game that few expected to be competitive.

Fresh faces, new roles. At that point, everything was real. Michigan was in a game and the result counted.

There will be tougher challenges ahead, but this was the first time that Matthews had to answer after a rough stretch (he made 8 of his final 13 shots) or that the Michigan defense had to string together multiple stops in a close game (they did after allowing the Ospreys to take a 1 point second half lead).

Right now, Michigan is still trying to figure out who does what and who goes where. John Beilein can’t settle on his two best point guards, let alone a starter. Moritz Wagner, Charles Matthews and Duncan Robinson look like they will be the primary scorer, but they are still figuring out how they fit together. Add in an unconventional extended zone defense by North Florida and a few uncertain moments should have felt inevitable.

When all was said and done, the final box score still looks like what you’d expect (deviating from the KenPom score by a late three-pointer). Michigan’s offense scored 1.14 points per possession, even after a long first half drought. The Wolverines shot 52 percent on twos and 36 percent on threes for a 53% eFG%. They didn’t turn the ball over or get to the free throw line much, but that’s a standard Michigan offense even with the new pieces.

Defensively, Michigan isn’t without its warts but the numbers aren’t all bad. This game might have looked completely different if North Florida didn’t turn the ball over on a third of its offensive possessions. It certainly felt like many were unforced, but Michigan did record 12 steals and turned the turnovers into 28 points. The game also would have looked completely different if the Ospreys didn’t make 9-of-15 three-point attempts. Beilein was frustrated with Michigan’s tendency to over-help, which contributed to the majority of the open looks.

The Wolverine defense does deserve a lot of credit for tightening up in the second half and really starting the run the put the game away with some solid rebound, outlet, transition basketball. One other impressive defensive number that I’m not sure what to make of: North Florida only made 37% of its twos. Time will tell if that holds up against better foes.

With its next game just 48 hours away, Michigan won’t have much time to reflect. Central Michigan is headed to the Crisler Center and will bring an aggressive full court pressing defense that the Wolverines need to prepare for on short rest. 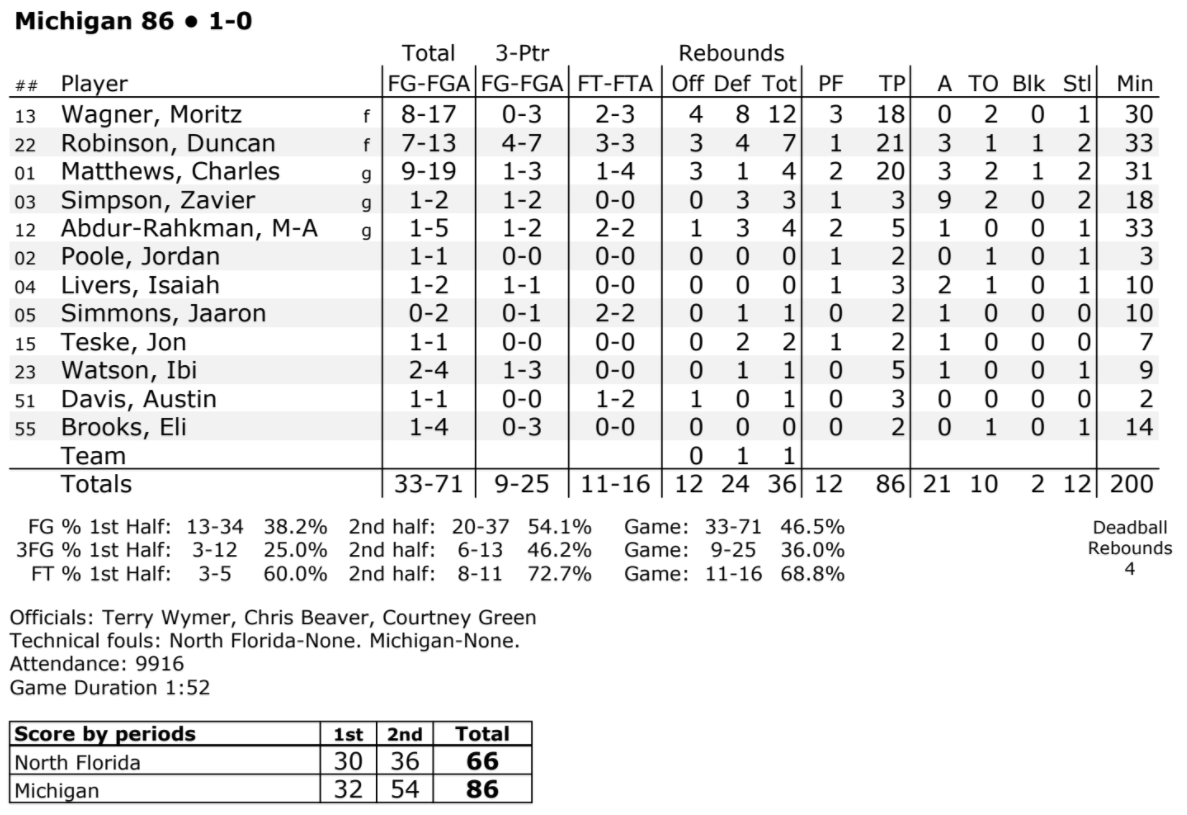