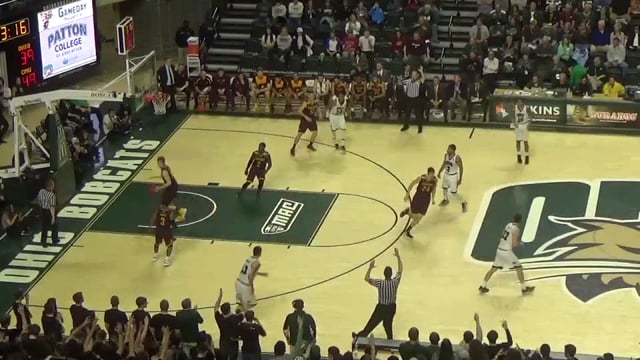 Michigan welcomes Central Michigan to the Crisler Center for an entirely different challenge than it faced in game 1.

The Chippewas were one of the most exciting teams in college basketball last season, they just didn’t win many games. They lost their final eight games of the year, but there was no shortage of points. 5-foot-9 guards Marcus Keene, the NCAA’s leading scorer, and Braylon Rayson combined to average 51.2 points per game. Central Michigan played at breakneck pace, 75.3 possessions per game (3rd nationally), but had the 7th worst per possession defense in Division I, per KenPom.

Keene and Rayson are gone this season, but head coach Keno Davis might have a more balanced team. The Chips return three starters and several rotation players, but will have to figure out how to replace the offensive firepower they lose from last year’s dynamic duo.

The Chips have finished in the top-ten nationally in both offensive turnover rate and 3PA/FGA for three seasons running and might be one of the only teams in the country that turns the ball over less and shoots more threes than Michigan. Central Michigan is a poor offensive rebounding program, finishing 250th or worse in offensive rebounding rate over the last four years and doesn’t get to the line often.

Tempo will be the most interesting thing to watch this year for Davis’ team. His team played extraordinarily fast last year, as did his old teams at Providence, but other recent seasons at Central Michigan were fairly average in tempo. Will this year’s team play at the same sort of run-and-gun pace without the dynamic two guards? An 83 possession win over Siena Heights is all we have to go off of, but signs point to yes.

The defensive numbers from last year’s team are ugly, but the hope will be that replacing the two 5-foot-9 guards could benefit the defense. The Chippewas didn’t force turnovers, didn’t clean up the defensive glass and allowed opponents to shoot 53.9 percent on two-point attempts. About the only thing that Central Michigan did better than an average Division I team was avoid fouling.

David DiLeo came off the bench last year, but is Central Michigan’s top returning scorer. He averaged 8.5 points and 5 rebounds per game and the 6-foot-7 wing is primarily a three-point threat. 38 percent from three-point range. 77 percent of his shot attempts were from deep and he connected at a 38 percent clip.

6-foot-6, 210 junior Cecil Williams declared for the NBA Draft last year to receive feedback, but is back for another year. He’s an aggressive player who excels on the offensive glass and getting to the free throw line (64 FTA per 100 FGA). He shot just 49% on twos and is accurate from three (45%) on limited attempts (29).

6-foot-10, 220  pound senior Luke Meyer is a four-year starter who is capable of stretching the floor just a bit. He was the best shot blocker in the MAC last season and is active on both backboards. He made 18-of-51 three-point attempt, but also shot 58% inside the arc.

Redshirt senior wing Josh Kozinski used to play AAU ball with Derrick Walton on the Michigan Mustangs. He’s a volume three-point threat and is a 35% three-point shooter with over 600 attempts in his career.

Central Michigan bolstered the guard spot via the transfer market. Missouri State transfer guard Shawn Roundtree started the opener at point guard and comes to CMU after a year in junior college. Graduate transfer Gavin Peppers bounced around junior colleges before ending up at Cleveland State where he didn’t see game action last year, now he has two years to play at Central. He got to the foul line 9 times in 18 minutes in the opener. While both players appear to be solid additions, they also aren’t Marcus Keene.

KenPom likes Michigan in what his numbers project as a comfortable 90-68 Michigan victory. Saturday’s opener proved that even 20 point wins can be uncomfortable for long stretches, but Monday’s game looks like it could be an uptempo shootout rather than a game where the Wolverines struggle to score.