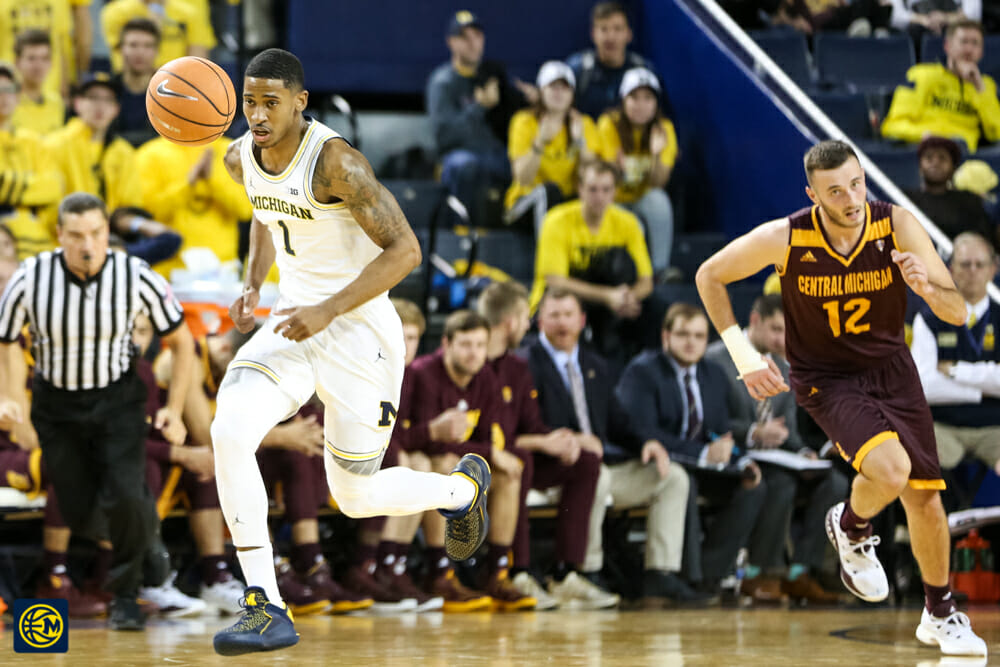 Michigan welcomes Southern Miss to the Crisler Center tonight (7:00 p.m., BTN-Plus) for its final tune up before the Maui Invitational.

Doc Saddler’s program is still battling NCAA scholarship reductions from the previous regime and only has 10 scholarship players on its 2017-18 roster. The Golden Eagles finished the last three seasons with single digit wins and should have an uphill climb if they want to avoid the bottom spots in Conference USA this season.

Southern Miss only won one non-conference game over a Division I team last year (63-55 over 351st ranked Alabama A&M) and hasn’t faced a Division I team yet this season. The Golden Eagles knocked off Southern New Orleans in their opener by a final score of 79-69.

Southern Miss was better on the defense side of the floor last season, but still has a ways to go. The Golden Eagles were a top-50 defensive rebounding, an impressive stat given their lack of size, but one that doesn’t help much against a Michigan program that is content to concede offensive rebounds.

USM doesn’t force many turnovers — finishing last year ranked 290th in defensive turnover rate — and also gives up a lot of three-point attempts. Southern Miss opponents attempted 43% of their shot attempts from three (329th) and they made 37.4% of those attempts (297th). Only 9 teams in the country up a greater percentage of their points allowed from outside the arc last season.

5-foot-10 junior guard Tyree Griffin is the name to know on the Southern Miss roster. Griffin transferred to USM after two years at Oklahoma State and should provide a needed boost in the backcourt. Early signs are that Griffin will play a significant role on this team. He had 21 points on 10 shot attempts, 13 rebounds and five assists in a season-opening win over Southern New Orleans.

Returning starters Cortez Edwards and Kevin Holland both check in a touch above 6-foot and will flank Griffin in the backcourt. Both players shot around 31 or 32% from three last season on under 75 attempts. Edwards is the more aggressive scorer and passer and has the ability to get to the basket. He should be the more difficult cover for the Wolverines.

Grand Canyon transfer Dominic Magee is another scoring threat off the bench who reached double figures in the opener. He’s expected to a slashing scorer who can get to the basket.

The Southern Miss roster has just two players above 6-foot-7 and two players listed above 220 pounds.

Tim Rowe will start at the center after missing most of last season with an injury. He made 3-of-7 threes in 6 games last year, so he could be a mild threat to stretch the floor. His backup is 6-foot-7, 248 pound big man Eddie Davis. Davis also stretches the floor (34% of his shot attempts are threes) and is a prescene on the offensive glass.

KenPom projects a 78-57 Michigan win and this looks like a match-up that should provide fewer speed bumps than Michigan’s first two contests.