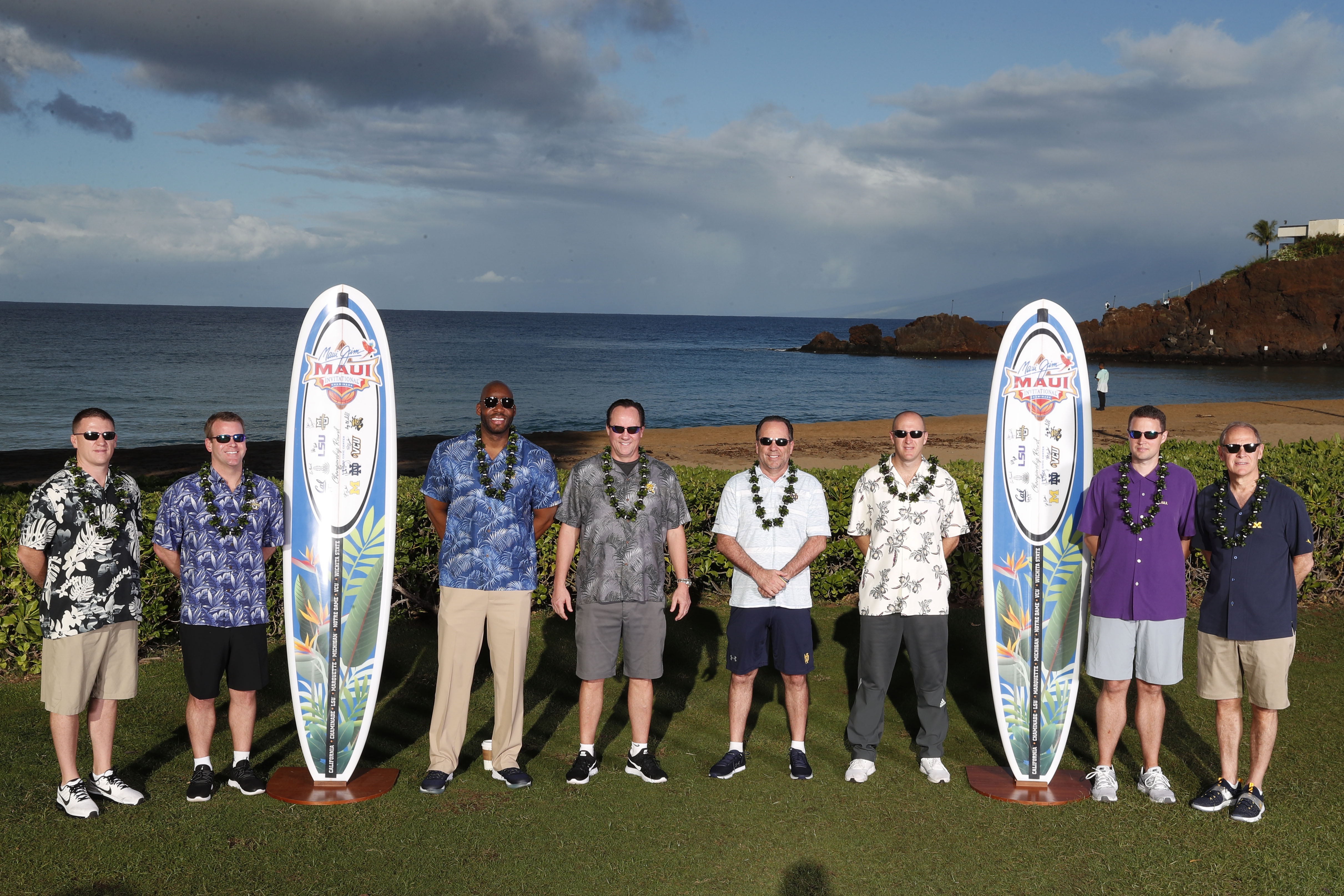 The first two games of the Will Wade era couldn’t have gone much better at LSU. The Tigers dismantled Alcorn State and Samford by a combined score of 204 to 145 and enter the Maui Invitational as the most efficient shooting team in the country.

Michigan’s first two weeks of the season haven’t been nearly as smooth, but the two teams will meet in Maui with perfect records on Monday night to close out the opening round of the Maui Invitational (11:30 p.m. eastern, ESPNU).

LSU finished just 10-21 last season and lost 19 of its final 21 games, but there is talent on the roster and Wade appears to have taken early steps toward turning things around. During a press conference in front of the Pacific Ocean on Sunday morning, the 34 year old head coach said that he’s happy with his team’s offense, but the defense has a ways to go.

Through two games, LSU’s offense appears to be much improved (they are scoring a ridiculous 1.47 points per trip through two blowouts), but there are still signs that the defensive issues haven’t been completely resolved.

LSU ranks in the top ten nationally in three of the four factors: shooting (1st), turnover rate (8th) and offensive rebounding (7th). Those stats are obviously a product of two blowout games against weak competition — and primarily against zone defense — but the Tigers aren’t the only team in the country to have played a pair of buy games and few have been as effective.

Defensively, there are still issues for LSU. Samford scored 1.23 points per possession and made 15 threes against the Tigers on Thursday. LSU struggled to defend the three-pointer last season and this year’s group has already shown some of the similar signs.

Freshman guard Tremont Waters has made an immediate impact in Baton Rouge. Waters is a top-50 recruit and he’s averaging 16 points and 7 assists (to 1 turnover) per game early on. He has an elite handle and can make shots all over the floor, even drawing a comparison to a freshman Trey Burke from John Beilein. He has already shown his feel in the pick and roll game and he’ll clearly test the Michigan defense.

LSU isn’t a big three-point shooting team — just 33.9% of its shot attempts are threes — but there are a couple of three-point threats to track.

6-foot-5 junior Brandon Sampson attempted 45% of his shot attempts from three-point range last season and made 34%. This year, he’s off to an efficient start and had 20 points and 7 assists against Samford. The 6-foot-5 guard was never an offensive rebounding threat in the past, but he’s grabbed 7 in two games..

Junior college transfer Daryl Edwards was brought in to shoot the three and he’s made 4-of-8 attempts while only attempting one two-pointer.

LSU doesn’t look to throw the ball into the post often, but when they do it is to 6-foot-11, 244 pound senior Duop Reath. The Australian big man draws 7.3 fouls per 40 minutes and has made 57% of his twos.

Reath starts at the five and his backup is 6-foot-7 senior Jeremy Combs. Combs, a graduate transfer from North Texas, has been an active defender, rebounder and finisher around the basket.

6-foot-6 sophomore Wayde Sims and four-star freshman Brandon Rachal length and athleticism on the wing. They’ve both been active on the glass, effective finishing around the basket and Sims has knocked in two threes early on.

This is a game that looked a lot nicer on paper a few months before the season. The Tigers were a bad team last year and had a new head coach, meaning that a matchup with Notre Dame appeared to be all but assured. After two weeks of the season, things don’t appear to be quite as black and white. Ken Pomeory’s numbers still like Michigan, 75-70, and give the Wolverines a 67% chance at victory.