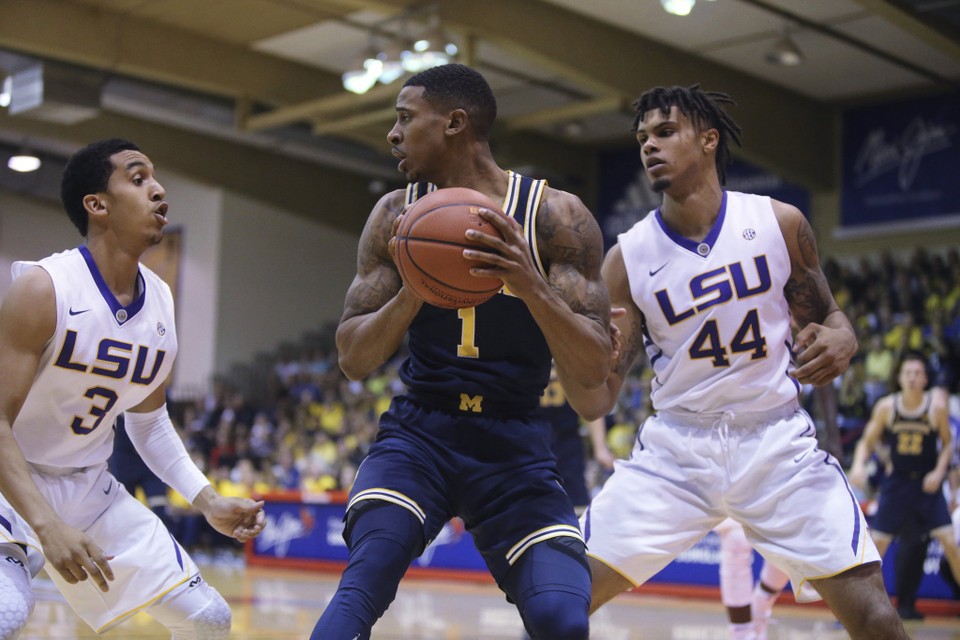 Michigan will face Chaminade in the consolation bracket of the Maui Invitational today at 8 p.m. eastern.

The Silverswords dropped their tournament opener to Notre Dame, 83-56, and tonight’s result against a Division II foe won’t affect Michigan’s RPI. The Wolverines’ mission in Maui is now to save face and handle business against Chaminade before facing either VCU (currently leading by 20 points in the second half against Cal) in the 5th place game.

Chaminade was led by 6-foot-10, 240 pound big man Erik Scheive against the Irish as he finished with 17 points and five rebounds in the loss. Las Vegas has the Wolverines pegged as a 22-point favorite against the Division II tournament host.

We’ll skip the traditional game preview, but all eyes will be on the point guard situation in this one. Zavier Simpson (10 mins) and Jaaron Simmons (15 mins) both failed to score against LSU. Eli Brooks played 17 minutes and the majority of the second half and sparked the offense, but then made some costly mistakes late. Winning two games on Maui is important, but figuring out who the point guard is moving forward might be the No. 1 goal before returning to the mainland.