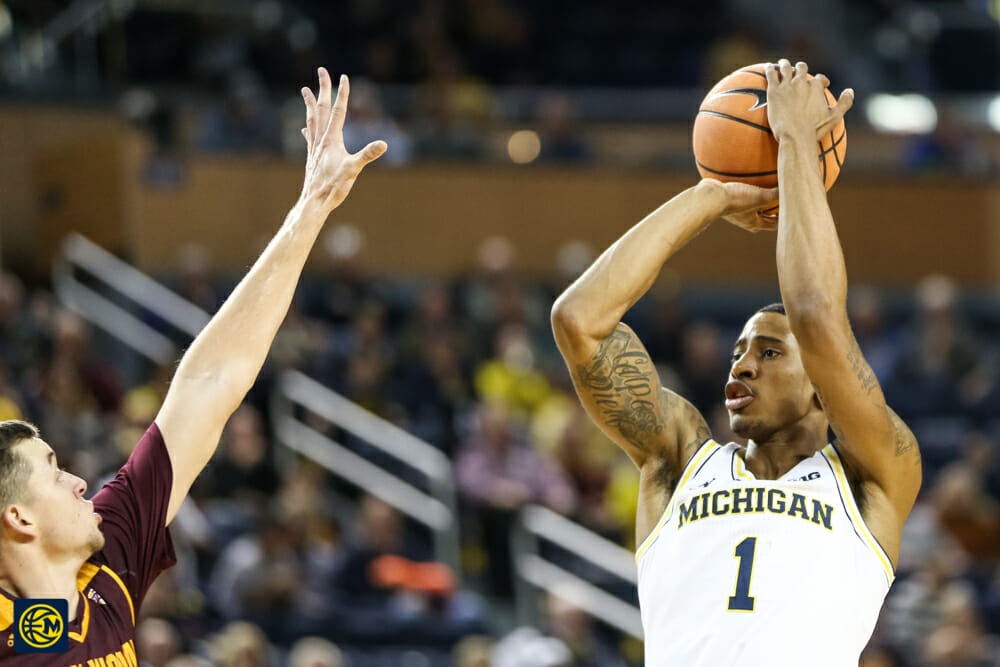 Michigan played a nearly flawless game as it blew out Chaminade, 102-64, in the consolation round of the Maui Invitational on Tuesday night.

Michigan played a nearly flawless game as it blew out Chaminade, 102-64, in the consolation round of the Maui Invitational on Tuesday night.

John Beilein joked after the win that he had hoped to never face Chaminade in his career. The tournament game against a Division II opponent is a loss before it even tips off because there’s no credit to the RPI and the Wolverines technically lose an official game on the schedule.

But all that Michigan could do on Tuesday was win the game and execute after spending the morning watching film of last night’s loss to LSU. There was no let down, only crisp offense and hot shooting.

Michigan introduced a new starting point guard on Tuesday night, freshman guard Eli Brooks, but the real story was its developing star on the wing. Charles Matthews picked up where he left off on Monday night and finished with 22 points, 10 rebounds and 4 assists, three blocks and two steals. He did it all on perfect 8-of-8 shooting from the floor. 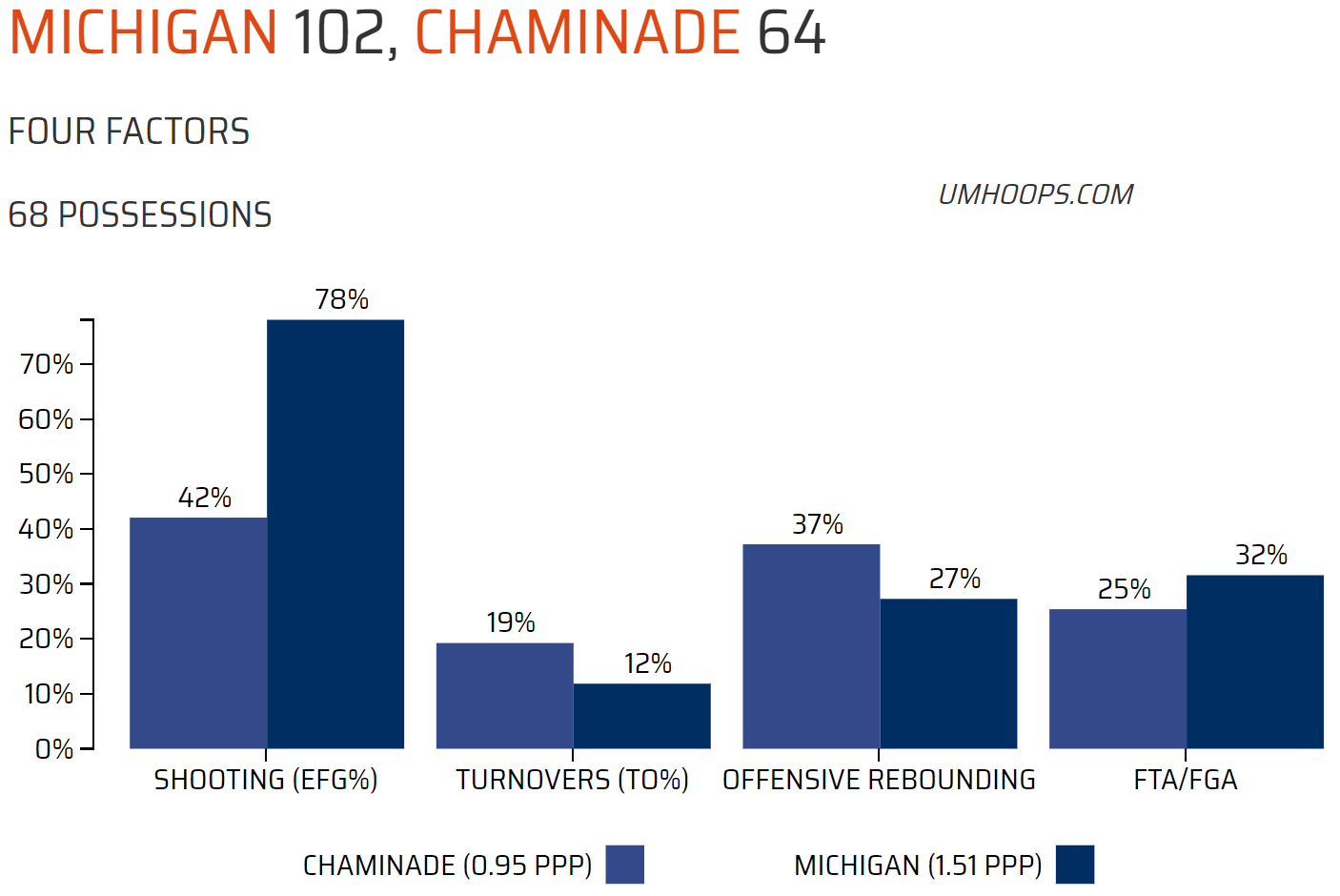 Offensively, everything looks better when the threes are falling. Michigan made 15-of-28 threes and most were wide open. Seven different players hit at least one triple in the win and the Wolverines got basically whatever they wanted on offense, finishing with 1.51 points per possession.

Defensively, everything was up to par except for defensive rebounding. Chaminade rebounded 37 percent of its missed shots less than 24 hours after the Wolverines allowed LSU to rebound 39 percent of its misses. On Wednesday, they’ll face another aggressive offensive rebounding team in VCU. Defensive rebounding was a concern heading into the season, but Michigan isn’t just getting overpowered for boards it just isn’t securing them all. One-handed or deflected rebounds have been commonplace and that remains something that needs to be cleaned up.

There’s nothing to overreact to in a blowout win over a Chaminade team that just didn’t have the horses, but there’s something to be said for Michigan’s focus. The Wolverines will need to carry that over against a much better VCU team on Wednesday to right the ship and leave Maui in a good spot.