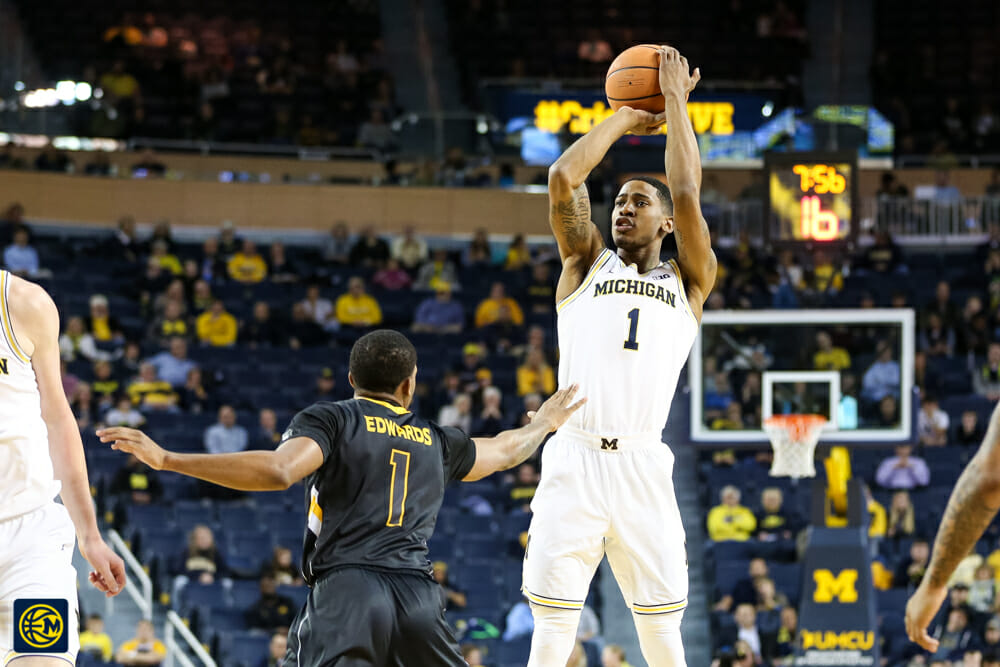 Michigan hosts UC Riverside on Sunday afternoon (4:00 p.m., FS1) in a quintessential trap game sandwiched between the Maui Invitational and a trip to North Carolina.

Michigan hosts UC Riverside on Sunday afternoon (4:00 p.m., FS1) in a quintessential trap game sandwiched between the Maui Invitational and a trip to North Carolina.

The Highlanders opened the season with an upset win at Cal — a win that has lost some of its luster after Chaminade bludgeoned the Golden Bears — but lost their other two games against Division I opponents (Loyola Marymount and Portland State) this season.

Dennis Cutts is in his fifth season in charge at UC Riverside and hasn’t finished better than 6th in the Big West. Throughout his tenure, turnovers and poor perimeter shooting have plagued the program.

UC Riverside finished last year ranked 339th nationally in adjusted offensive efficiency. The Highlanders have failed to top a point per possession this season and are ranked 319th nationally in adjusted offensive efficiency, per KenPom. UC Riverside plays fast (73.1 possessions per game, 59th), but turns the ball over on 23.5% of its offensive possessions (315th). The Highlanders are a poor perimeter shooting team — 25.5% on threes — and only 26.6% of their shot attempts are from long distance. Only six teams in the country have scored a smaller percentage of their points from three-point range this season.

Defensively, teams have punished the Highlanders on the glass and at the free throw line. UC Riverside opponents rebound 36.6% of their misses (310th) and attempt 47.4 free throws per 100 field goal attempts (305th). The Highlanders have actually done a good job of protecting the rim (44.4% 2-point shooting allowed, 62nd), but they don’t force many turnovers. UC Riverside’s pick and roll defense has been effective early, 93rd percentile per Synergy, but hasn’t been tested by many high-major foes.

6-foot-1 sophomore Dikymbe Martin plays almost every minute available at the point guard position. Martin has as many turnovers (16) as assists (16) through four games and is shooting just 39% on twos and 29% on threes. He made 38% of his three-pointers a season ago and he’s been more aggressive getting to the free throw line early on this season.

Chance Murray began his career at Arizona State, but the 6-foot-3 guard hasn’t quite found his way after transferring. He’s shooting 36% on twos and has missed all 12 three-point attempts this season. Murray is an aggressive driver who can get to the line, but struggles with turnovers like his backcourt mate.

6-foot-10 senior Alex Larsson anchors the five position. At 260 pounds, he’ll score with his back to the basket and is aggressive on the offensive glass. He isn’t a threat to stretch the floor (0 3PA), but is efficient around the hoop.

KenPom likes Michigan in a 78-59 victory, giving the Highlanders just a 4% chance at the road upset. This is a potential trap game, but the Wolverines should have enough offensive weapons to cruise to victory.