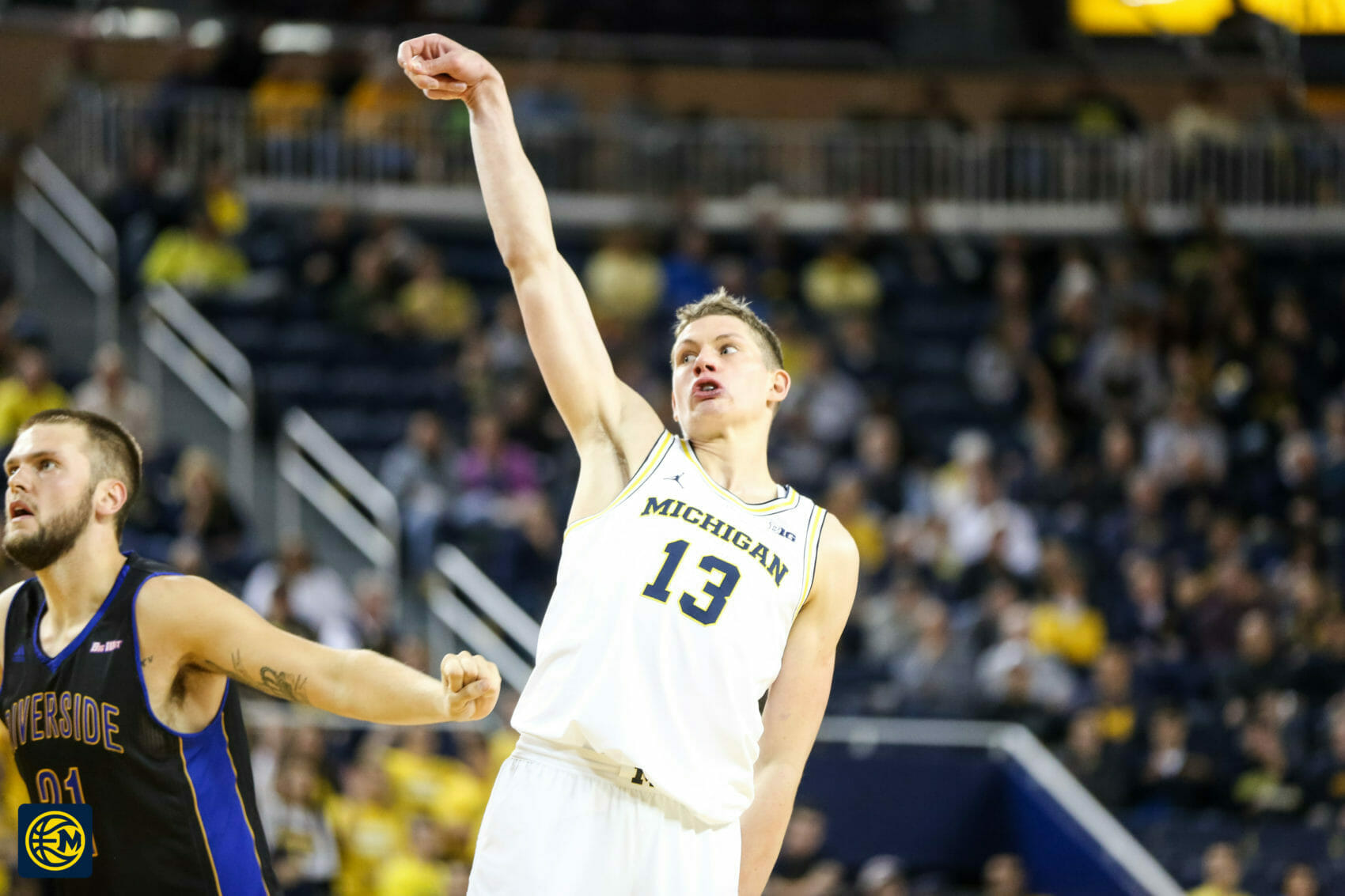 There were no signs of jet lag or looking ahead to Wednesday’s game at North Carolina as Michigan dismantled UC Riverside on Sunday afternoon.

The Wolverines jumped out to an early 17-7 lead in the first six minutes and played their most complete performance of the season in a routine 87-42 victory.

Michigan’s go-to scorers led the way as Charles Matthews finished with 17 points and a career-high 12 assists while Moritz Wagner had 21 points 9 shots, making every shot he attempted from the field in the second half. They were joined by Duncan Robinson (13 points) and Jordan Poole (11) in double-figures while five other Wolverines found their way to the score sheet. 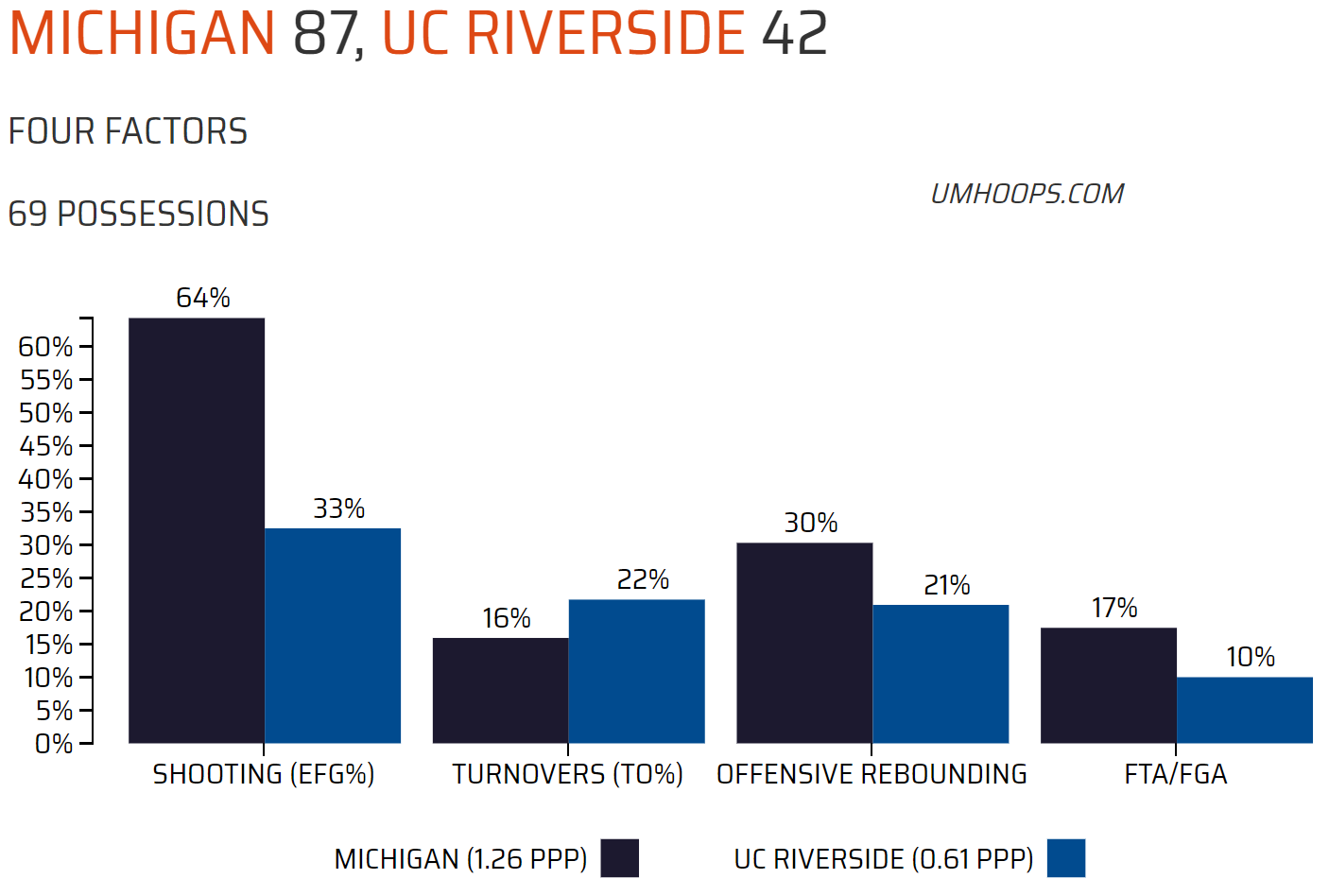 Giving Michigan opportunities to score in transition isn’t a winning recipe. The Wolverines got a few easy baskets early on thanks to UC Riverside turnovers — 9 fast break points, 21 points off of turnovers –and then never looked back. Michigan scored 1.26 points per possession in the routine victory despite emptying their bench with over 3 minutes to play.

Michigan recorded 24 assists on 34 made baskets and the offense flowed as well as it has all season. Of course, everything looks better when the three-point shot is falling and the Wolverines made 13-of-28 long range attempts on the night. UC Riverside’s decision to hedge every ball screen opened up quite a bit for the Michigan offense. It provided Moritz Wagner with the time to make plays off of the pop and everything else flowed into place from there.

The scouting report on UC Riverside was that the Highlanders couldn’t make threes and struggled to hold onto the ball. They made just 3-of-14 threes and gave the ball away 15 times in 69 possessions and only managed to score 42 points. Michigan’s defense was sharp and deserves credit for recording 10 steals, but this performance came against a UC Riverside team that just didn’t have the ability offensively.

This wasn’t a match up that was ever going to teach Michigan much about itself, but handling business in a guarantee game at a tough time is a good sign. The Wolverines were struggling through these games earlier in November and looked like a well-oiled machine today. The test that awaits in Chapel Hill will be significantly more difficult. The Tar Heels have been playing great basketball and have reloaded despite turning over much of the roster. 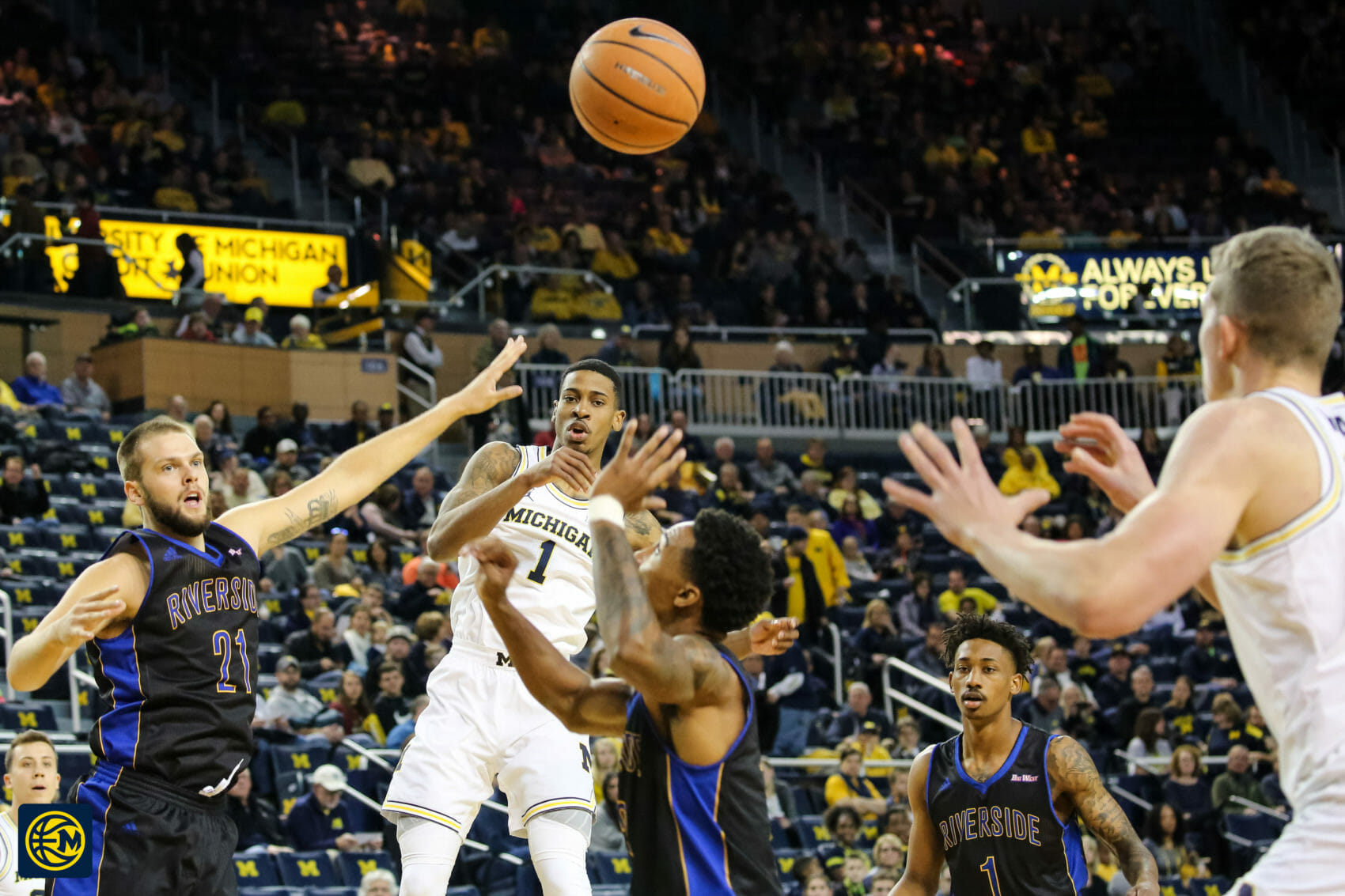 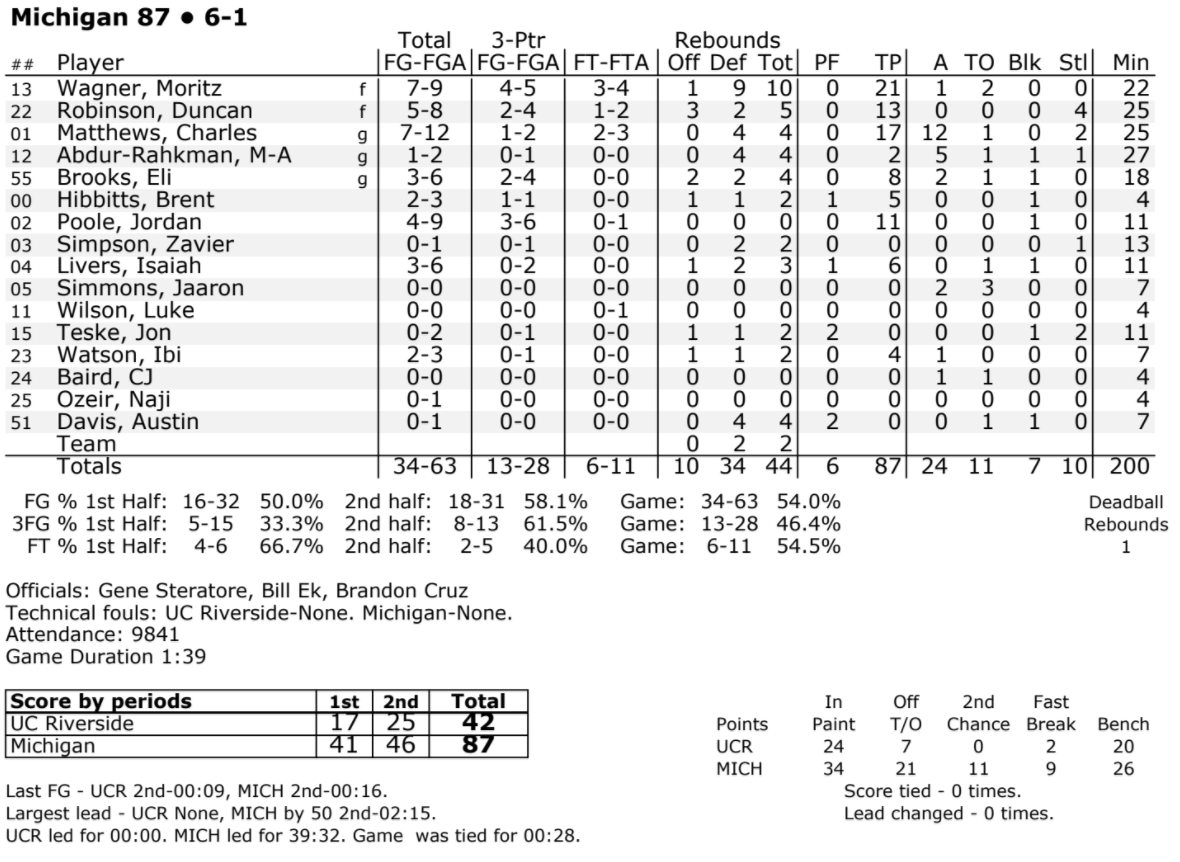