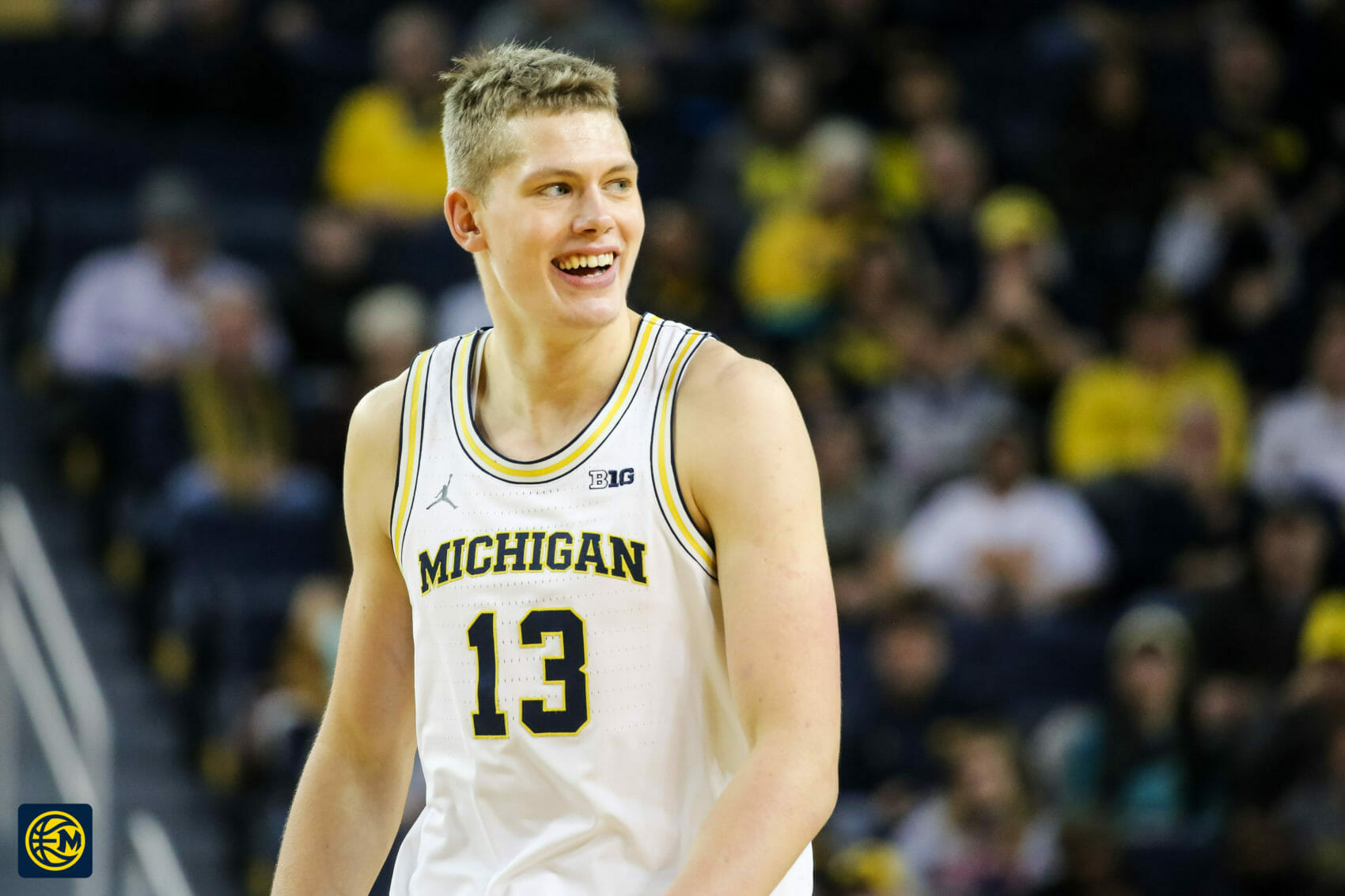 Michigan and North Carolina face off at the Dean Dome tonight (7:30 p.m., ESPN) for the first time since they met in the 1993 National Championship.

Michigan and North Carolina face off at the Dean Dome tonight (7:30 p.m., ESPN) for the first time since they met in the 1993 National Championship.

While Michigan was one of the more intriguing stories last March, North Carolina was the story and eventual champs. Like Michigan, the Tar Heels lost a lot of production to graduation and the NBA Draft and are rebuilding around a couple of key pieces with inexperienced players filling in the gaps.

North Carolina returns just 40% of its minutes from last year’s championship game and has been led by Luke Maye, an under recruited junior forward who committed without knowing if there was a scholarship waiting for him in Chapel Hill.

There’s still talent on the Tar Heel roster, but they managed just .62 points per possession against Michigan State in the PK80 Championship and shot just 32.6% on twos and 6% on threes. They also dominated Arkansas (neutral) and Stanford (road) this year and haven’t lost a home game to a team other than Duke since February 24th, 2015.

North Carolina might not have as many NBA athletes as in year’s past, but they still play just as fast. The Heels are ranked 20th in adjusted pace and average just 14.1 seconds per offensive possession (9th).

Just 3 of the last 15 North Carolina defenses have finished worse than 25th in adjusted defensive efficiency and none worse than 47th. On a yearly basis, the Tar Heels have enough athletes and talent to forge an above average defensive group. This is the kind of program that can get blown out by Michigan State and still hold the Spartans well below a point per possession.

Carolina’s defense ranks 29th nationally in defensive rebounding percentage and free throw rate allowed. They also do a great job of defending the paint, allowing just 41.7% two-point shooting and blocking 12.4% of opposing two-pointers. The three-point line hasn’t been as kind. UNC opponents have attempted 41.7% of their shots from three (284th) and have made 40.4% of those attempts (307th).

6-foot senior guard Joel Berry missed time this fall with a broken hand (suffered after losing playing a video game) but has played the last five games. He’s a career 38% three-point shooter and is a threat from deep, but he’s struggled to finish early on this year. He’s made just 4-of-16 two-pointers over the last two games and is shooting 31% from inside the arc.

Despite the fact that he was a very good pick and roll player a season ago, he’s failed to score on 16 used ball screen possessions this year. That’s a stat that is inevitably going to regress toward the mean, but a sign that he’s still struggling a bit to find his comfort zone early on with new personnel.

6-foot-8 junior Luke Maye played only 31% of available minutes last year, but hit the game-winning shot against Kentucky in the Sweet 16. Now he’s the focal point of the UNC offense and averaging 19 points and 10 rebounds per game. Maye is shooting 55% on twos and 45% (9-of-20) on threes. He’s also an impactful rebounder on both ends of the floor and an above-average shot blocker. Maye’s efficiency numbers posting up are just average — 18 points on 27 possessions, 22nd percentile — but I’d expect the Tar Heels to at least test Moritz Wagner down low. Wagner has also lost track of stretch big men a few times this year including at critical moments against LSU.

Two freshmen provide the rest of North Carolina’s size: 6-foot-11, 240 pound Sterling Manley and 6-foot-9, 215 pound Garrison Brooks. Manley is the more skilled of the two on the low block, but Brooks has been very active finishing cuts to the basket. Both players have provided an early presence of the offensive glass and can block shots for the Tar Heels.

6-foot-6 senior Theo Pinson has been a glue guy for the Tar Heels over the last four years. He’s likely to play significant time as a small ball four in order for North Carolina to match up with Michigan. His perimeter shot is a weakness — he’s made 24.8% of his career three-point attempts — but he’s a slasher (46.1% FTA/FGA) and a finisher (64% on twos) who can defend and pass.

Theo Pinson's YTD stat splits as a SF vs. PF:

6-foot-4 guard Kenny Williams is a former Michigan recruiting target and he’s on the court to space the floor. Just under 50% of his shot attempts are threes and he’s made 56% of his triples. While Williams isn’t going to do much other than shoot off of screens, kick outs or hand offs in the half court, he’s very aggressive in transition. He leaks out and runs the floor ahead of the play, leaving rebounding responsibilities for the bigs, and is comfortable attacking the rim in unsettled situations.

6-foot-3 freshman Jalek Felton is the point guard in waiting behind Berry. He started the game Berry missed, but has seen his minutes dwindle recently. He’s been turnover prone and is just 2-of-10 from three-point range in limited action. Sophomore guard Seventh Woods might have some of the best YouTube highlights ever, but he’s struggling to adapt to college hoops. Woods is shooting 31% on twos and 18% on threes for his career.

Another freshman, 6-foot-3 guard Andrew Platek, provides some additional shooting off the bench while sophomore Brandon Robinson provides additional defense at the wing.

KenPom likes North Carolina by a final score of 76-68, giving the Wolverines a 23% shot at the upset. Las Vegas pegs the Tar Heels as a 10.5 point favorite. Michigan has won its first true road game just 3 times under John Beilein and never against an opponent of North Carolina’s caliber.

While Michigan State’s thorough domination of the Tar Heels demonstrated some of their weaknesses, the ways that Michigan State and Michigan most effectively break down teams are very different. North Carolina isn’t going to shoot 32.6% on twos against Michigan, but the Wolverines have a chance to hang around if the threes are falling early.