Michigan had no defensive answer for Luke Maye, who finished with 27 points on 16 shots, or for North Carolina’s length and rebounding ability inside.

Senior wing Duncan Robinson missed a fastbreak layup that would have tied the game at 34 with just over 6 minutes to play. Instead, the Tar Heels saved the rebound from going out of bounds with a behind-the-back pass and took it the other way for a layup. That was the start of a 34-7 run that decided the game.

Michigan’s benched managed to reduce the final margin to a more acceptable range, but the Wolverines trailed by as many as 29 points and their two senior captains spent the last quarter of the game watching on the bench. 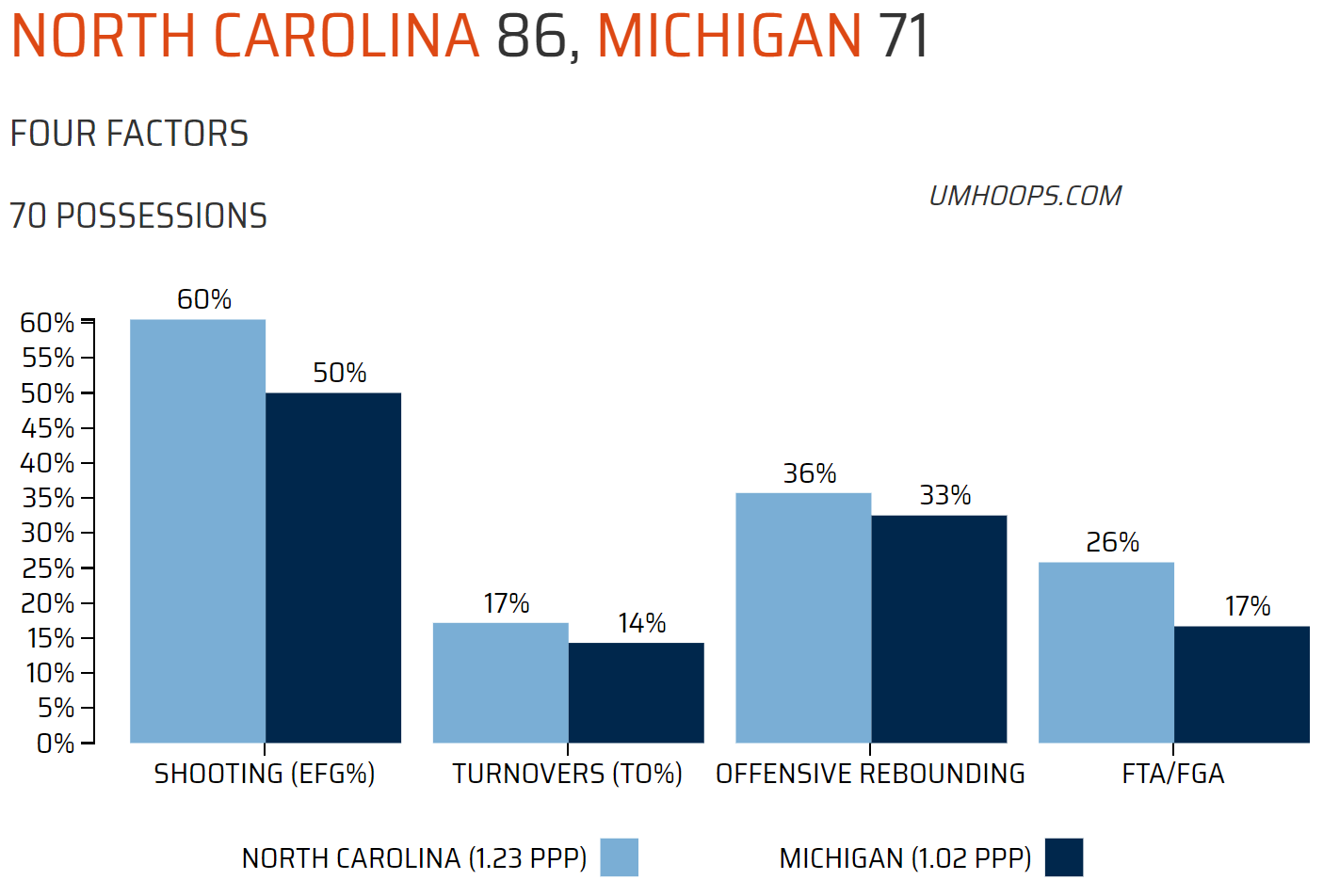 Defensively, Michigan had no one who could contain Luke Maye, no one who could contain the dribble drive, and consistently failed to box out the Tar Heels. That’s not a winning recipe. North Carolina only rebounded 36% of its misses on the night, but that number was over 50% midway through the second half when the game was put to bed. The Tar Heels hit a few threes early, but the story was how they exposed mismatches in the post.

The official game tracker shows that North Carolina made 13-of-15 dunks or layups and 24 of their 34 makes were assisted. The Tar Heels consistently broke down the Wolverine defense, drew help and finished easy bunnies around the rim.

Offensively, Michigan had a great first punch but it never had a counter. When the two-man game between Charles Matthews and Moritz Wagner is clicking they can be fun to watch, but this was one of the first times that Matthews had been fully scouted and had to deal with a ball screen adjustment. That will come in time, but after the game Beilein noted that his biggest fear was that the Wolverines don’t have a guy to slow things down and make a play after two or three negative plays. That was evident tonight as Matthews made several wild plays when they needed more.

If the players around Matthews and Wagner aren’t hitting threes, their effectiveness is limited. The threes were falling early, but they dried up midway through the game. Michigan made 7 of its first 12 threes and then missed 16 in a row. By the time it made another, there were only 6 minutes left in the game. Many of those shots were open, but they didn’t fall and those are shots that have to go against a UNC team that surrenders open threes.

This is a game that put a magnifying glass squarely over some of Michigan’s most vulnerable weaknesses, but North Carolina is more equipped to expose them than many other teams on the schedule. That doesn’t erase the fact that John Beilein still doesn’t have a rotation in a game of this magnitude. 11 Wolverines played in the first half and Beilein remarked afterward that he’ll keep playing that many guys until he knows which ones he can trust to make plays.

Michigan is still a work in progress, but the two games coming up over the next week will prove just how much work has to be done. Indiana and Ohio State have a lot of work to do as well and those two early toss-up Big Ten games could shape Michigan’s season to come. 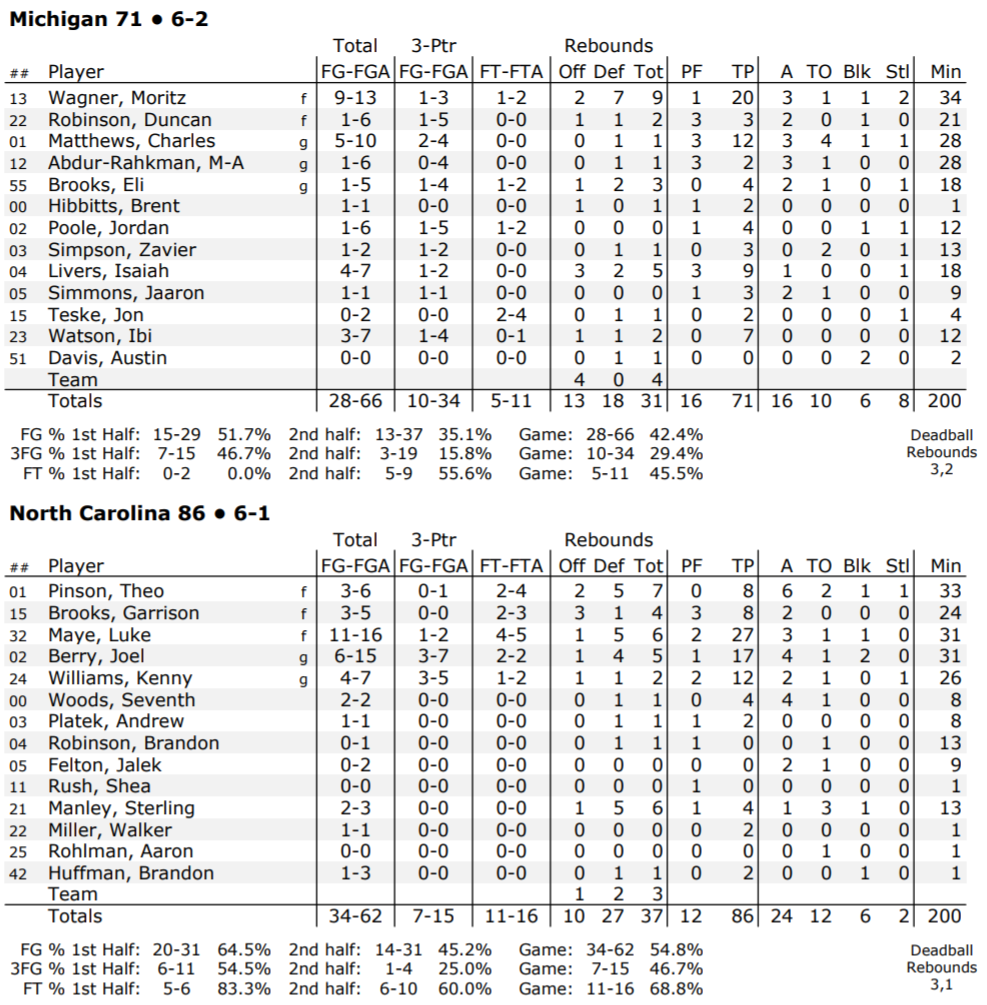