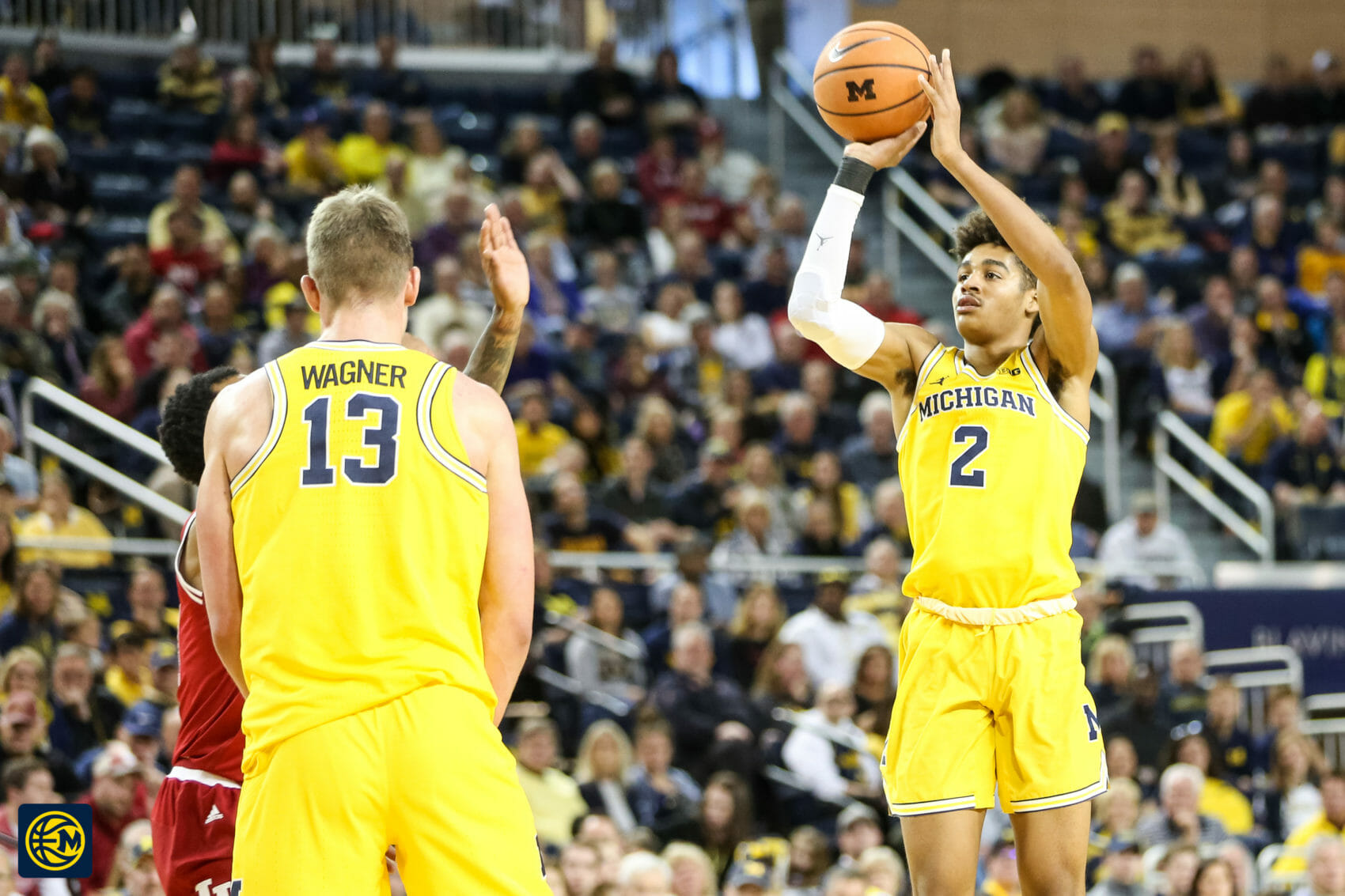 As Michigan heads down its non-conference home stretch before the New Year, John Beilein may be break out a new lineup combination: Charles Matthews playing alongside Jordan Poole on the wing.

The latter two have played just 17 offensive possessions together all year, per HoopLens. That’s too small a sample to draw any kind of conclusion, but it’s easy to see the attractiveness of putting Poole alongside Matthews, especially on the offensive end.

Playing the two together would, if nothing else, give Matthews more space. Matthews is just 8-for-28 from beyond the arc this year and he’s been reluctant to fire from deep. Poole, on the other hand, will take every shot the defense gives him and — at least so far — he’s hitting them, with a 41 percent mark from 3.

Outside of Wagner, who can play with virtually any group, those two are the Wolverines’ best scoring options right now. Playing them together makes sense, but there are two obstacles.

The first is defense. Matthews hasn’t been disastrous on that end of the floor, but he’s still learning to play consistent minutes on the defensive end and stay in a stance. Putting him next to Poole on the wing could prove problematic for Michigan defensively and force Matthews to play a more difficult role defending opposing fours.

“Charles still can be a good defender,” Beilein said. “As games change and our defensive philosophy will change from game to game, Charles (has) gotta get up to that speed too.”

The second obstacle: Poole just spent the last handful of months learning Beilein’s system as a small forward. Though he’s officially listed as a shooting guard, he’s played the majority of his minutes backing up Matthews at the three. He’s rarely played without one of Michigan’s three point guards and Muhammad-Ali Abdur-Rahkman handling the backcourt duties.

In the Indiana game, Poole played in just one lineup that didn’t feature Abdur-Rahkman and a point guard. That lineup was on the floor for barely three minutes before Beilein made a change. At Ohio State, Ibi Watson was the first player off of the bench when the Wolverines needed to make a substitution for Abdur-Rahkman at the two.

If Poole is going to maximize his playing time, he’ll need to learn to play multiple positions and be able to spell Matthews, Robinson or Abdur-Rahkman.

“Any other system, it’d be easy just to play the ‘2’ and the ‘3’ but obviously ours is so complex,” Poole said. “So I’m gonna have to practice a little to be able to run the ‘2’ and I’ve been doing that.

Once Poole is comfortable at shooting guard, however, the offensive possibilities are intriguing. Michigan is shooting just 32.5 percent from three-point range this season and Poole is more than capable of providing perimeter shooting off the bench.

Beilein may not want to take the chance of throwing the pair to the sharks for heavy stretches against UCLA or Texas, two games that are critical to Michigan’s non-conference resume, but games against Detroit, Alabama A&M, and Jacksonville will likely provide him the opportunity to do that against lesser competition.

The offensive ceiling of that duo could be as high as any other wing pairing, especially with Duncan Robinson still struggling. If they can hit it, or even come close, it would be a significant step forward for Michigan as it heads into Big Ten play.