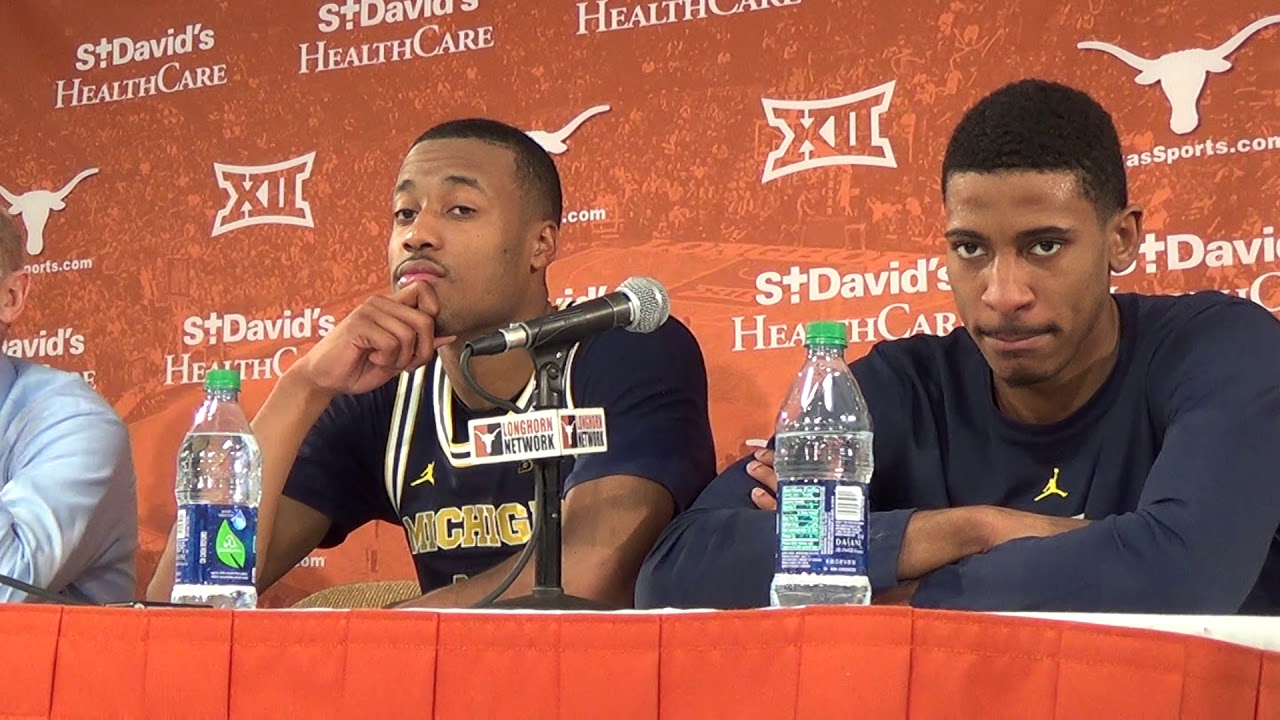 Michigan shook off a slow start to pick up a critical road win at Texas.

What a difference a week makes. Michigan has grown up over a grueling month of early season basketball and proved it over the last two games.

The Wolverines didn’t score before the first media timeout in Austin, but they also got three stops of their own. Eventually the offense started clicking and they jumped out to a lead.

Every bump along the way — situations where the Wolverines have faltered at one point or another this season — Michigan had an answer. The Wolverines didn’t let Texas back in the game late in the first half, instead they closed the half on an 8-2 run to extend their lead to 12.

They didn’t fold when Texas trimmed that 12-point lead to just 3 points midway through the second. Instead Charles Matthews and Moritz Wagner combined to hit three consecutive 3-pointers for a response.

When Moritz Wagner went down with an ankle sprain with just over 7 minutes to play, Texas rattled off another run and cut the lead to six. This time, Muhammad-Ali Abdur-Rahkman answered the challenge with a floater in the lane to ice the game in the final minute. 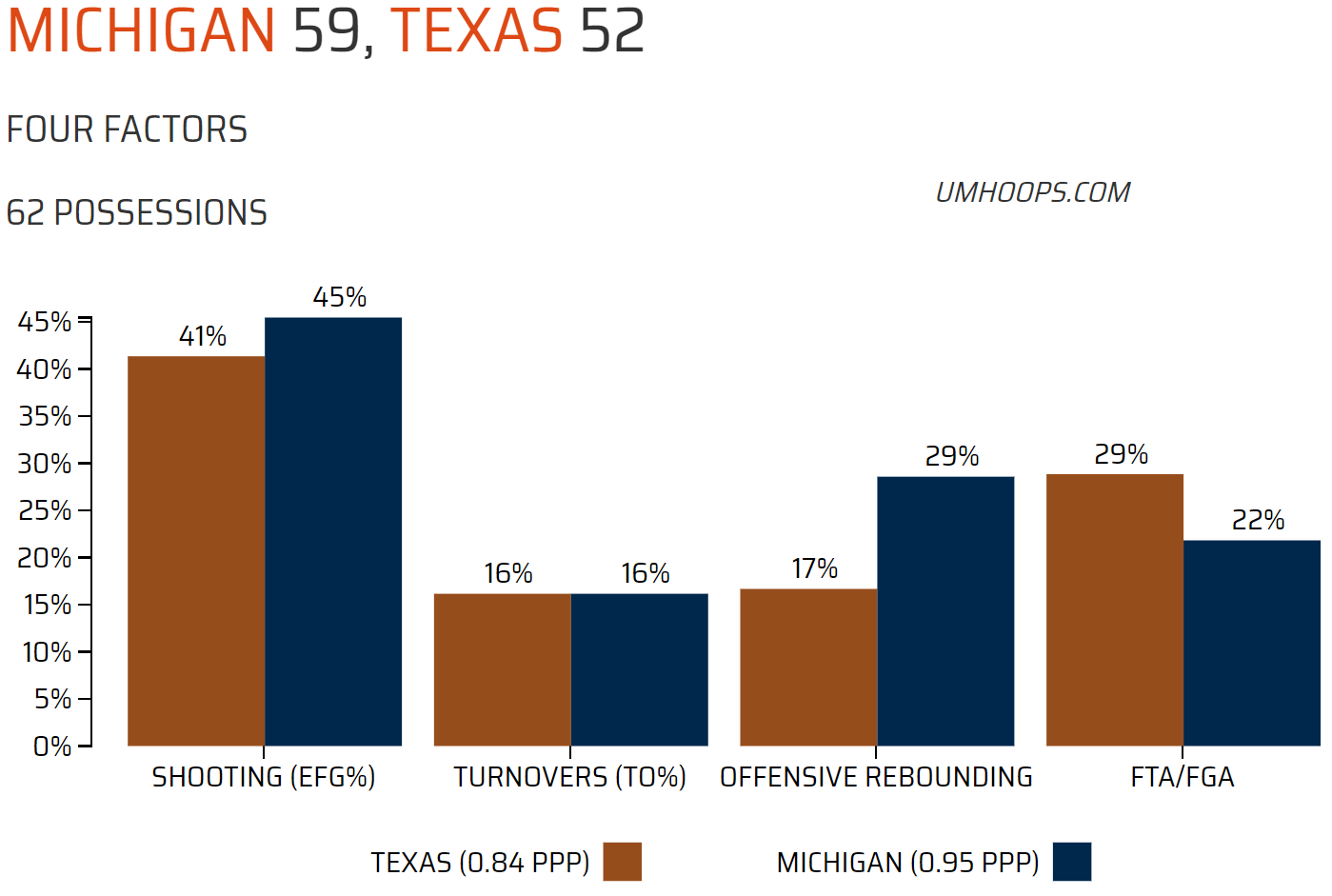 It is easier to answer those runs or adversity when you are getting stops consistently and that is something that Michigan did for 40 minutes tonight. Texas was playing without its only legitimate perimeter shooting threat and it showed. The Wolverines sagged off the Longhorn guards — only guarding Dylan Osetkowski as a shooting threat — and Texas responded by making just 5-of-20 3-pointers.

The Wolverines also held Texas to just 44% shooting inside the arc and made the Longhorn bigs work for every point. Osetkowski and Mo Bamba combined to score 27 points, but they needed 21 shots and 4 turnovers to get there. Overall, it was the worst offensive game that the Longhorns have played this season at .84 points per possession.

Michigan consistently cleaned up the mess as well, rebounding 83% of Texas’ missed shots and allowing just 8 second chance points. Texas wasn’t a great rebounding team, but had significant advantages in size and strength at the four and five spots and Michigan held its own. Nine different Michigan players grabbed at least one rebound and the guards led the way with Abdur-Rahkman grabbing 10 boards and Matthews grabbing 8.

Michigan played a 2-3 zone on probably a dozen defensive possessions and I thought it worked well. This group is more aggressive forcing turnovers and the Longhorns never really looked comfortable against the 2-3. I’d expect to see Beilein continue to roll that look out given some of this team’s other defensive weakness.

Offensively, Michigan wasn’t consistent but was good when it needed to be. The Wolverines scored just 8 points in the first 10 minutes of the game, then scored 24 in the final 14 possessions of the first half — that’s 1.71 points per possession over a ten minute period. That was enough to pull away and hold on with defense despite scoring just 35 points in the other 30 minutes (or 48 possessions) of the game. Michigan shot  44% on twos and 32% on threes and only 9 of 22 baskets were assisted, but it manufactured just enough offense to win.

As things stand today, Michigan’s adjusted defensive efficiency is actually ranked higher at 33rd than its offensive efficiency at 45th. That hasn’t happened under Beilein since 2011 and the Wolverines have actually recorded wins in their two worst offensive performances of the season (Texas, UCLA).

Texas is shorthanded, and the loss of Andrew Jones is really going to hamper this already limited offensive team, but Michigan went on the road and won a game as a 6-point underdog. The win was also enough to leapfrog Michigan to 36th in KenPom’s rankings — No. 3 in the Big Ten — and rescue the non-conference resume

The last 65 minutes of basketball that this team has played has been the best we’ve seen all season and clear sign of progress across the board. The Wolverines are learning how to win and how to respond and look like a different team than the one that collapsed against LSU in Maui or self-destructed in Columbus. Now they’ll fly back to Ann Arbor overnight and start to prep for a game against Detroit at Little Caesar’s Arena on Saturday afternoon. 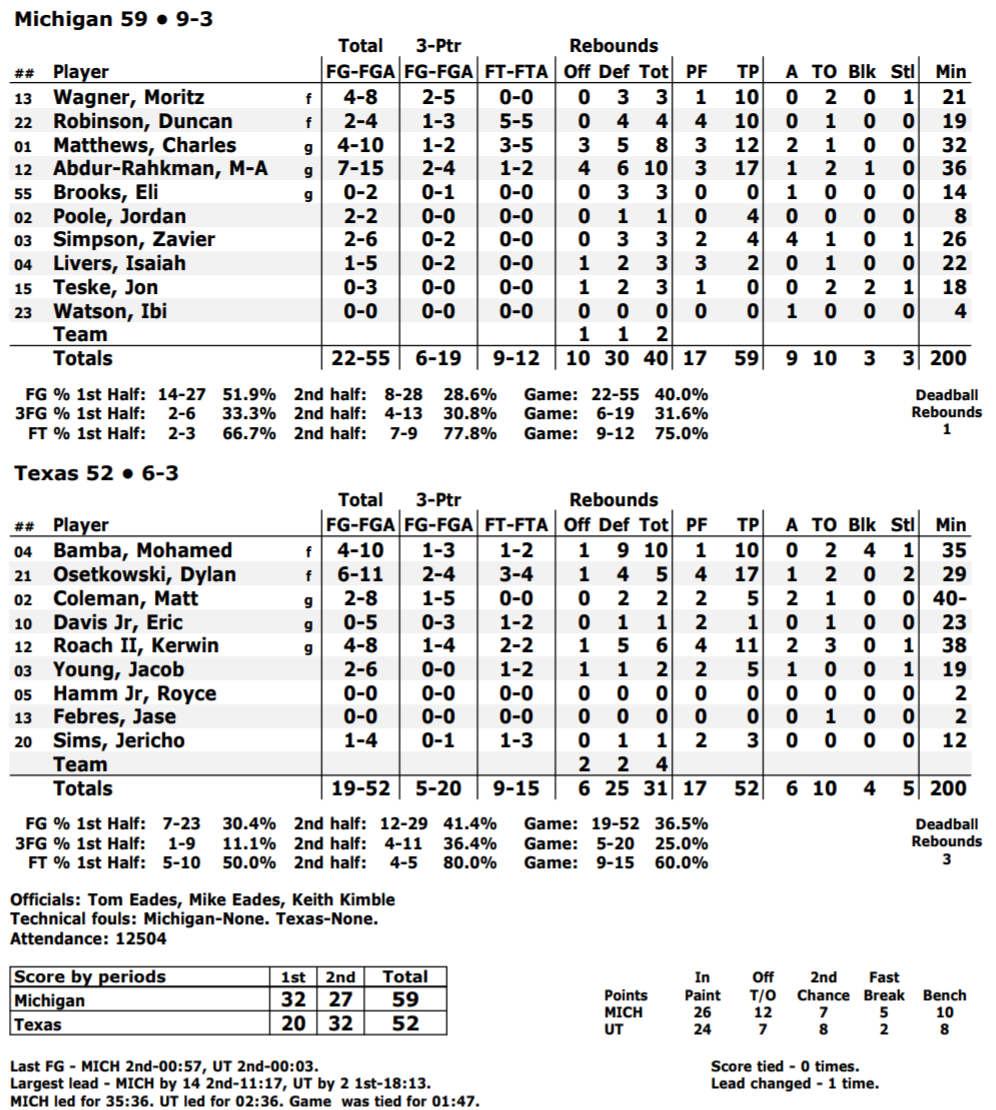