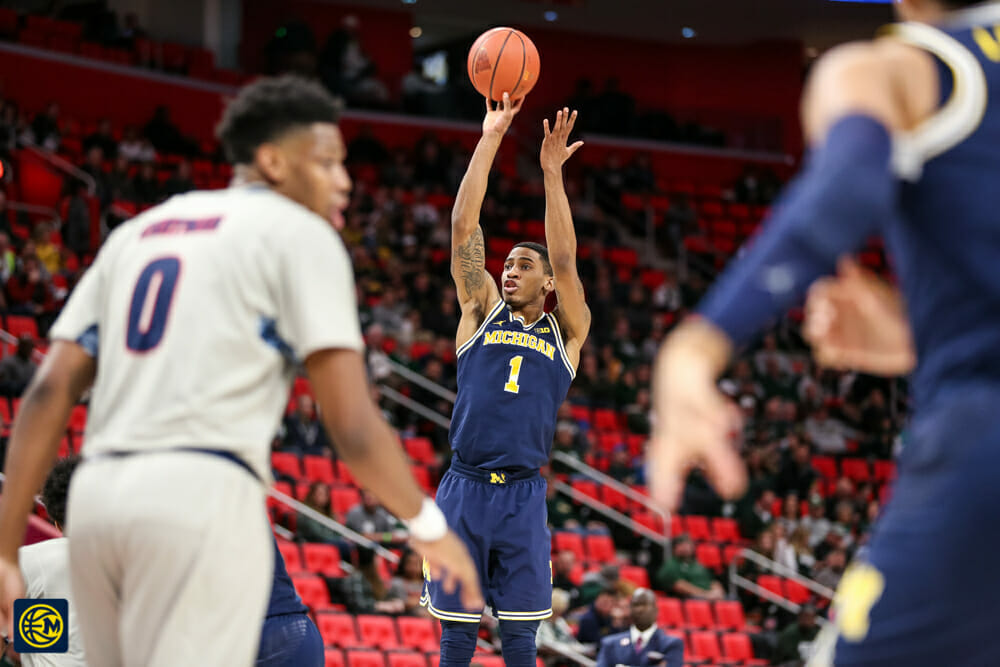 Michigan coasted to a 90-58 win over Detroit on Saturday afternoon at Little Caesars Arena.

Michigan coasted to a 90-58 win over Detroit on Saturday afternoon at Little Caesars Arena.

The Wolverines started slow for the second game in a row, but managed to improve upon their early defensive performance at Texas. Detroit didn’t score before the first media timeout and didn’t make a basket until almost 8 minutes were gone from the game clock.

Eventually the Michigan offense picked up and put together a 19-0 run that featured back-to-back-to-back threes and the game was out of reach in the first half.

The Wolverines were without Moritz Wagner, but got balance scoring from the rest of the roster with five players in double figures led by Charles Matthews with 20 points. 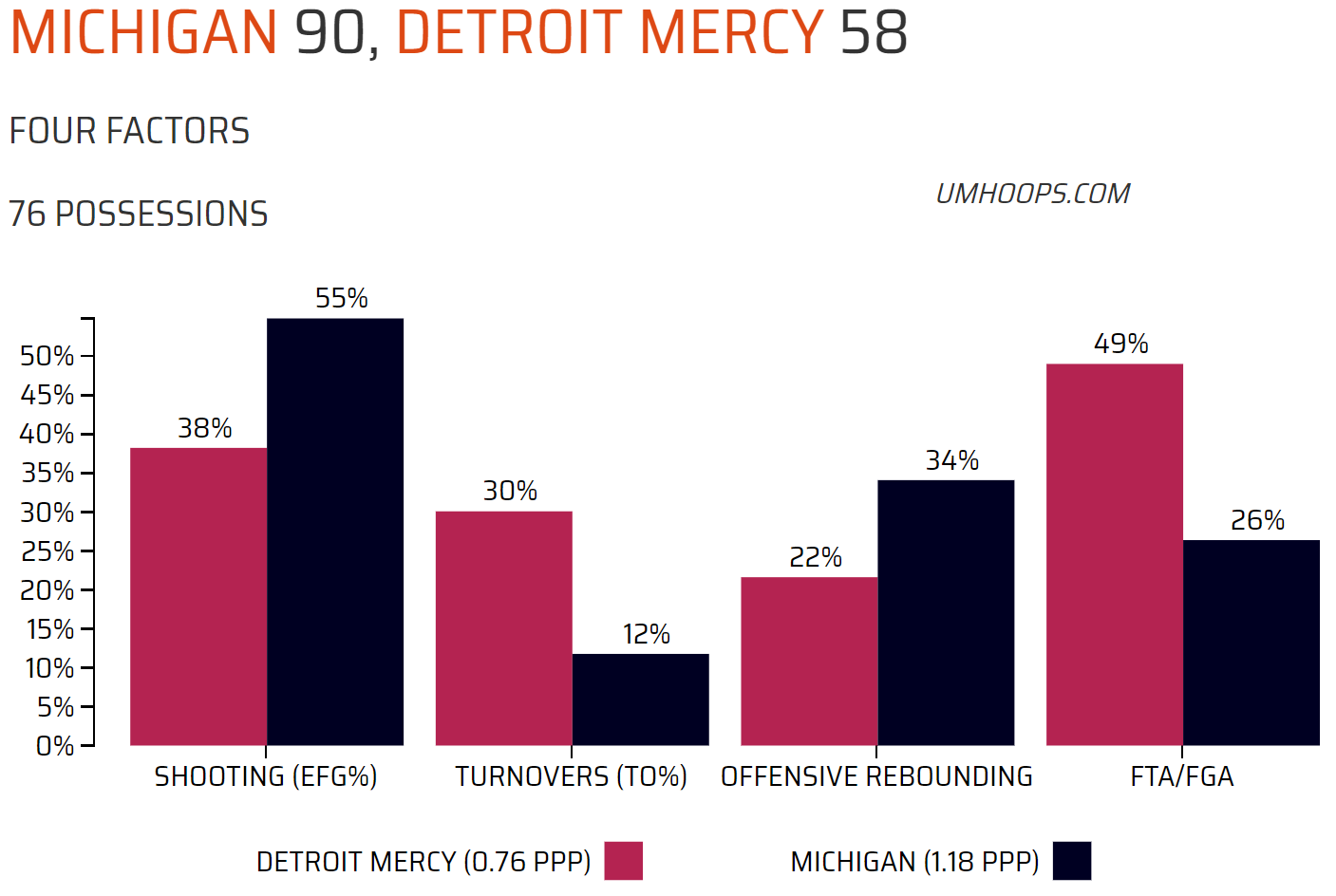 Michigan’s offense was slow out of the gate and got sloppy late, but was efficient and balanced for the middle 20 minutes of the game. The Wolverines shot 47% on twos and 48% on threes for a 55% effective field goal percentage. They didn’t turn the ball over and rebounded a third of their missed shots for an impressive 15 second chance points.

Defensively, this was another positive step in the right direction. Many of Detroit’s early turnovers were unforced, but Michigan held the Titans to their worst offensive outing of the season at .76 points per possession. The Michigan defense did a great job of forcing turnovers (30% of possessions) and cleaning up the defensive glass (rebounding 78% of Detroit’s misses), but the Titans were able to get to the free throw line consistently. Detroit attempted 25 free throws 00 17 in the second half — to just 51 field goal attempts.

This was the sort of performance that Michigan needed in a game that it should win comfortably. Early in the season, the Wolverines were struggling in games like this, but they took care of business today despite playing without Moritz Wagner. Michigan has two more buy games left on the non-conference schedule with Alabam A&M on Thursday before facing Jacksonville on December 30th. 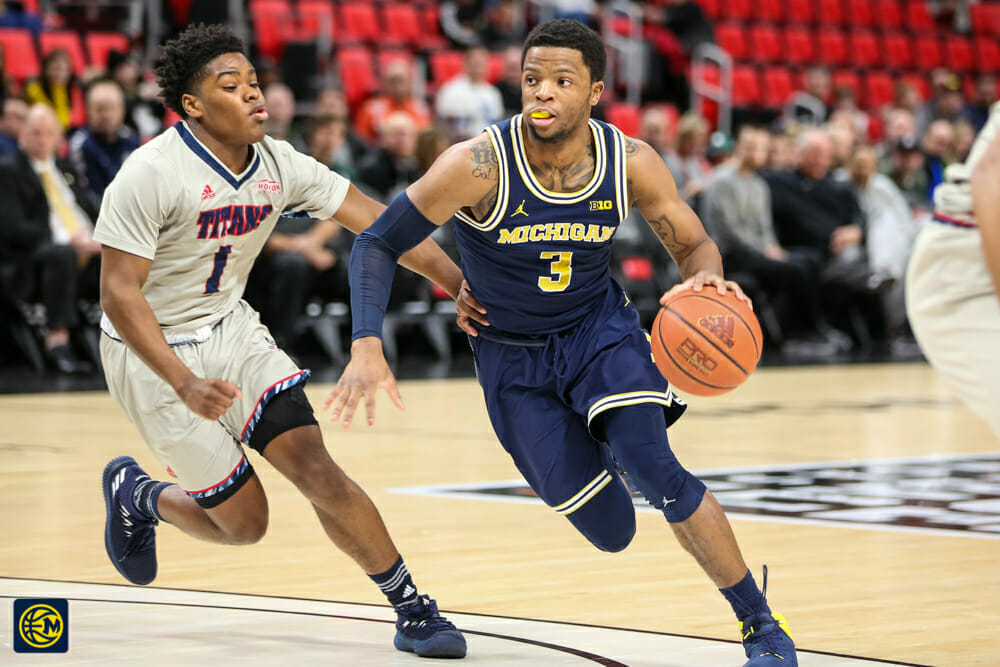