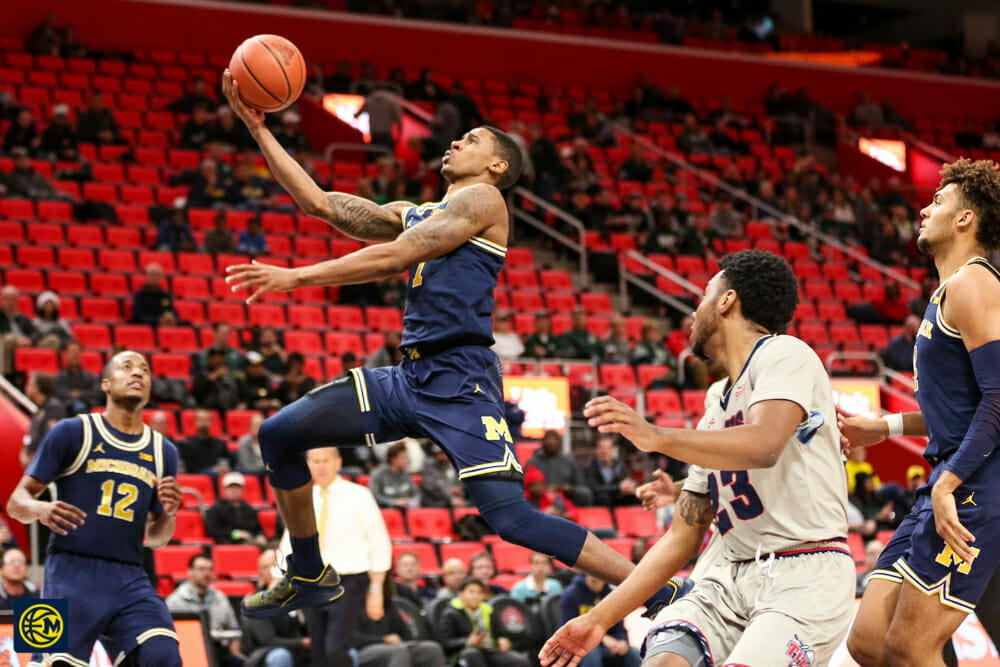 Michigan will play the lowest ranked team on its schedule tonight — four days before Christmas with a 9 p.m. tip off time on ESPNU — when it hosts Alabama A&M.

Michigan will play the lowest ranked team on its schedule tonight — four days before Christmas with a 9 p.m. tip off time on ESPNU — when it hosts Alabama A&M.

Alabama A&M is 0-11 on the season and has played 9 of 11 games away from home this year. The Bulldogs weren’t much better last year either, finishing with with a 2-27 record and going through a coaching change this year.

The Bulldogs are one of four teams in the SWAC that have yet to win a game this year and Michigan is the highest ranked team that they’ve faced.

Alabama A&M has the worst offense in the country, per KenPom’s adjusted offensive efficiency metric. The Bulldogs turn the ball over on 24.8% of their offensive possessions, 346th nationally, and have managed to score a point per possession in just one game this season. Alabama A&M shoots just 41% on twos (340th) and 35% on threes (182nd) for a 44.9 eFG% (323rd). The Bulldogs also rank 225th or worse in offensive rebounding rate and free throw rate.

Defensively, Donnie Marsh’s team will experiment with some full court pressure (7% of possessions) and zone (15% of possessions) but is mostly a man-to-man team. The Bulldogs are slightly better on defense, but not by much, they are ranked 340th in adjusted defensive efficiency. The only Four Factors stat where Alabama A&M is ranked higher than 200th nationally in defensive free throw rate. Teams don’t get to the free throw line often, but that might be because they make 55.6% of their twos and 41.1% of their threes for a 57.7 eFG%. The Bulldogs also have one of the shortest defensive possession lengths in the country at 15.5 seconds.

East Tennessee State grad transfer Julian Walters missed the first 9 games of the season, but he’s made an impact over the last two games averaging 14 points, 16.5 rebounds and 5 assists per game. Waters is only 5-foot-10, but he’s shooting the ball well (4-of-5 on twos, 5-of-9 on threes) and looks to have some game based on his performances against UAB and Southern Miss.

De’Ederick Petty does a good job of attacking the paint and getting to the free throw line, but he’s shooting just 25% from three on 48 attempts. Petty has been turnover prone, but is one of the higher usage players in the A&M offense.

6-foot-2 junior Arthur Johnson is a better 3-point shooter at 39%, but he’s shooting just 41% inside the arc. Johnson is also one of the better rebounders on the Bulldog roster despite his size.

6-foot-9, 230 pound junior Mohamed Sherif is the only true big man on the Alabama A&M roster. He shoots just 40% on 2-pointers, but does a good job of getting to the free throw line — where he shoots just 35.6%.

6-foot-7 sophomore Evan Wiley can stretch the floor from the four position. The 200 pound sophomore is shooting 47% (14-of-30) from 3-point range on the season. Wiley is only shooting 36% inside the arc and doesn’t appear to be much of a rebounder.

KenPom projects an 80-50 Michigan win and gives the Wolverines a 99.7% chance at victory. Alabama A&M is ranked 349th nationally — third worst in the country — and this should be a game that Michigan takes care of with relative ease.