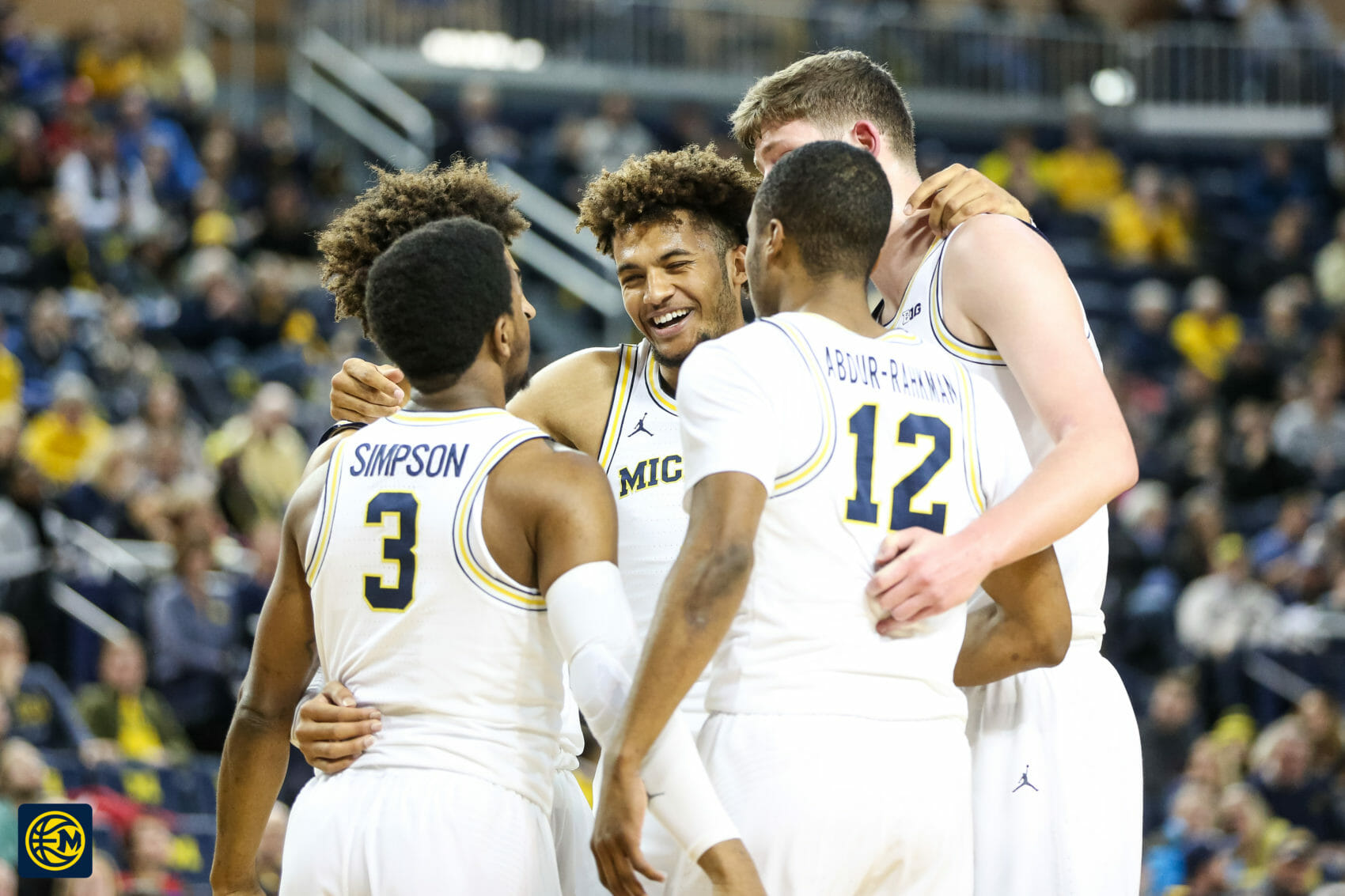 Charles Matthews scored 22 points on 9 shot attempts in the first half. Alabama A&M scored 23 points on 24 shot attempts. His teammates added 29 points of their own and the game was settled at the halftime horn.

Alabama A&M rolled out a 2-3 zone and Michigan utilized it for target practice. The Wolverines made 17-of-24 shots in the first half including 8 3-pointers and 14 of the 17 makes were assisted.

The Bulldogs switched to a man-to-man defense in the second half, but not only was it too late it wasn’t any more effective. Michigan scored another 46 points in the second half and walked away with a 50-point win.

The result was to be expected as the Wolverines were playing one of the three worst teams in Division I, but the execution was sharp and a handful of players who needed to see the ball go in the basket had nice performances. 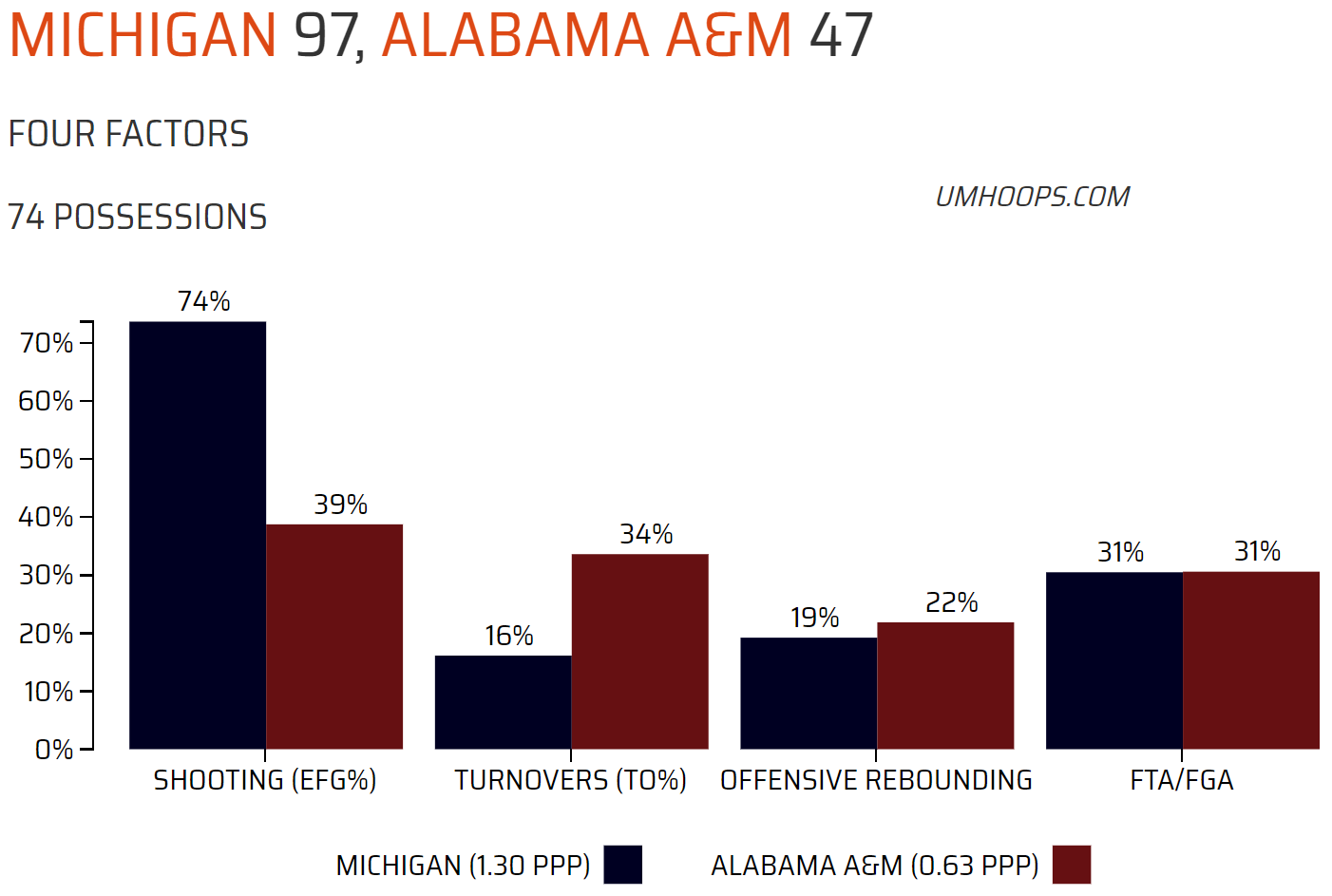 At times it felt like Michigan’s offense was in a walkthrough, but the execution was crisp and the shots were falling all night. Michigan shot 21-of-28 on twos and 15-of-31 on threes for a 74% effective field goal percentage (the best mark of the year against a Division I opponent). About the only thing the Wolverines did poorly was convert at the free throw line (56%).

An impressive 23 of 36 made field goals were assisted — a product of playing heavy minutes against a zone defense — and the Wolverines added 16 fastbreak points in the blowout. In a statistical oddity, all three of Michigan’s point guards went scoreless in the win. They handed out 9 assists but were a combined 0-of-4 from the floor.

Defensively, Michigan held the third-worst offense in Division I to their worst offensive performance of the season.  You can’t fault the Wolverines for their performance, but you can’t take much from it either. The bulldogs turned the ball over 25 times and only made 17 shots and that says just about everything you need to know about their offensive execution.

Michigan has an important lay off over Christmas — after a morning practice tomorrow — and won’t be back in action until December 30th against Jacksonville. That means another game against an over-matched opponent, but I like scheduling another tune-up before Big Ten play after we saw the Wolverines slip in Iowa City last year coming off of a similar break. 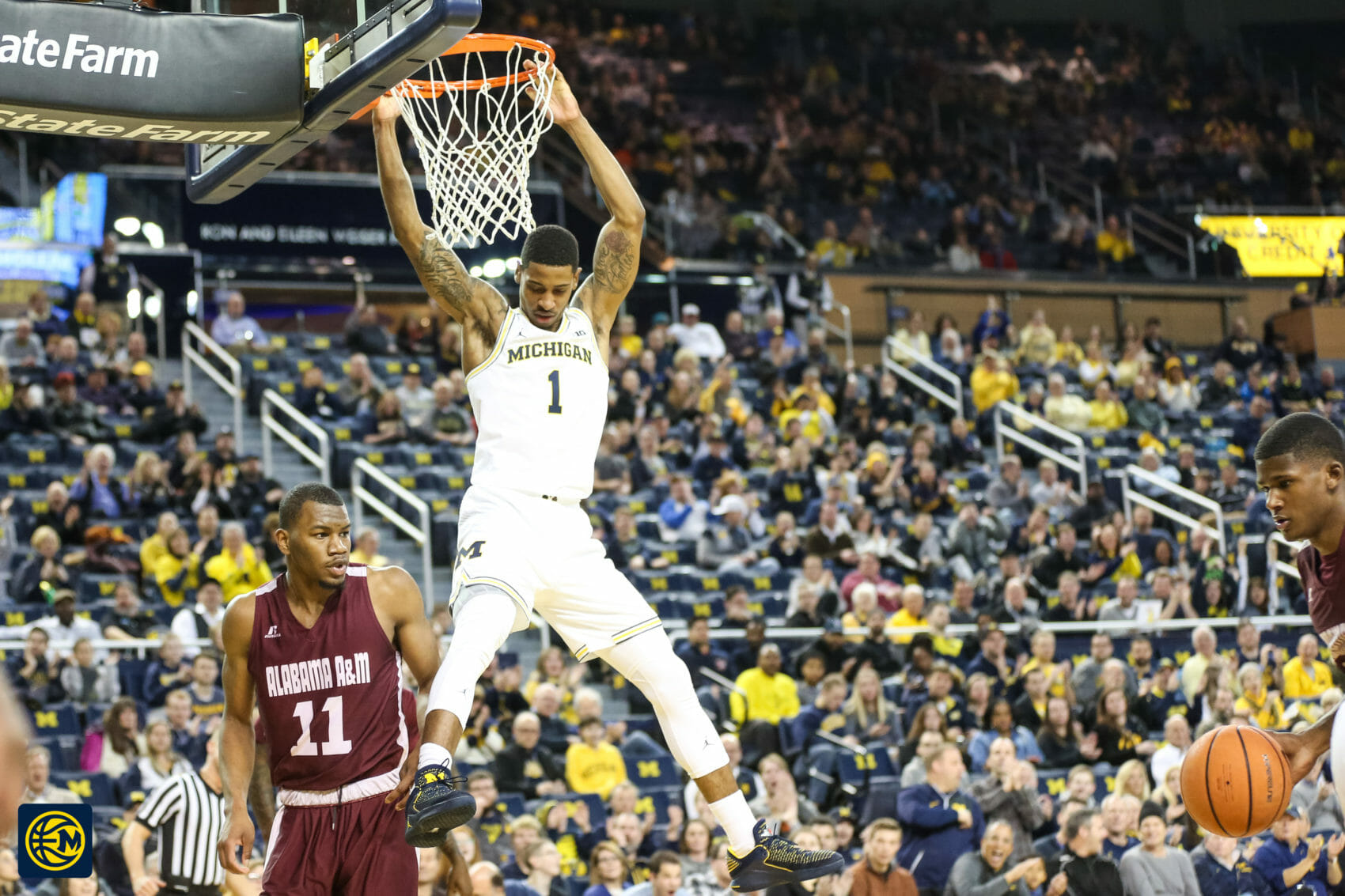 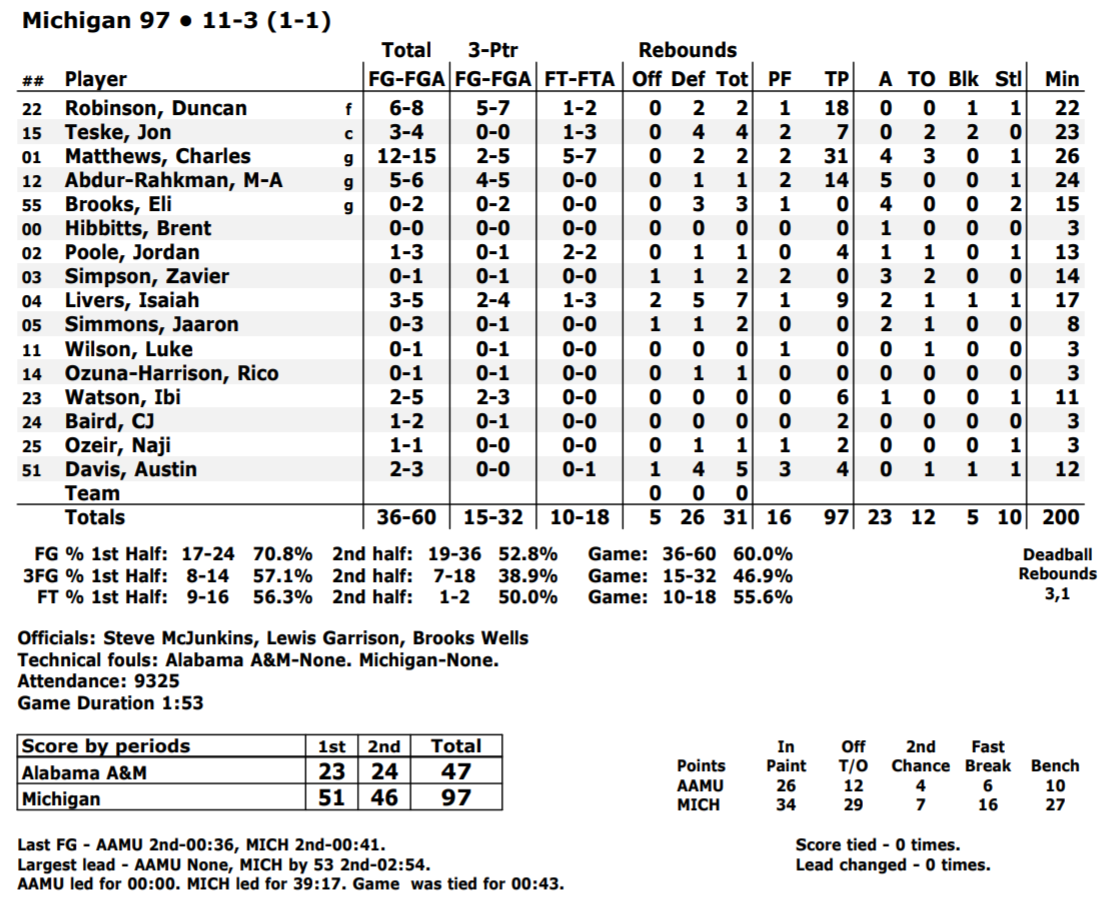