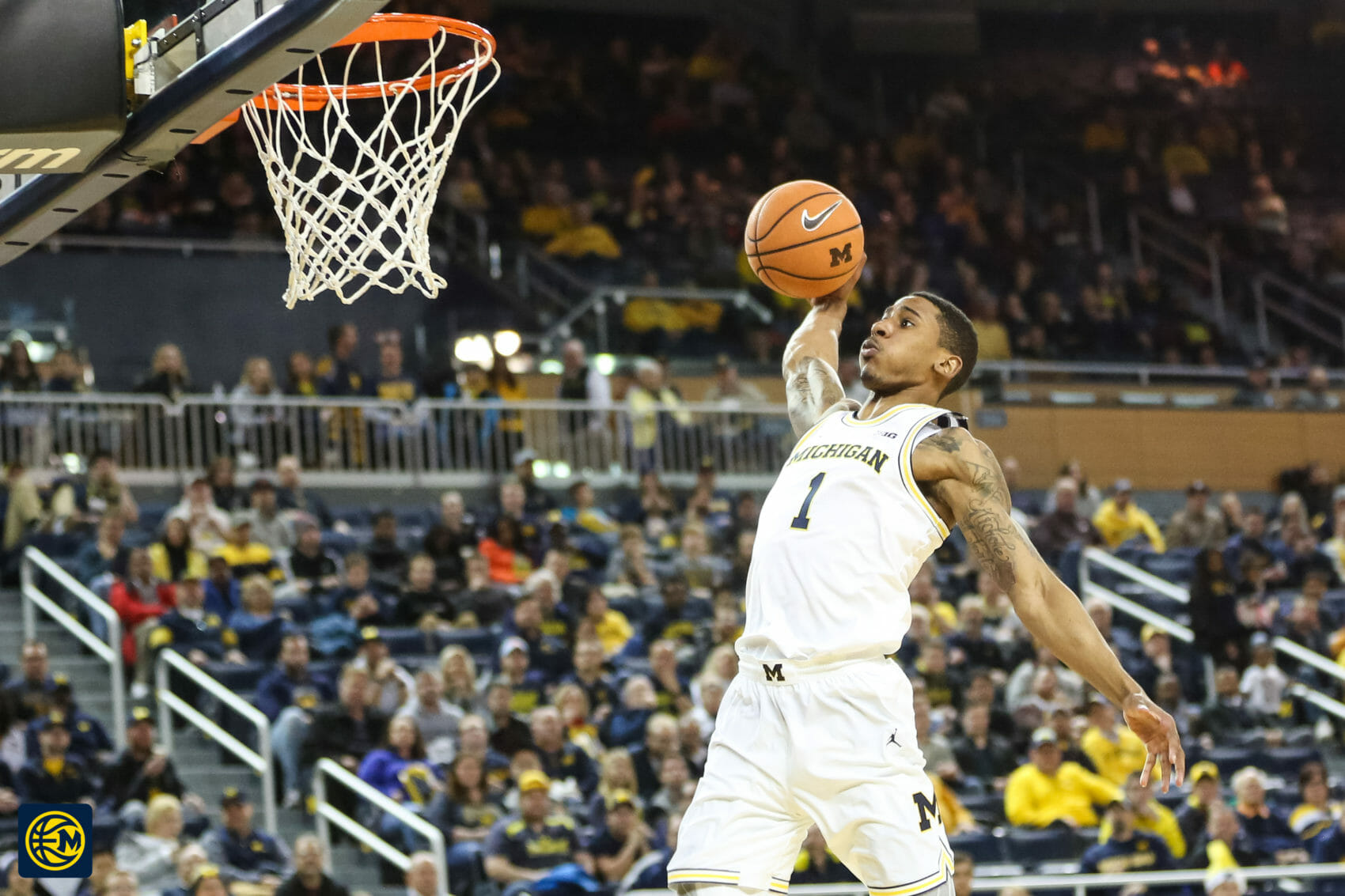 It was just one of those games where you knew what would happen down to a tee — the type of game you might have thrown on the television while you recovered from a large meal during the holiday season.

The only thing at question was whether Michigan would beat the spread (it did). The Wolverines dismantled Alabama A&M, 97-47, in front of a festive crowd on Thursday night.

Here are five takeaways from the game:

Charles Matthews had a strong second half against Detroit Mercy last weekend, and he carried that over into Thursday night’s game.

The redshirt junior wing was scorching hot from the field in the opening half, shooting 8-of-9, with his only miss coming in the final few seconds. At the halftime buzzer, Matthews had 22 points on 9 shot attempts, while Alabama A&M had 23 on 24.

“He’s starting to understand how this all works and choosing his spots more carefully,” said John Beilein after the game. “I thought he took 15 good shots. … As he continues to work, he can do a lot of things. I love the way he saw the open man several times, he’s still learning that, though.”

Of course, Matthews had some help, too. He energized the Crisler Center crowd in the first half by throwing down an alley-oop from Muhammad-Ali Abdur-Rahkman.

The crowd applauded Matthews again when he exited the game for good with 9:36 left in the second half — and for good measure. Matthews finished with a career-high 31 points on 12-of-15 shooting.

Michigan’s resident sharpshooter may be out of his slump.

Duncan Robinson knocked in 5-of-7 3s against the Bulldogs, one game after hitting 3-of-4. The two-game stretch of good shooting comes after he shot just 5-of-27 from 3s against North Carolina, Indiana, Ohio State, UCLA and Texas.

Robinson said after the game that “it all feels the same” — his cold streak and recent hot shooting, that is.

“No big difference. Ball’s just going in,” Robinson said. “That’s obviously what everyone focuses on, is the end result, but I’m more focused on just staying diligent in what I’m doing.”

Thursday night’s performance was what Robinson’s coach has come to expect out of him.

“He’s going to come back to the norm, you know he is,” Beilein said. “I thought he had better arc on the ball today, he really took shots with his feet set a little bit.”

Isaiah Livers has gotten consistent run as Duncan Robinson’s backup at the ‘4.’ But Moritz Wagner’s second consecutive absence allowed John Beilein and Michigan to try something else against Alabama A&M: Livers at the ‘5.’

The freshman from Kalamazoo was Michigan’s big man from the 3:54 to 1:41 mark of the first half, subbing in for Austin Davis after the sophomore center picked up his second foul.

Livers joined a lineup of Duncan Robinson, Jordan Poole, Abdur-Rahkman and Zavier Simpson for a fairly uneventful couple of minutes out of position. It’ll be interesting to see if Livers ever checks in as the ‘5’ again — or if it simply happened as a combination of circumstances, necessity and John Beilein’s two-foul policy.

Muhammad-Ali Abdur-Rahkman rarely has scoring outbursts. His quiet games can be especially quiet, such as his outing against Detroit Mercy, when he shot 1-of-6 and finished with two points in 26 minutes.

Against Alabama A&M, the senior guard was an efficient 5-of-6 from the field, scoring 14 points and also adding a team-best five assists. 12 of Abdur-Rahkman’s points came from 3-point range, where he was 4-of-5. It’s the best he’s shot from deep all year.

Michigan’s three point guards combined to shoot 0-of-6 from the field, scoring 0 total points. The point guards, in fact, had more turnovers (3) than points.

It was no matter for the Wolverines, who still shot 61 percent from the field and 15-of-31 from 3.

“He just was trying to set other people up. … He had four assists and no turnovers. So if he can just continue to do that, it’s good,” Beilein said. “Like I said, the kids like playing with him. He’s not going to be a stat sheet stuffer right now. But he is learning to play better defense and he does understand what we’re doing.

“Eli allows us to flow. I love what he’s giving us right now, it’s just enough and I think it’ll be better as the year goes on.”