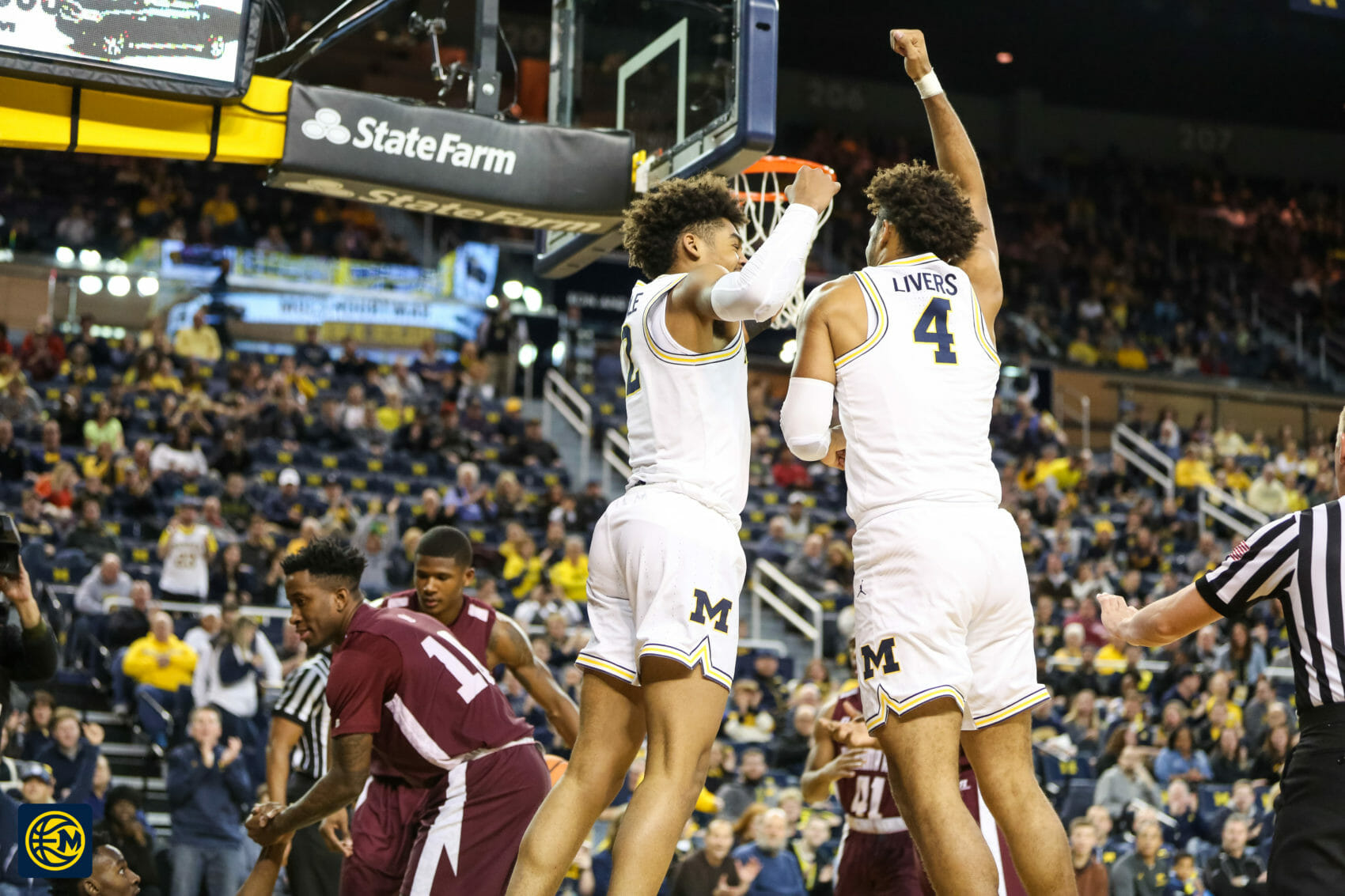 Michigan will wrap up its non-conference schedule on Saturday evening as it hosts Jacksonville at the Crisler Center (6:00 p.m., BTN).

Michigan will wrap up its non-conference schedule on Saturday evening as it hosts Jacksonville at the Crisler Center (6:00 p.m., BTN).

The Dolphins are just 5-10 on the season, with only two wins over Division I opponents. They are tabbed to finish last in the Atlantic Sun and haven’t played a team ranked higher than North Carolina State (76th) — a 52 point loss on December 22nd.

The Dolphins are ranked 200th or worse in all four factors on offense and they are ranked just 303rd nationally in effective field goal percentage at 46.2 percent. Jacksonville has made just 46% of its twos and 31.2% of its threes in Division I games. The Dolphins also don’t attempt many shots from the perimeter, just 31.8% of its field goal attempts are threes (302nd), and only 44.8% of their makes are assisted (318th).

On defense, expect head coach Tony Jasick to experiment with zone looks. Over a fifth of Jacksonville’s defensive possessions have been zone looks and they’ve been more effective in the zone than man-to-man.

Jacksonville’s leading scorer — Jace Hogan (17.6 points) — has been sidelined with an injury since mid-December. He was expected to be out for the “foreseeable future” as of December 20th. The No. 3 scorer on the roster, Devin Harris, was also expected to be sidelined for several games, but he came off the bench and played 20 minutes in a win over Middle Georgia St. on Thursday night.

Injuries injuries have left 6-foot-2 freshman JD Notae to pick up much of the slack in a playmaking capacity. Notae uses a quarter of Jacksonville’s offensive possessions and is a capable shooter from outside (36%), but he’s struggled to finish inside the arc or find his teammates. His assist rate is just 12.8% and he’;s shooting just 37% inside the arc on 124 attempts.

6-foot sophomore Tanner Rubio is Jacksonville’s leading 3-point scorer with 23 makes on 74 attempts. 67% of his shot attempts are 3-pointers, but he looks to be capable of shooting off the dribble as well as the catch.

6-foot-7 freshman Damien Sears anchors the middle. Sears has started the last two games and is an effective scorer around the basket (69%), but looks to be limited as a rebounder. Sears replaced Radwan Bakkali at the five spot in the starting lineup. Bakkali is bigger at 6-foot-10, 250 pounds, but the junior doesn’t finish as effectively at just 46%.

6-foot-8, 185 pound Cody Helgeland starts at the four position and plays heavy minutes. Helgeland has made more than twice as many threes as twos and shoots 34.5% inside the arc and 31% from three. He should be a comfortable defensive matchup for Duncan Robinson as another stretch player who prefers to shoot the triple.

Off the bench, 6-foot-5 freshman Jalyn Hinton is a slasher and bucket-getter. Hinton hasn’t attempted a three this year, but he’s shooting 61% on 44 attempts inside the arc. Hinton got his first start of the season on Thursday night.

6-foot-4 freshman Corey Romich has started the last two games after injuries struck the Dolphin lineup. He’s shooting just 6-of-21 from three in Division I games and has only attempted two shots inside the arc.

KenPom projects a 79-53 Michigan victory, giving the Wolverines a 99% chance at the win.