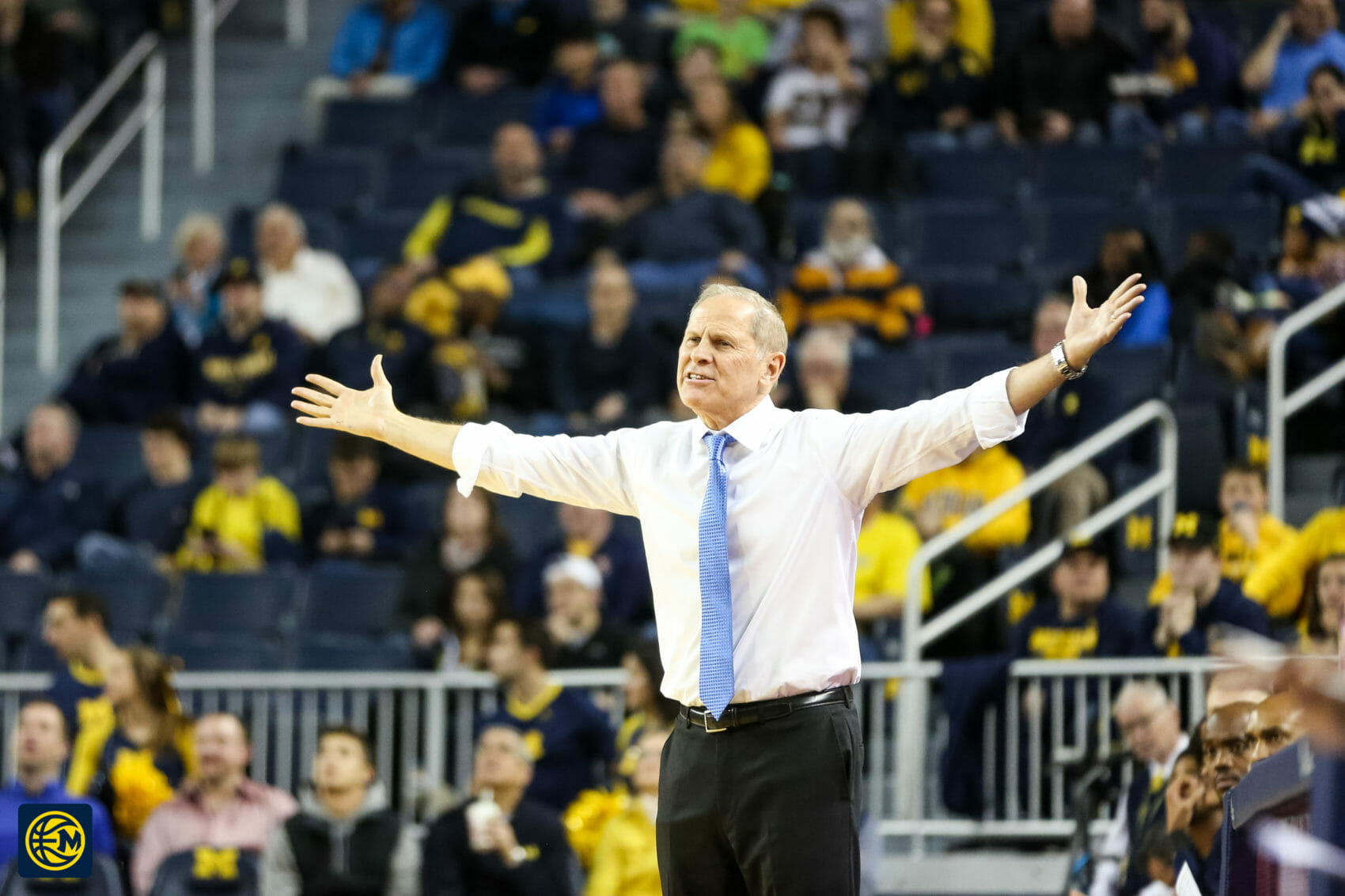 Michigan wrapped up non-conference play with a sloppy win over Jacksonville.

There’s no play in basketball that John Beilein hates more than a travel.

He spends hours of practice time drilling catching, passing and pivoting. His teams aren’t supposed to travel and you’ll oftentimes see his most passionate arguments with referees come over traveling call he disagrees with.

On Saturday evening after a long holiday layoff, the Wolverines opened the game with a pair of travels from the same spot on the floor.

“That was unbelievable,” Beilein said after the win. “You probably can’t find that stat, but I want to know how many times we go two times up the floor and walk twice to start the game. And they were walks. I don’t think I’ve ever seen it in my life.”

Those turnovers were a constant thorn in Michigan’s side for the opening 20 minutes with 10 giveaways in just 34 possessions. They were distinctly un-Michigan in a performance that, according to the head coach, featured “a lot of gunk.”

Michigan eventually shook off some of the rust and eased its way to a 76-51 victory, but it was not the type of performance that Michigan needs if it wants to compete every night in the Big Ten. 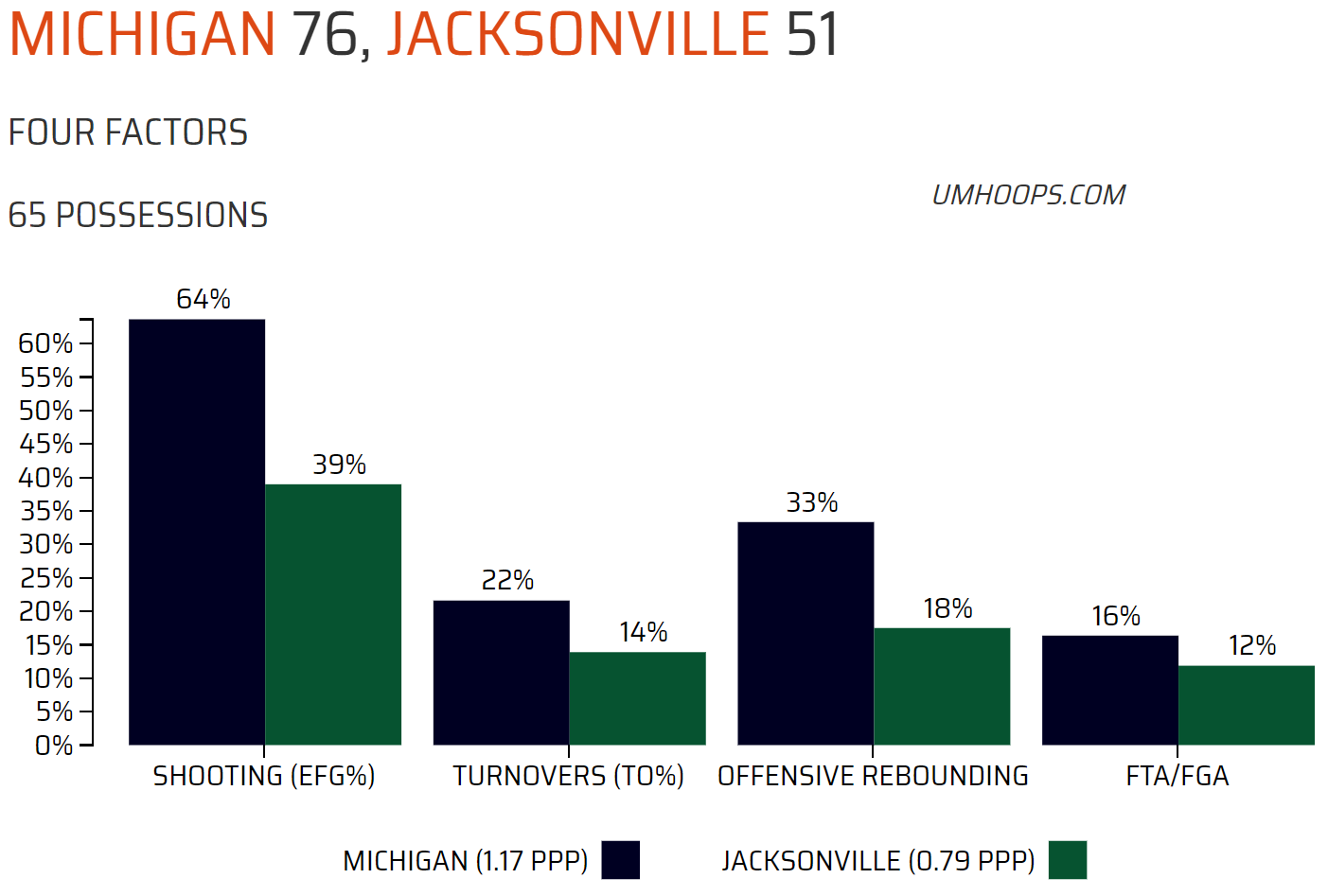 Michigan’s offense ended up scoring 1.17 points per possession, but this wasn’t an impressive showing. The Wolverines shot the ball well — 72% on twos and 35% on threes — but they struggled to string consistent possessions together and turned the ball over on 22% of their offensive possessions. Nothing felt sharp and there was no rhythm to Michigan’s offense as Jacksonville switched between zone and man looks.

Defensively, Michigan was solid, but it is hard to get too excited about holding Jacksonville to .79 points per possession when the Dolphins really only had one player — JD Notae, who scored 22 points on 16 shots — who was an offensive threat.

“I see a lot of people who are missing shots that the Big Ten will make,” Beilein said when asked about his defense after the game. “That’s my assessment.”

It is tough to disagree with the Beilein’s candid assessment. There have been some bright spots on defense, and the advanced metrics are encouraging, but Michigan has to do it under the Big Ten lights against teams with competent offenses. Right now, the Wolverines are great at making bad offenses look bad. Eventually they need to make a good offense struggle.

Michigan will need to play better on Tuesday night to compete in Iowa City, but got the job done tonight and finished the non-conference season strong. Beilein noted that he was disappointed with the play of the bench tonight after being encouraged with their progress more recently. Moritz Wagner appears to be healthy, albeit incredibly rusty, and the Wolverines will have some important time to practice before heading on the road to resume league play. 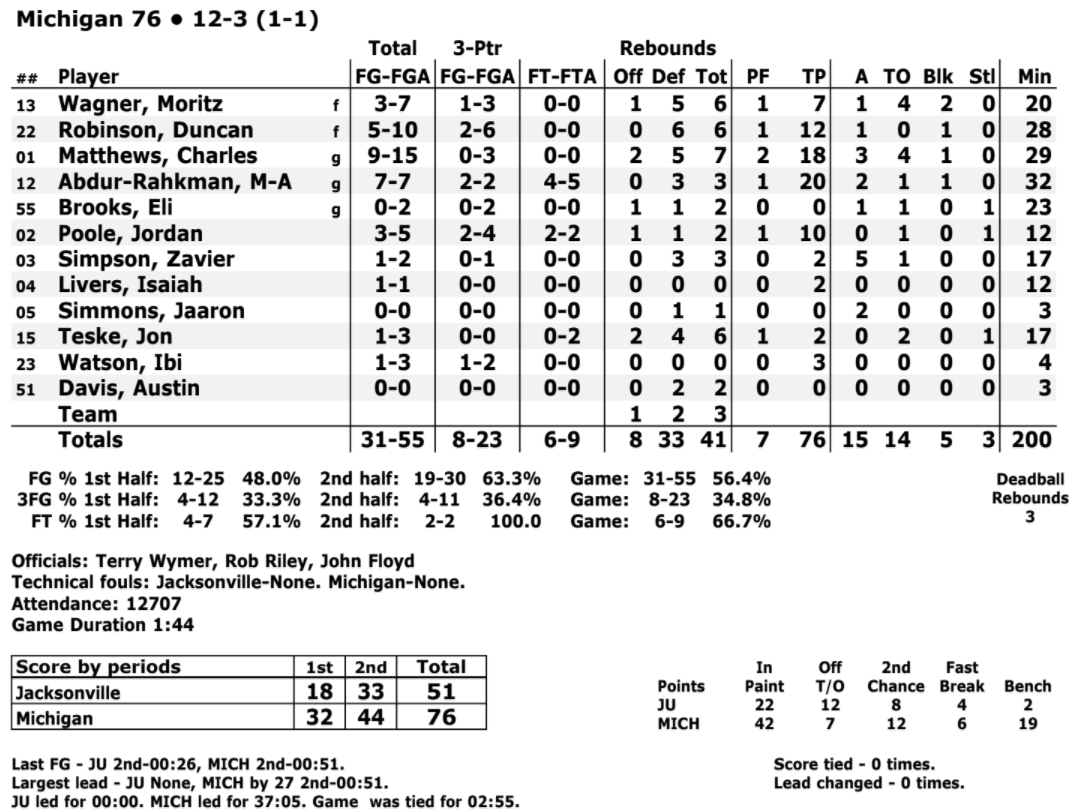