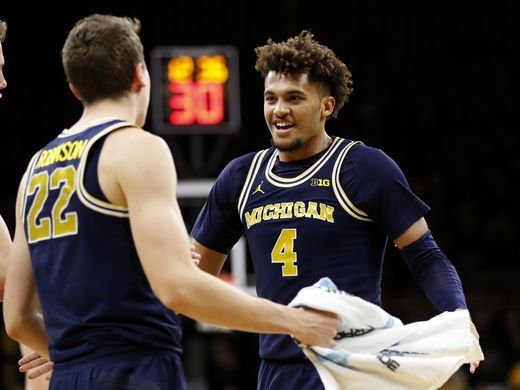 Three bench players led Michigan to its first win at Iowa since 2011.

Three bench players led Michigan to its first win at Iowa since 2011.

Iowa plays its bench more minutes than any team in the Big Ten, but Michigan’s bench outscored the Hawkeyes 37-17 in the 75-68 victory.

The Wolverines rode a hot shooting first half to an 18-point lead and were able to answer every Iowa run in the second half, putting to bed any lingering demons from the December collapse in Columbus. 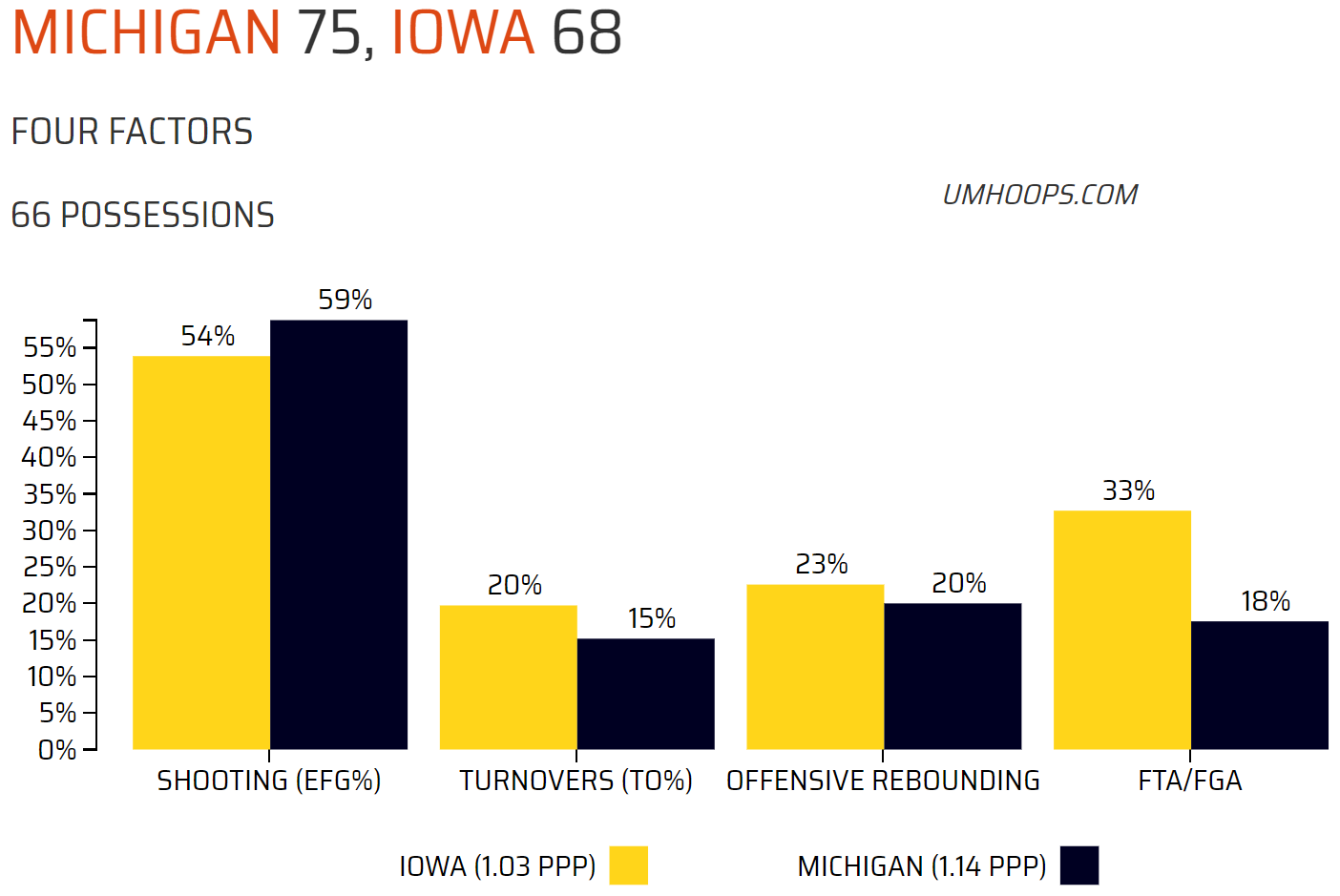 Michigan’s offense scored 1.14 points per possession, but that number would have been much higher if the stall offense late in the game didn’t go scoreless for five straight minutes.

The 3-point shot was falling — 11-of-25 for the night including 8-of-15 shooting in the first half — and that opened things up for the rest of the offense. The Wolverines were 17-of-32 inside the arc (53%) and were able to create timely baskets at the rim when the game dictated. Michigan also kept up with its new trend of being more aggressive in transition — a timely move against an Iowa team that not only took a lot of quick shots but didn’t do a great job of getting back on defense.

Tyler Cook scored 28 points on 15 shots for Iowa, but his teammates only managed 40 points on 15-of-37 shooting, Michigan doubled Cook early in the game, but opted to play him straight up throughout the most of the second half. They couldn’t manage him, but his baskets were still only worth 2 points while Michigan outscored the Hawkeyes by 15 points from 3-point range.

Cook played 34 minutes and used 36% of Iowa’s offensive possessions, but Iowa fans are probably asking how the talented big man didn’t get more shots in a game where he was so effective.

Michigan has won six in a row and is playing its best basketball of the season despite Moritz Wagner still working through an injury. Next up is a home tilt with Illinois before a pair of games against the conference’s best teams: Purdue at home and a trip to East Lansing.

John Beilein says Moe Wagner and his right foot are still "not right." Beilein said he's "concerned about it" but that Wagner is healthy and has to get back in a rhythm. 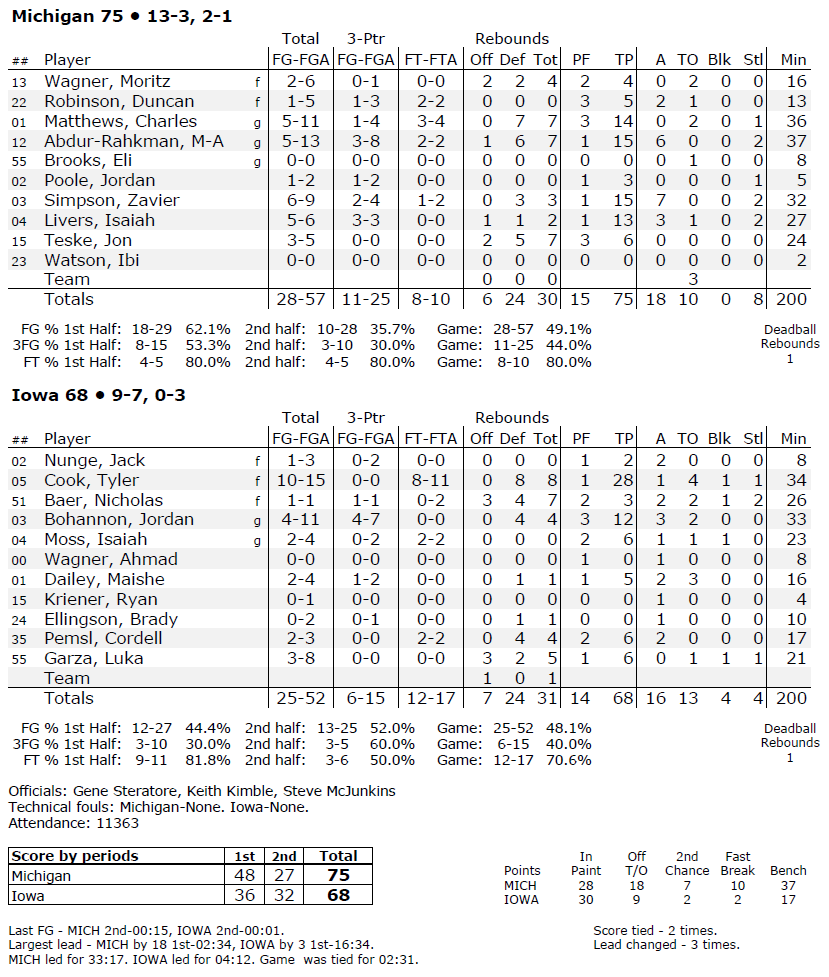