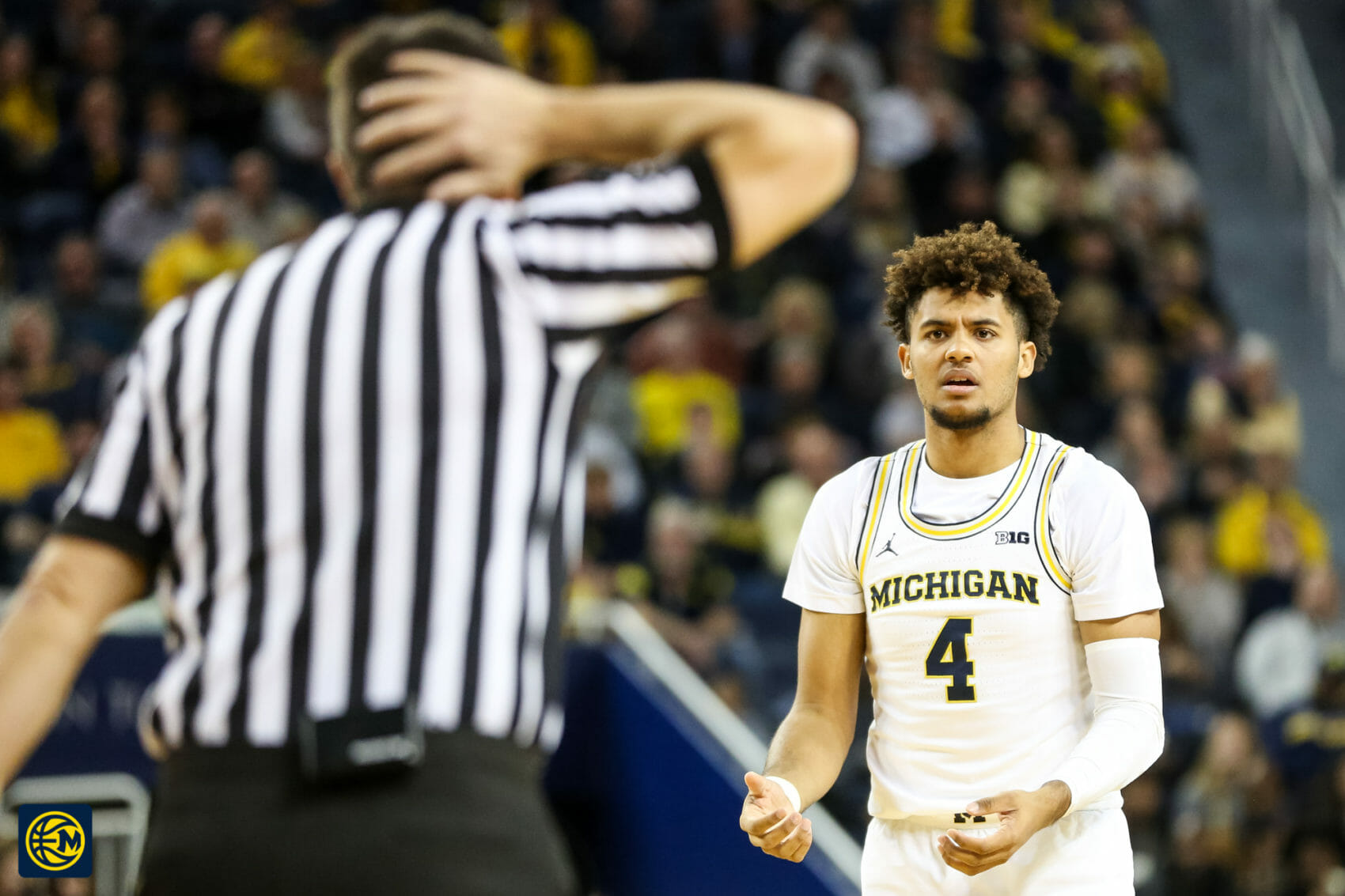 Michigan won its seventh game in a row despite a sloppy first half against Illinois.

Sometimes you just have to chalk up a half of basketball to Murphy’s law.

Michigan turned the ball over 12 times in 36 first half possessions against Illinois. The Wolverines were whistled for six fouls on offense and their leading scorer was on the court for 67 seconds before being called for his second personal. On the other end of floor, a 25% 3-point shooter make his first two looks from deep and suddenly the Wolverines were down 8 points on their home floor before they’d be awake on a summer Saturday.

But Michigan battled through those mistakes, whistles and turnovers and made it to the locker room down just 3 points at halftime thanks to timely bench minutes from Isaiah Livers and Jordan Poole. The game wasn’t won at the half, but that 8 minute stretch to close the first half allowed the Wolverines to take control of the game for good before the first media timeout in the second.

Michigan fixed its mistakes in the second half, turning the ball over just three times, and coasted to a comfortable 10-point victory with six different Wolverines in double figures. 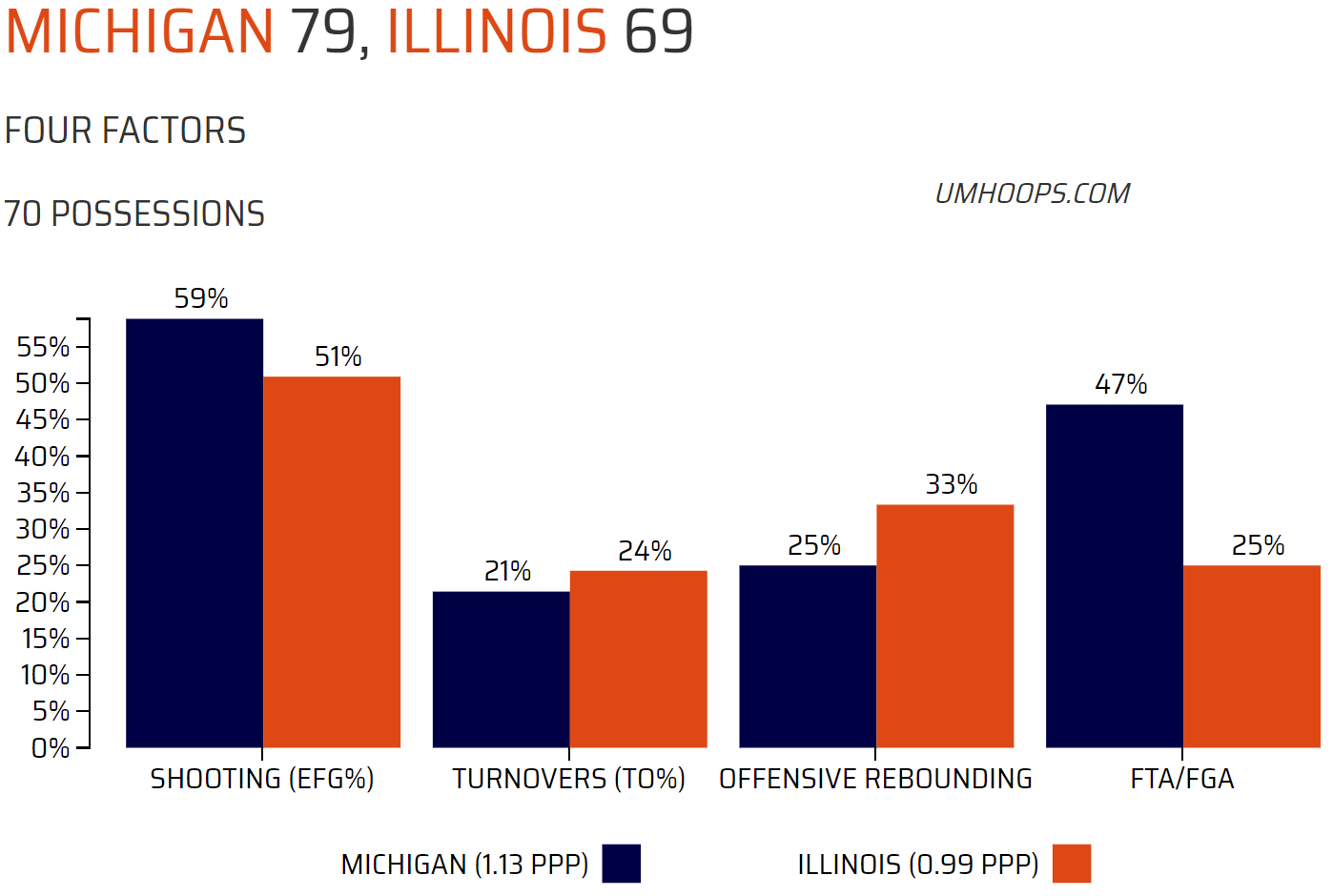 Michigan had more turnovers (12) than made field goals (10) in the first half and managed to score just .87 points per possession. The Wolverines made poor decisions, missed tough shots at the rim,. and looked completely flummoxed against Illinois’ extended defensive pressure.

The Illinois game plan was to take Michigan out of its actions, but whatever halftime adjustments Beilein and his staff made in the second alleviated the pressure. As bad and disjointed as everything looked in the opening 20 minutes, it was nearly flawless.

“They really put on a clinic against us in the second half,” Illinois head coach Brad Underwood admitted after the loss.

Michigan scored 48 second half points in 34 possessions — 1.41 points per trip — and only turned the ball over 3 times (8% of possessions).

Some of the offense came easily in transition, but the Wolverines also figured out solutions in the halfcourt. This isn’t the same ball screen offense as last year, but Michigan won a few possessions in a row of ball screen chess midway through the second half.

First the Wolverines rejected several ball screens for easy layups which forced Underwood to adjust to a switch-every-screen defense. Michigan attacked the switch with a pair of layups for Moritz Wagner over a point guard. Then Illinois went to a 3-2 zone to nullify any ball screen action and Muhammad-Ali Abdur-Rahkman hit a three to push the lead to 12 points. The lead never dropped to single digits again.

Michigan’s defense Illinois to .99 points per possession which qualifies as yet another solid performance. The Illini are a flawed offensive team who still runs good stuff. The good stuff led to a handful of backdoor layups, but Michigan denied those looks more often than it allowed them. Illinois made their fair share of twos (57%) but couldn’t hit threes (21%) and turned the ball over on 24% of their  possessions. All of the preview talk was about Illinois’ ability to forced turnovers, but Michigan turned 17 giveaways into a 17-9 advantage in points off of turnovers.

Most importantly, the Wolverines got the job done on the defensive glass. Illinois rebounded 33% of its misses but 3 of its 10 offensive rebounds came on the final possession of the game which only mattered to the degenerate gamblers among us. Scratch those from the record and the Illini only rebounded 26% of their misses — that’s an impressive defensive rebounding performance against the No. 7 offensive rebounding team in the country.

Michigan has won seven games in a row and has started to gel over a tough, but manageable, stretch of schedule. Now, life in the Big Ten gets real. The Wolverines host Purdue on Tuesday night before traveling to East Lansing on Saturday. These two teams are the class of the Big Ten, but Michigan isn’t going to get a better shot at a statement win this season than Purdue at home. (Michigan has won its last four home games against Purdue, dating back to 2012.) 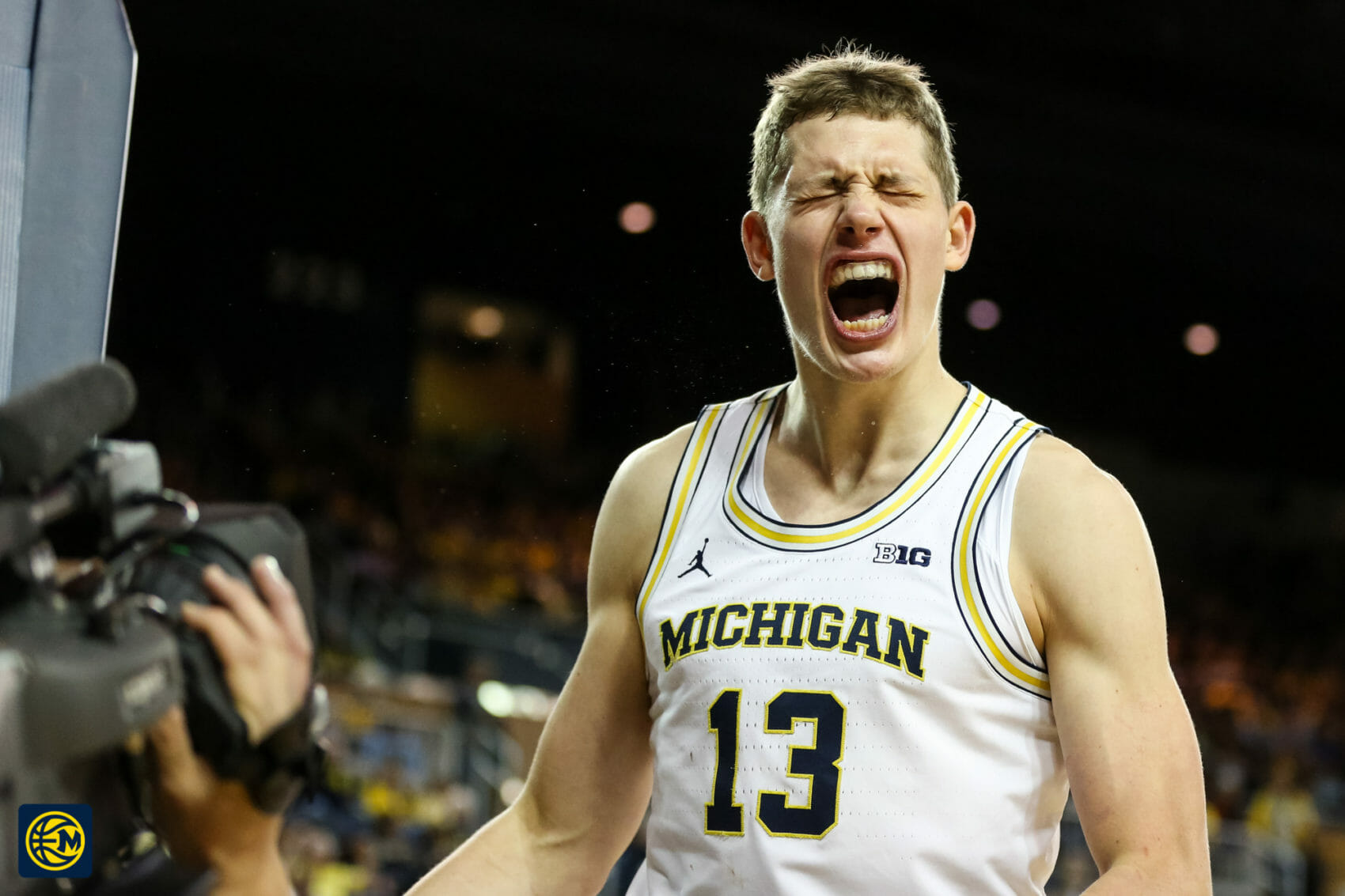 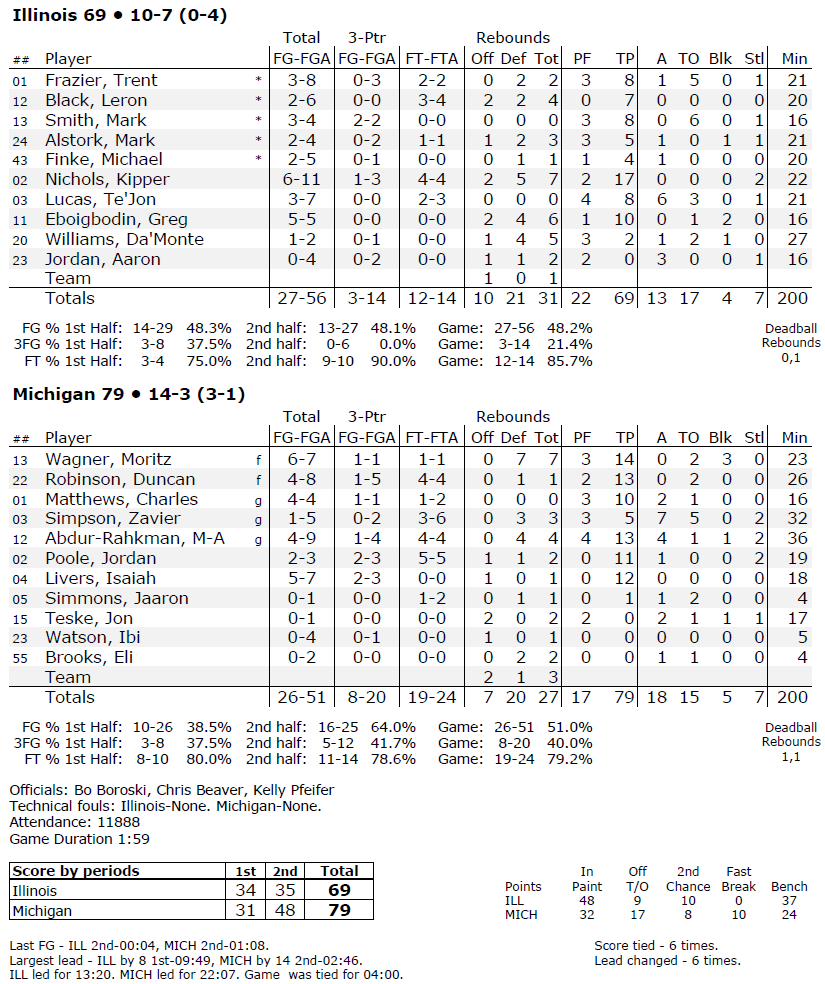