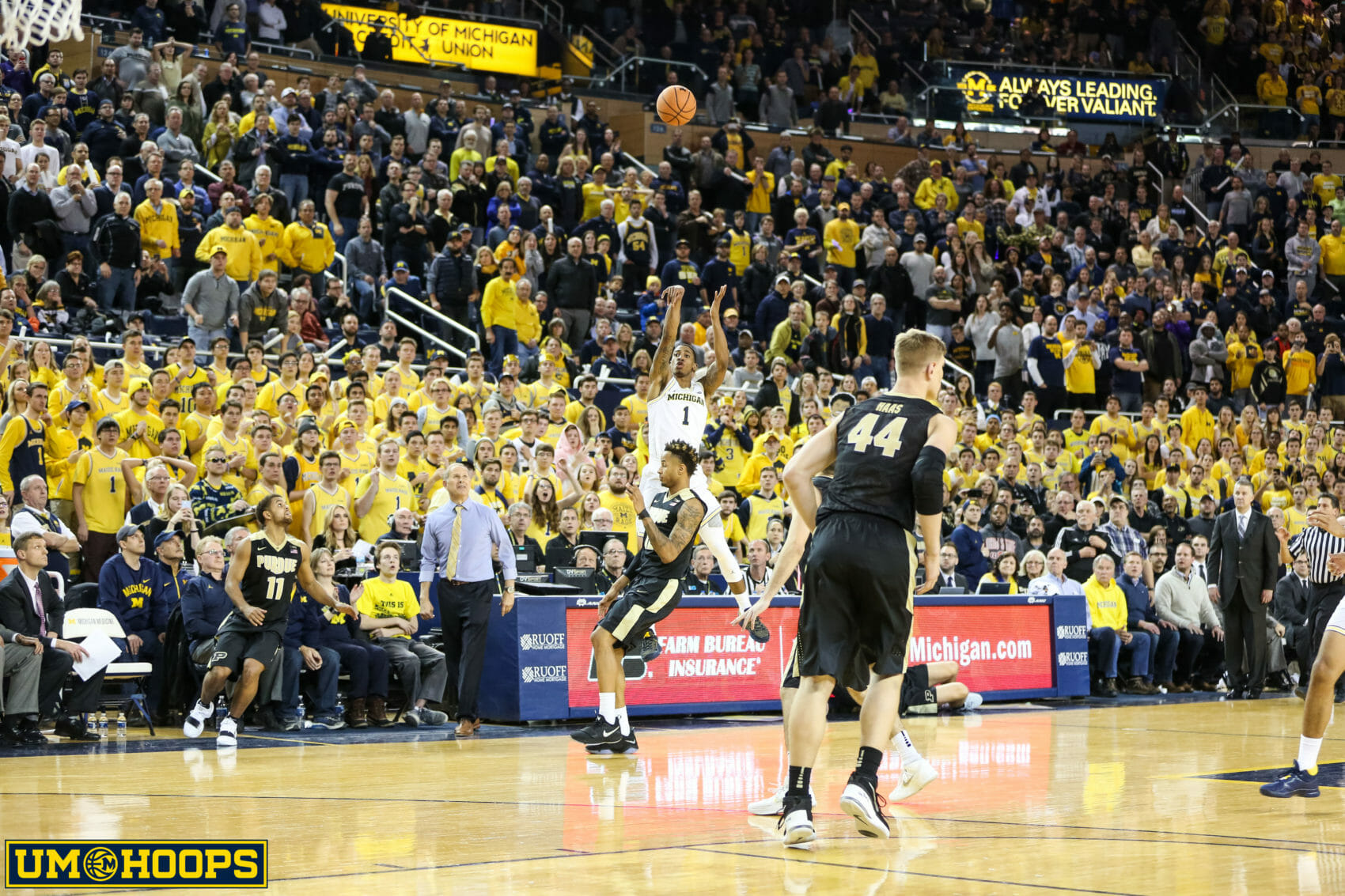 Michigan failed to score on its final three possessions and let an opportunity slip away against Purdue.

Michigan did all of the hard work to pull within striking distance of its first statement win of the season, but it couldn’t finish the job.

The Wolverines took a 69-66 lead with 2:50 to play, despite trailing by double digits in both halves, and then failed to score on their final three possessions of the game.

Zavier Simpson missed a desperation pull-up jumper on a possession that stalled out. John Beilein called for a timeout on the next offensive possession, but Purdue never allowed Michigan to get into its offensive set and Muhammad-Ali Abdur-Rahkman missed a step-back three. Then with the chance to hold for the last shot, Charles Matthews turned the ball over on a ball screen drive with six seconds to play.

The play was ruled a turnover after a controversial replay review that determined the ball was deflected by Dakota Mathias, but remained in Matthews’ hand for a split second. Gene Steratore is no stranger to long replay reviews from his time as a NFL official, but this three-plus minute review was one of the more creative ones of the season.

Michigan burned its foul to give and couldn’t get the stop it needed to send the game to overtime as Moritz Wagner fouled Isaac Haas on the inbound play.

Wagner’s foul was a mistake, but Michigan also allowed Purdue to advance the ball a long way up the court without touching it and used the foul to give at the wing, where every coach calls a timeout, rather than in the backcourt.

Haas split the free throws and Charles Matthews tossed up a 35-footer that rimmed off as the horn expired. 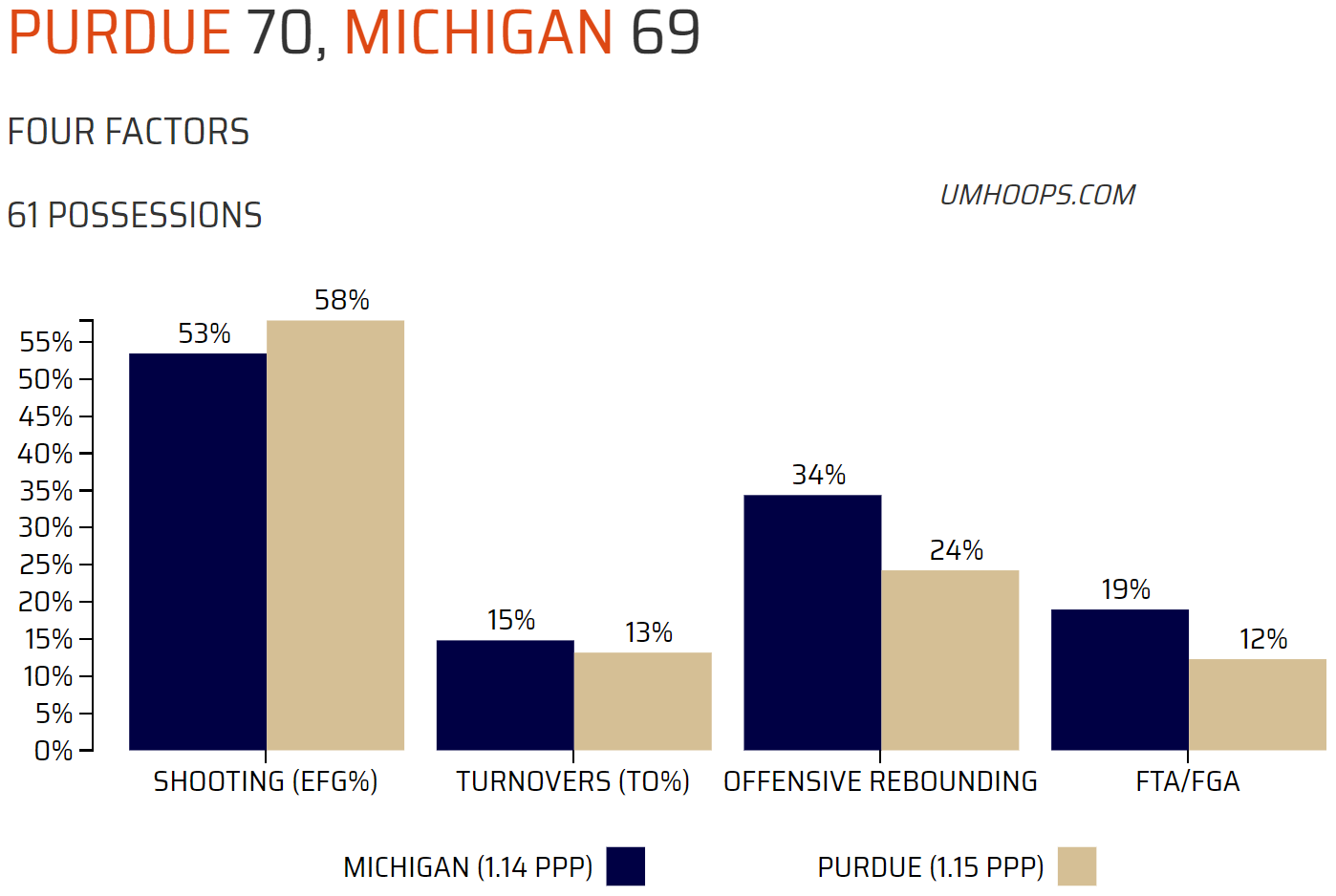 Purdue finished the night shooting 12-of-21 from 3-point range compared to just 15-of-36 inside the arc for a 58% effective field goal percentage. The threes weren’t all easy looks — Purdue hit a handful of difficult, full speed threes off of screens — but they were the difference in the game.

Michigan’s defensive rebounding continued to be very good other than a few timely putbacks by Nojel Eastern, who started crashing from the point guard spot when he was on the floor.

With a bit of 3-point luck we are talking about a great defensive performance — few people would expect these two teams to be equal at 28 points in the paint –but in the end this was on-par with Purdue’s Big Ten averages in terms of per-possession output.

Purdue’s defense makes it really hard to play offense and forces teams into one-on-one isolation matchups as well as any team in the country. Case in point, Michigan scored 1.14 points per possession but only 35% of its made baskets were assisted.

The Boilermakers threw out their standard ball screen defense and switched every ball screen when Isaac Haas was on the floor, essentially daring Michigan’s guards to make plays one-on-one.

“Did you see the game here last year? We weren’t going to do that again,” Matt Painter said after the game. “We were going to make them beat us a different way. Give Zavier Simpson credit, he almost beat us. But my man didn’t beat us, Moe Wagner. He destroyed us last year. I wasn’t going to watch that again.”

It took a while, but eventually Michigan’s guards did a really good job of attacking the switches. Zavier Simpson and Charles Matthews both made impressive plays against a defense that was daring them to attack, drive or shoot over the top and combined for 29 points and 7 assists on 24 shot attempts.

Michigan’s offense sputtered early, but figured out the right way to attack in the second half, managing 1.27 points per possession in the final 20 minutes including 7-of-12 shooting from deep. The Wolverines have also developed a knack for rebounding missed free throws and grabbed 34% of their misses on the night for an impressive 17 second chance points. That skill proved critical at several junctures late, but masks that the Wolverines were just 7-of-11 at the charity stripe.

This was the best opportunity that Michigan will have for a statement win all season and the game was right there for the taking. The loss is going to sting, but it is college basketball. The Wolverines will take the court at least another 14 times this season and many of those games will be just an unpredictable as tonight’s. That quest will start on Saturday afternoon in East Lansing when Michigan battles Michigan State in its only match-up of the season. 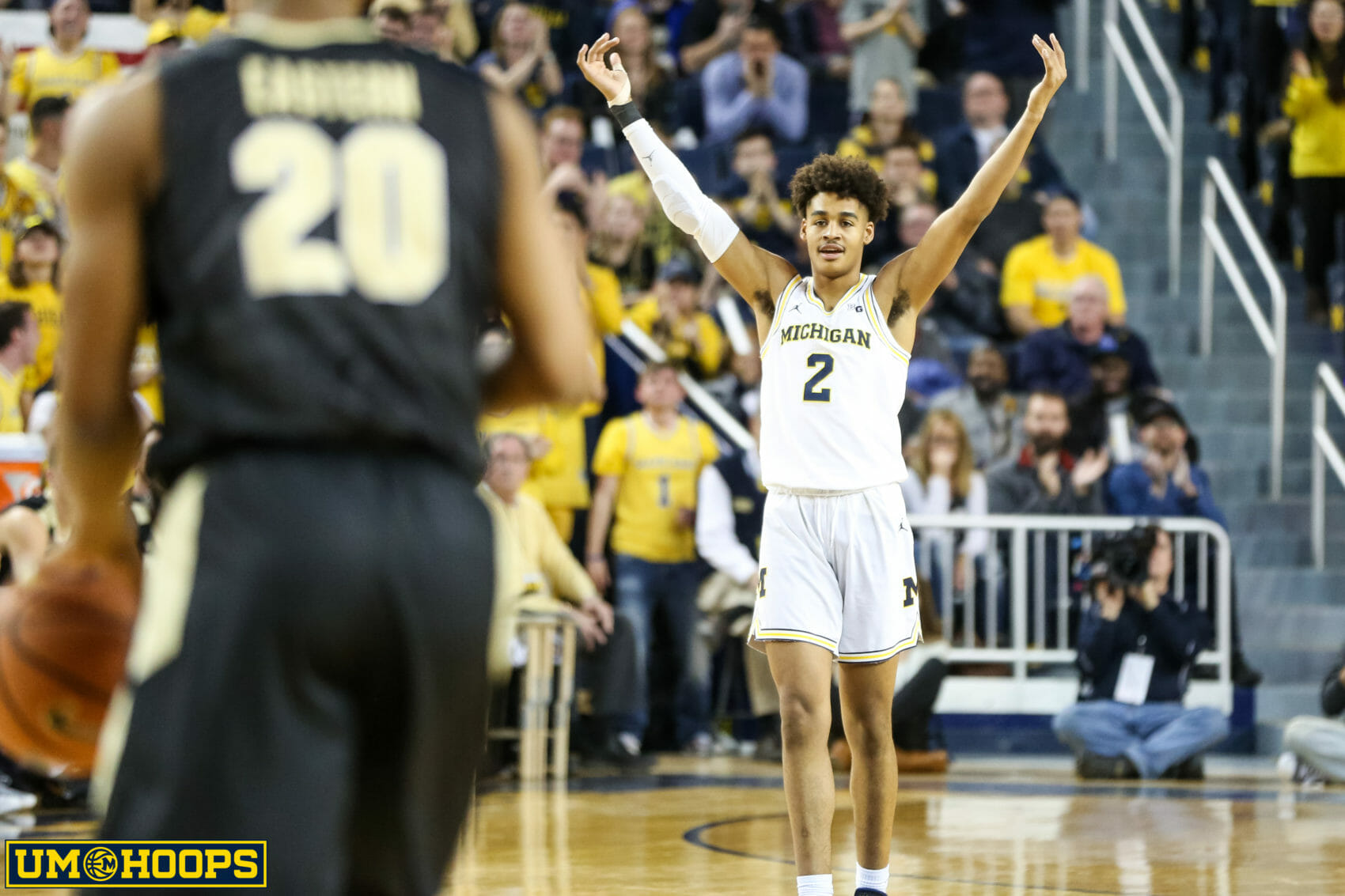 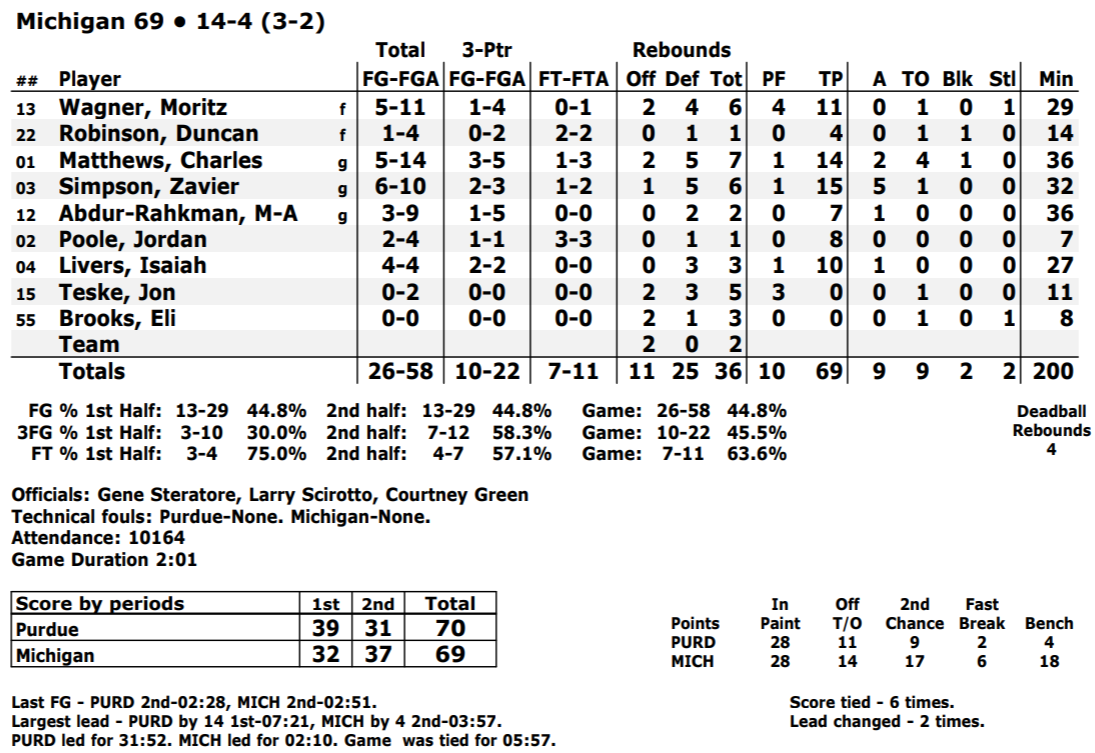