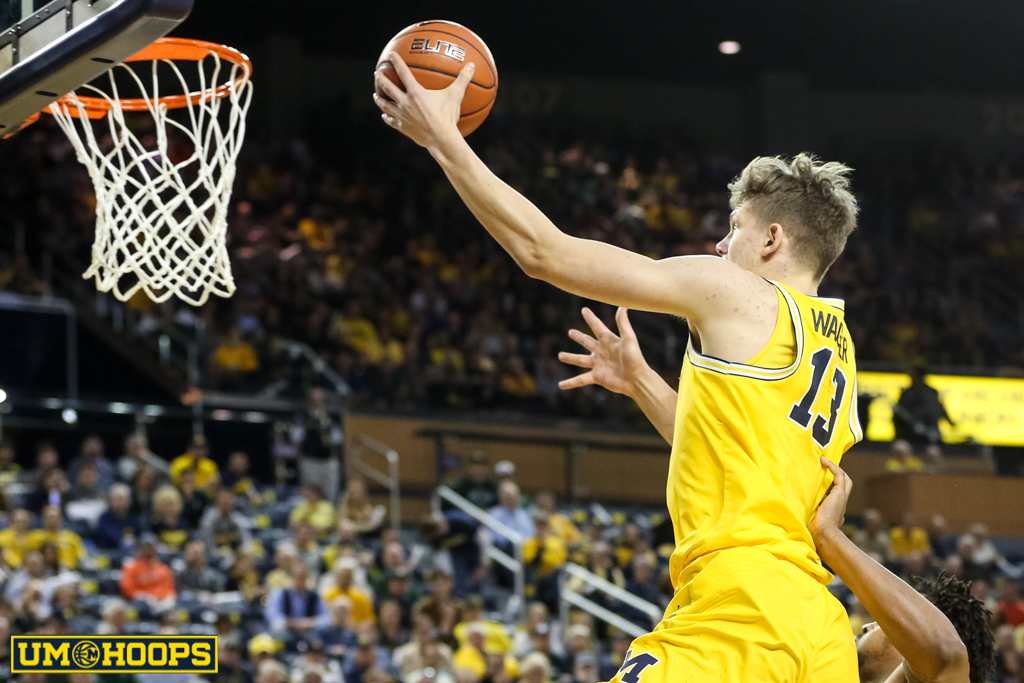 Michigan heads to the Breslin Center on Saturday for its lone game against Tom Izzo and Michigan State (12:00 p.m., FOX).

Michigan heads to the Breslin Center on Saturday for its lone game against Tom Izzo and Michigan State (12:00 p.m., FOX).

The Spartans have only lost twice this season — at Ohio State and vs. Duke — and have been regarded as a Final Four contender since Miles Bridges decided to return to school.

These two teams split their matchups last season, an 8-point Michigan State win in East Lansing and a 29-point Michigan win in Ann Arbor, but the Wolverines are replacing more key pieces from last year’s team including Derrick Walton, who scored 44 points in two games against the Spartans last year.

The Spartans have two lottery picks, the best offensive point guard in the Big Ten, a dominant low post presence. and a former five-star recruit relegated to a supporting role. In short, Tom Izzo’s roster is loaded.

The Spartans aren’t invincible though. After a 30-point win over Maryland, many were hypothesizing that this Michigan State team could run the table in the Big Ten. Instead they lost their next game by 16 points at Ohio State in their first true, non-Rutgers, road test of the year. More recently, Rutgers took Michigan State to overtime at the Breslin Center in an ugly scrappy affair.

To beat Michigan State, you have to figure out how to score against the best defense in college basketball. Two teams have scored at least a point per possession against the Spartans this season. They both won the game.

Duke’s recipe for success was a ridiculous offensive rebounding performance (52% of misses) and timely ball screen scoring from Grayson Allen. Ohio State pounded the ball inside (76% of shot attempts inside the arc) and converted right in the teeth of the Spartan defense. Neither script lends itself to Michigan’s roster makeup completely.

There are no notable chinks in Michigan State’s defensive armor. The only defensive weakness on the Spartans’ profile is that they don’t turn teams over. The fact is, they don’t have to force turnovers because they can sit back and dare you to shoot over them. That’s almost impossible as teams are shooting 35% on twos and 33.7% on threes against the Spartans including just 38% shooting at the rim, per Krossover. 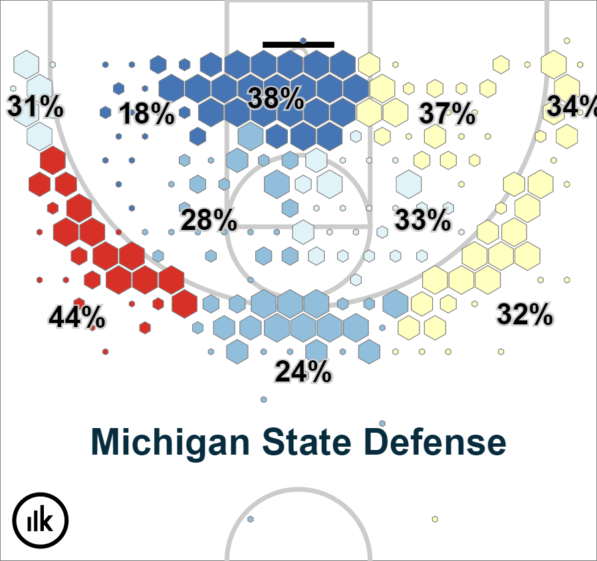 The hard part is, the Spartans are great at all five things on that list. The transition offense is among the best in the country, Nick Ward is an efficient post-up scorer, Tom Izzo is a Hall of Famer and can get Josh Langford, Miles Bridges and Matt McQuaid open looks, Cassius Winston is an effective playmaker and everyone is great crashing the glass.

To slow down Michigan State’s offense, I think you need to do two things. First, create some havoc whenever Nick Ward catches the ball with different defensive looks (or just get him in foul trouble). You have to do something to make Ward less comfortable and turn him into a passer. Second, take the ball out of Cassius Winston’s hands and try to make Bridges, Langford or Jackson create something off the bounce. That group still has plenty of talent, but they will be less effective trying to make plays rather than catching and shooting after Winston breaks down the defense.

One notable difference between the two programs lies in assist rate. An incredibly 70.5% of Michigan State’s made baskets are assisted — including 19 of 21 makes last time out against Rutgers — the highest rate in the country. Michigan is ranked just 108th in the same stat. I think this speaks to some of the differences in the offenses, with Michigan State’s half court offense more reliant on sets and Michigan’s more read-and-react style, but it also speaks to how well the entire Michigan State roster passes the ball.

I broke down the individual matchups in this game in-depth on Thursday. Read that post here.

KenPom likes Michigan State by a final score of 69-59, giving the Wolverines a 20% chance at the road upset. Michigan has played a few tough road games this year, but none nearly as difficult as a trip to the Breslin Center where any sort of positive result has been hard to come by.