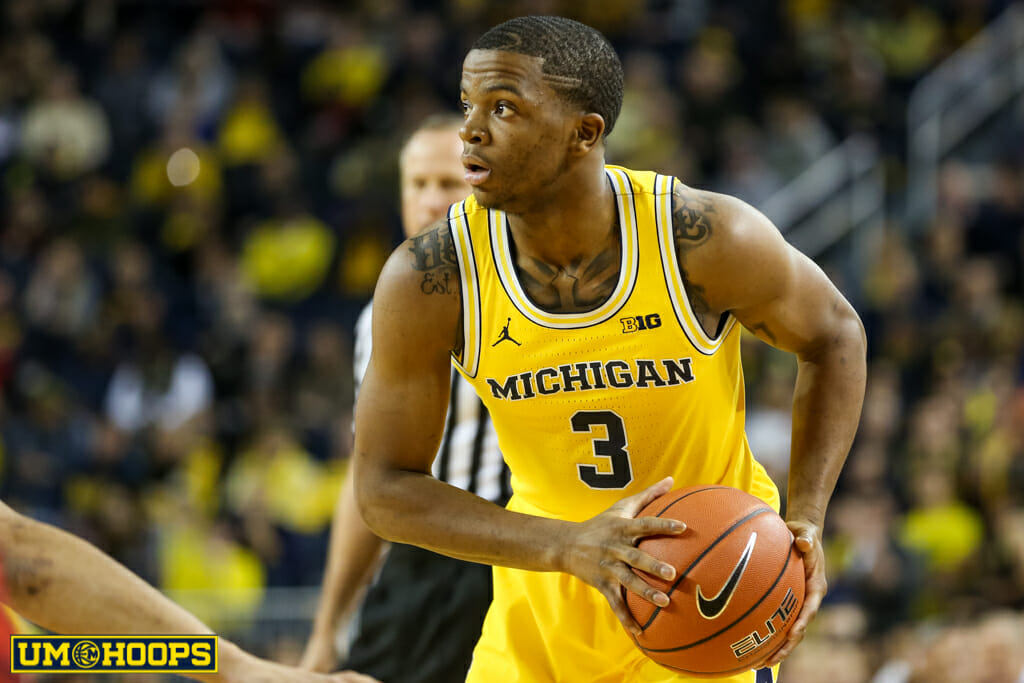 Michigan’s reward for its biggest road win in years is another home game just 48 hours later. The Wolverines host Maryland this evening for an early 6:30 p.m. tip (FS1).

Michigan’s reward for its biggest road win in years is another home game just 48 hours later. The Wolverines host Maryland this evening for an early 6:30 p.m. tip (FS1).

The last time Michigan hosted Maryland, it was John Beilein’s team that was sputtering and trying to remember how to play defense. This year, it is Mark Turgeon’s group treading water and struggling defensively. The Terps have allowed 91 points in all three of their Big Ten road games and have the worst defense in the Big Ten on a per possession basis.

Maryland opened the year with high expectations due to the sophomore trio of Anthony Cowan, Justin Jackson and Kevin Huerter. Cowan and Huerter have lived up to the hype, but Jackson battled through a shoulder injury for 11 games before shutting things down. The Terps enter tonight’s game with a 14-5 (3-3 Big Ten) record, but with a resume weak on quality or road wins.

Maryland is ranked first in the Big Ten in free throw rate allowed, but last in the Big Ten in both 3-point rate and percentage. Big Ten teams struggle to get to the line, but they shoot more threes and make them more efficiently against the Terps than any other team. That’s a troublesome combination.

Maryland’s offense ranks third in the Big Ten at 1.11 points per possession. The Terps are ranked in the top half of the league in all four factors on offense. They shoot 50% on twos (4th() and 35.6% on threes (6th) for a 51.1 effective field goal percentage (6th). They’ve turned the ball over on just 15.6% of their offensive possessions in league play (4th), but are ranked 293rd nationally for the season at 21.3%.

Maryland is also a great offensive rebounding team, rebounding 31% of its misses in league play (3rd) and gets to the free throw line more often than every Big Ten team other than Michigan State.

Sophomore point guard Anthony Cowan is one of the better point guards in the Big Ten. Cowan is a terrific 3-point shooter off the dribble — 59 eFG% on all off the dribble jumpers, per Krossover — and he shoots 38% from deep overall. Just under half of his shot attempts are threes and he only shoots 44% inside the arc (39% in Big Ten games), but those stats don’t do his game justice. He’s one of the league’s best at drawing fouls — he draws 5.7 per 40 minutes and attempts 67 free throws for every 100 field goal attempts — and has mastered the art of the Melo Trimble head jerk that seems to work every time.

6-foot-7 sophomore Kevin Huerter is one of the elite shooters in the Big Ten at 46% from deep. Huerter can shoot off of the catch or bounce and has elite range and surprising passing ability. He can be turnover prone at times and his offense inside the arc almost all come at the basket. 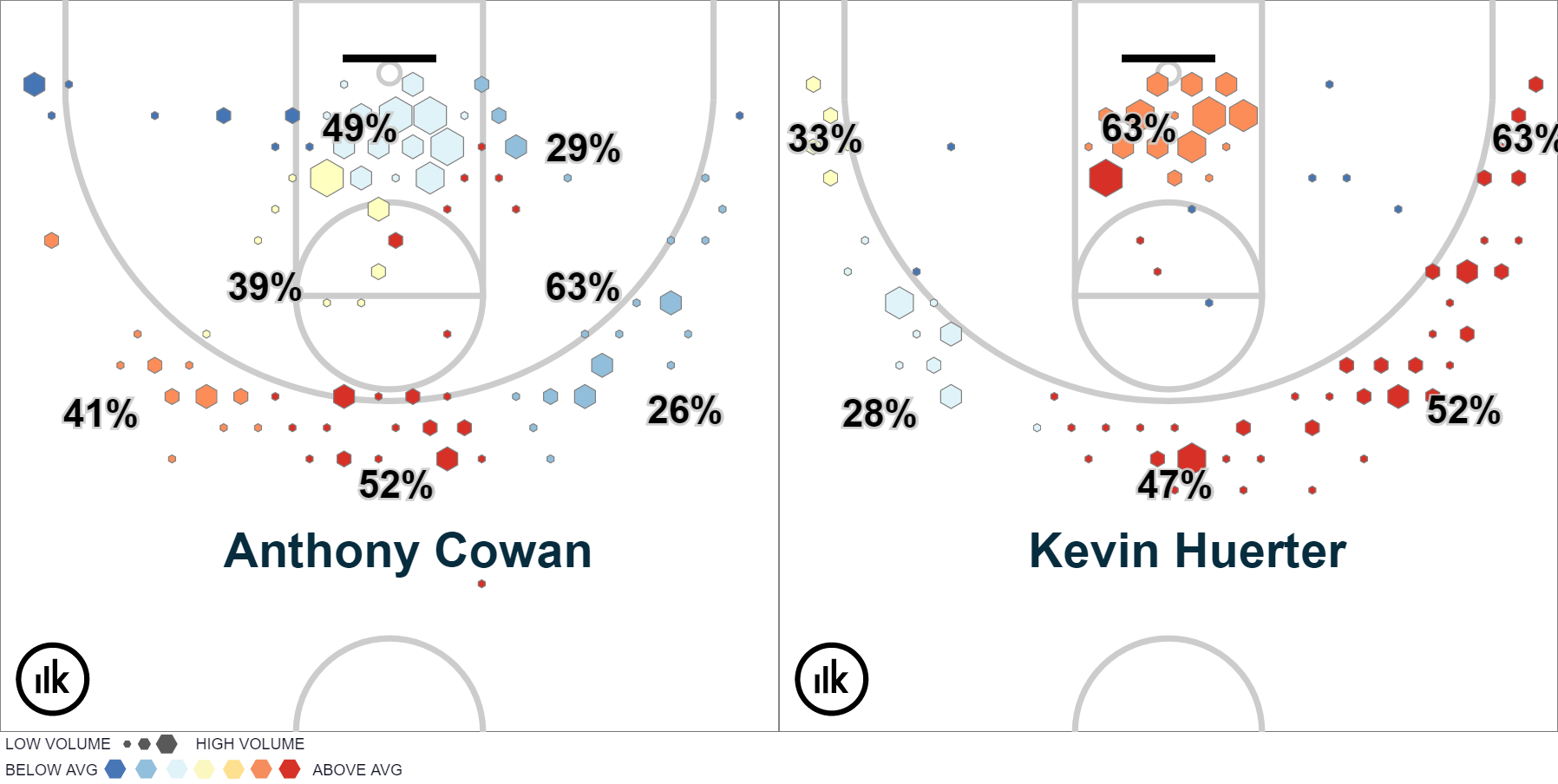 Freshman wing Darryl Morsell provides energy and driving ability off the bench. He’s great at drawing fouls and crashing the offensive glass, but he still isn’t the most efficient player. He’s shooting just 45% on twos and is 2-of-17 from three with an elevate turnover rate. 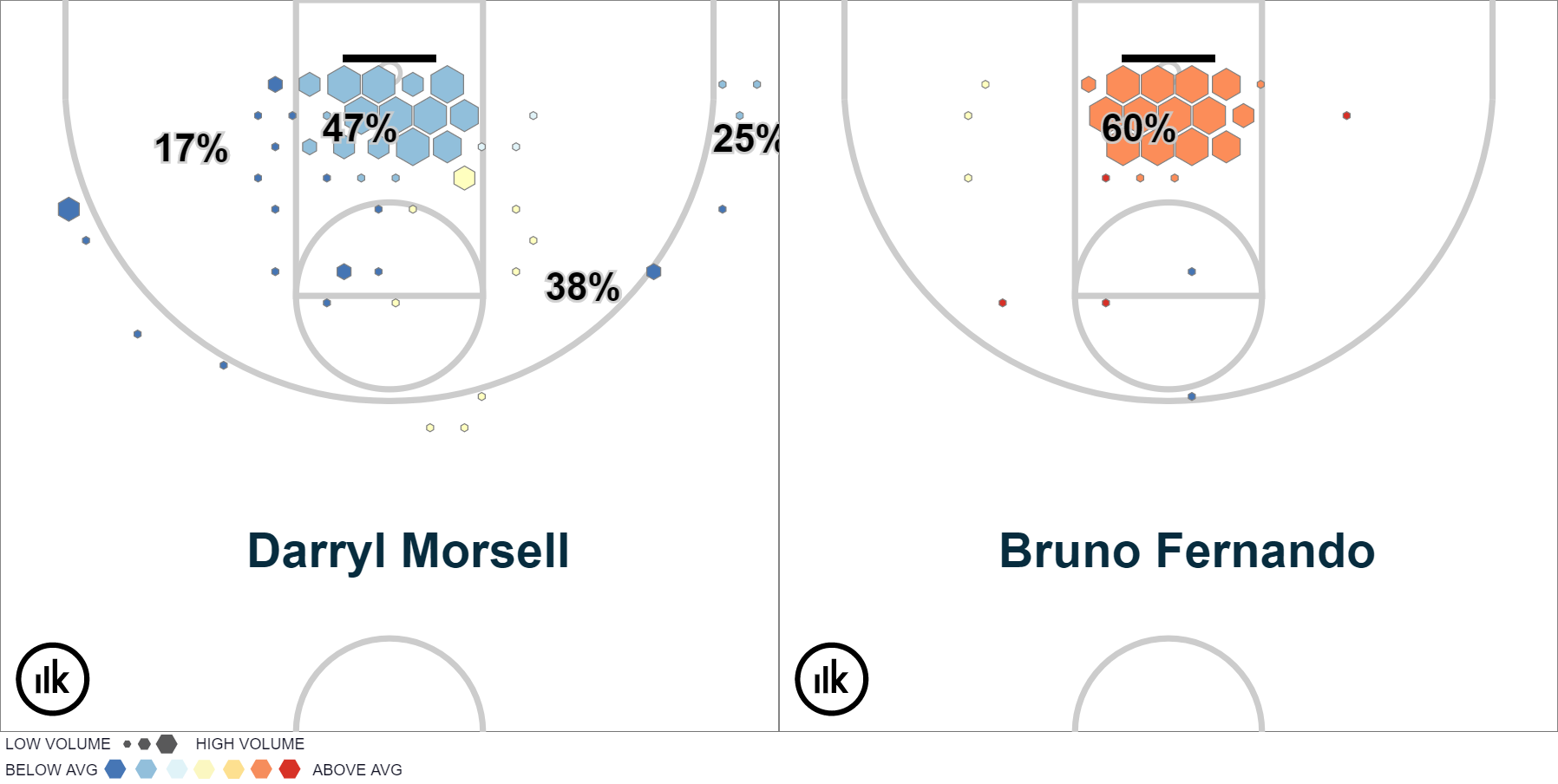 Freshman big man Bruno Fernando is a 6-foot-10, 245-pound freshman big man who shoots 60% on twos, blocks shots and is an effective rebounder on both ends of the court. 7-foot-1 senior big man Michal Cekovsky also plays major minutes down low. Both players are solid finishers around the basket and Fernando has especially impressive rebounding numbers. Fernando uses more post-up possessions, but Cekovsky has been significantly more efficient on the low block.  Neither player is a legitimate threat to stretch the floor although Fernando will attempt the occasional elbow jumper.

The injury to Jackson has damaged Maryland’s depth at the four position and makes it much tougher for Turgeon to match up against Michigan’s perimeter-opriented offense. Jackson is basically the prototypical small ball four for the college level: he’s capable of guarding perimeter spots, hits threes and is aggressive on the glass. His backups have unique skills, but they have weaknesses to their game, especially in this matchup, that Jackson wouldn’t.

Expect 6-foot-7 shooter  Jared Nickens to play extended minutes at the four position. Nickens is a career 37% 3-point shooter and 81% of his shot attempts have been from 3-point range over his three years at Maryland. When Nickens is on the floor, Michigan should have no problem playing Duncan Robinson for extended minutes.

The other options at the spot are more traditional interior players. Turgeon can go with both Fernando and Cekovsky on the floor at one time, a look that Michigan would likely be able to exploit by spreading the floor, or play 6-foot-9 sophomore Joshua Tomaic. The Spanish forward played a career high 22 minutes at Ohio State and scored 11 points. He’s 3-of-7 from deep and has a bit more perimeter skill than the other options.

Junior wing Dion Wiley missed Maryland’s last game with a concussion, but the 6-foot-4 guard is shooting 40% from three and provides an additional perimeter option off the bench.

KenPom likes Michigan on its home floor by a final score of 70-63, giving the Wolverines a 72% chance at moving to 5-2 in league play. This is a huge spot for Michigan at home on short rest coming off of an emotional win, but defending home court would do a lot to cement the gains from Saturday’s win in East Lansing.